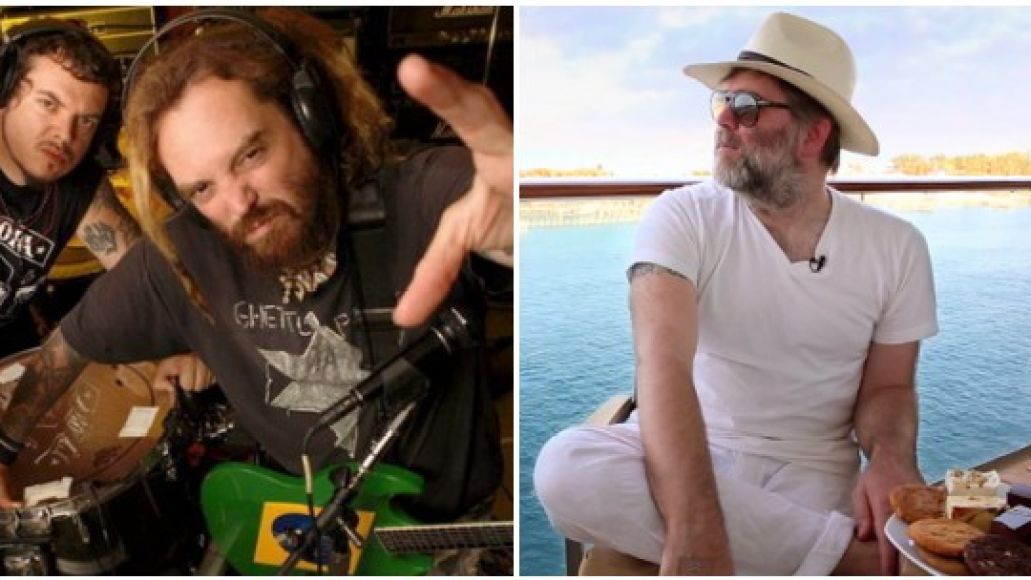 In 2007, former Sepultura brothers-in-crime Max and Igor Cavalera set aside their bloody feud and reunited for the first time in 11 years as the Cavalera Conspiracy. Together, they’ve released two albums under the moniker — 2008’s Inflikted and 2011’s Blunt Force Trauma — and that family bond will continue on a new EP and LP. Here’s a wild twist right out of Maury, though: LCD Soundsystem mastermind James Murphy is getting involved.

His first order of business? Convert the band into “a metal version of the White Stripes.” In an interview with The Guardian, Igor explained that Murphy originally spoke of working with the entire band, but talk quickly turned toward shifting the lineup, which now consists of Max on guitar/vocals and Igor on drums.

“He basically asked me to get rid of the rest of the band,” Igor explained. “According to him, ‘This will come to be the heaviest record of our careers.’ He promised me that.” Growing pains aside, Igor remains quite amicable with the decision, adding: “The last time my brother and I played together as a duo was back home, when we were still teenagers learning how to play in our bedrooms. This new project feels as though my brother and I are coming back home, 30 years later.”

Originally, Murphy came into the spotlight when he performed alongside MixHell, a DJ group led by Igor’s wife, Laime Leyton. As Igor explained to DJ Mag last year: “We are proud to have gained the support of the electro scene, but most of all, we are glad to have them as special friends in our lives. James Murphy, Erol, Soulwax, Boys Noize, DJ Hell, Justice and others — besides being supporters — are part of our family today, and this strong relation we’ve built is priceless.”

Below, check out the brothers in action from a 2012 festival gig in Norway.