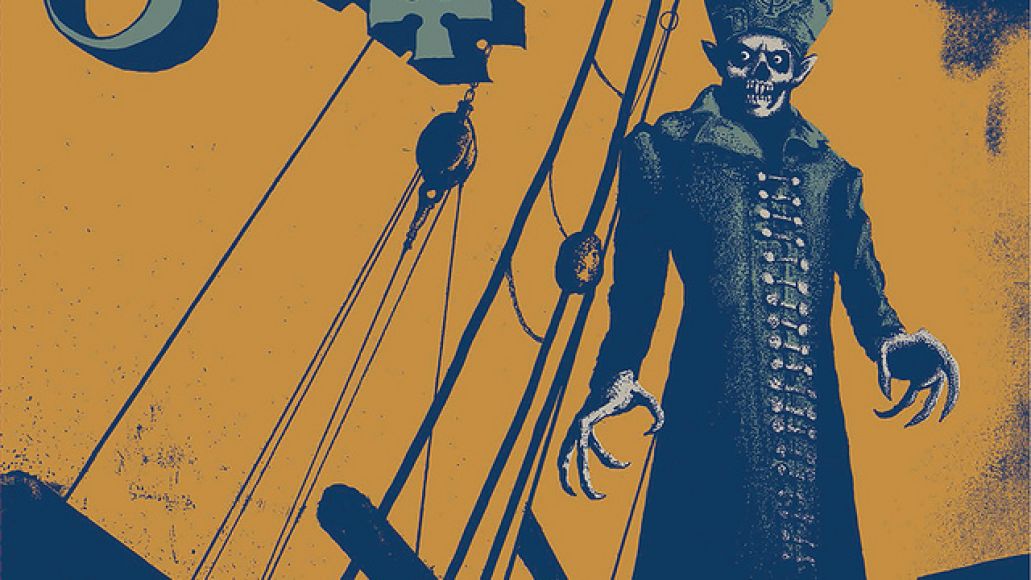 Everyone’s favorite Swedish metal overlords turned sacrilegious hamburger, Ghost B.C., have announced plans for a new EP, recorded and produced by none other than Dave Grohl.

Due out November 19th, If You Have Ghost features covers of ominously titled songs by Depeche Mode (“Waiting For The Night”), ABBA (“I Am A Marionette”), Roky Erickson (“If You Have Ghosts”), and Army of Lovers (“Crucified”), in addition to a live version of their original composition “Secular Haze” “recorded from a live ritual in Brooklyn earlier this year.”

In anticipation, Ghost B.C.’s take on “If You Have Ghosts” is streaming below. Grohl plays drums on the track.

Ghost B.C. team with Dave Grohl for new EP, If You Have Ghost