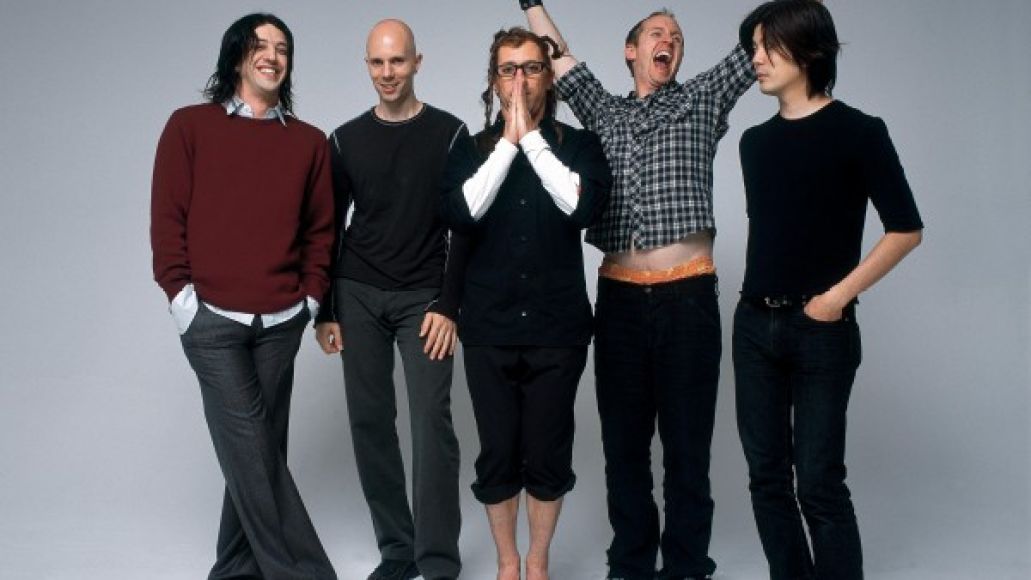 On November 26th, A Perfect Circle will release A Perfect Circle Live: Featuring Stone And Echo, a box set collecting the band’s three-album discography alongside a DVD of a 2011 performance at Red Rocks. A week before, on November 19th, the band will unveil Three Sixty, a 13-track (or, 19-track deluxe) greatest hits collection.

Amid standbys like “Judith”, “3 Libras”, and “Passive” is a track entitled ”By and Down”, which serves as APC’s first new song in nearly a decade. Written during the early stages of the band’s re-emergence in 2010/2011, the five-minute piece of clanging drums and sweltering guitar hooks builds in volume and intensity like an art-rock Led Zeppelin. Listen to it now over at SPIN, or watch the band perform the song live below.

In an interview with Rolling Stone, frontman Maynard James Keenan discussed the genesis of both releases:

“Of course, record companies always have their little clause in their contract, about their right to release a greatest-hits record. I think that can be kind of weird sometimes, when you see ‘the greatest hits,’ no, no — ‘the greatest greatest hits.’ Releases by a record label that the band had nothing to do with, and there’s several versions of the same thing, over and over again. That’s kind of why we did the DVD and the box set. If you’re going to release a greatest hits, we should also offer something that’s not just the old recordings, rearranged. But on that greatest hits, there’s going to be the studio version of ‘By And Down’, which is the new track that we’ve been working on, that we never quite got around to recording.”

Check out the Three Sixty tracklist below (pre-orders are ongoing). For more info on A Perfect Circle Live, head here.

Listen: A Perfect Circle's "By and Down", their first new song in a decade