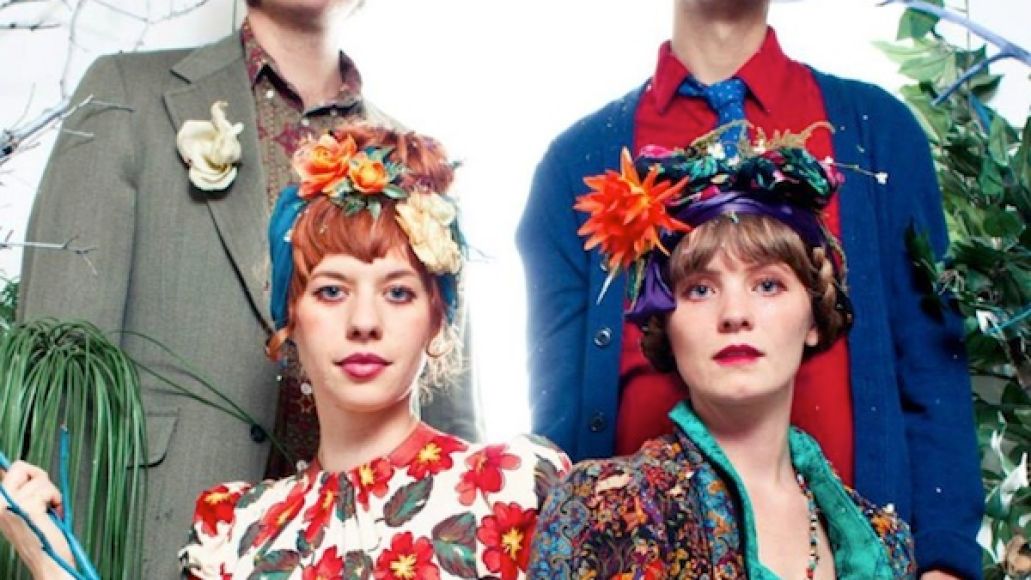 While Voxtrot’s impromptu breakup in 2010 is still a sore subject for devout fans, its band members have moved on with new projects. Back in July, we saw frontman Ramesh Srivastava debut new solo material. Now, ex-Voxtrotters Jason Chronis and Matt Simon are making music as members of the newly formed four-piece Tele Novella.

Along with members of Agent Ribbons, the Austin-based group craft charming indie-pop — not unlike Voxtrot’s sunny 2007 self-titled LP — with an added hint of ’60s girl group pep. Their forthcoming 7″, due out November 5th, features two new tracks, “Don’t Be A Stranger” and “No Excalibur”. Listen to both below, and be sure to stay tuned for more from Tele Novella, including a US tour and a full-length album in 2014.