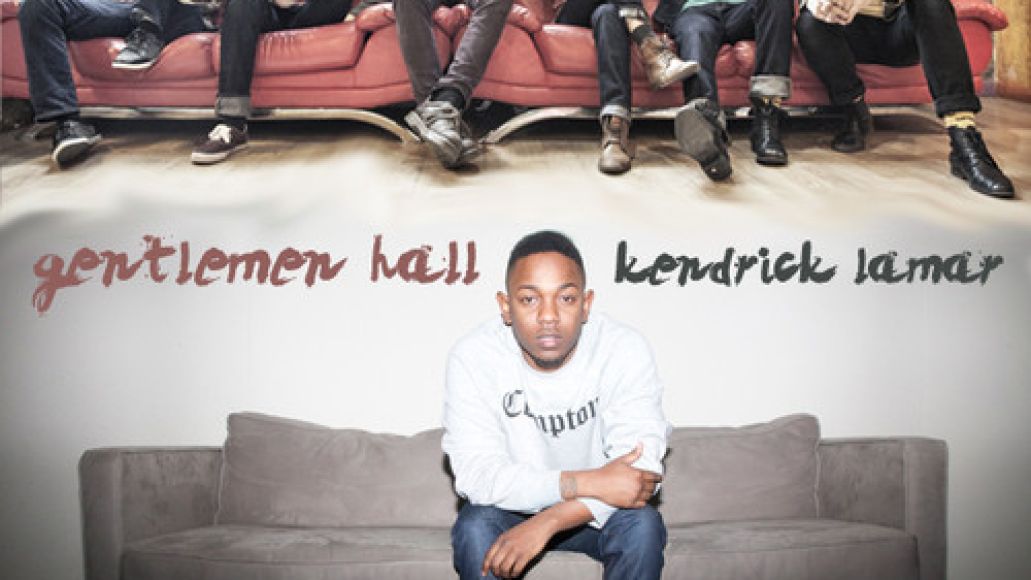 Last weekend, I got married, and like any red-blooded American male before me, I concluded my single life with a rousing bachelor party. In between tequila shots and aimlessly wandering around downtown Phoenix, my groomsmen and I stopped by the Turf Irish Pub, where our waitress regaled a dozen or so drunks with a folksy cover of Kendrick Lamar’s “Swimming Pools (Drank)”. Despite eventually consuming enough cheap rum to erase six hours of the evening, I stand by my initial assessment that it was one of the finer Lamar covers floating around out there.

Now, free from the influence of Strongbow, grape cigars, and fried cheese balls, I offer a similar distinction to Boston synth-pop band Gentlemen Hall’s take on “Bitch, Don’t Kill My Vibe”. Like any truly worthwhile cover, the band makes the track their own, stripping the hazy, contemplative beat in favor of the lusty vibes and shimmer provided by pulsating synths, cascading tribal drums, and just enough flute as to not make it a trite gimmick. But the real props belong to singer Gavin Merlot, whose breathy croon radiates pure sensuality despite tackling a decidedly intricate set of verses. Listen in below.

Gentleman Hall are currently recording their major label debut, due out early next year via Island Records. Next month, they’ll be on tour with Third Eye Blind, and you can consult the full schedule below.