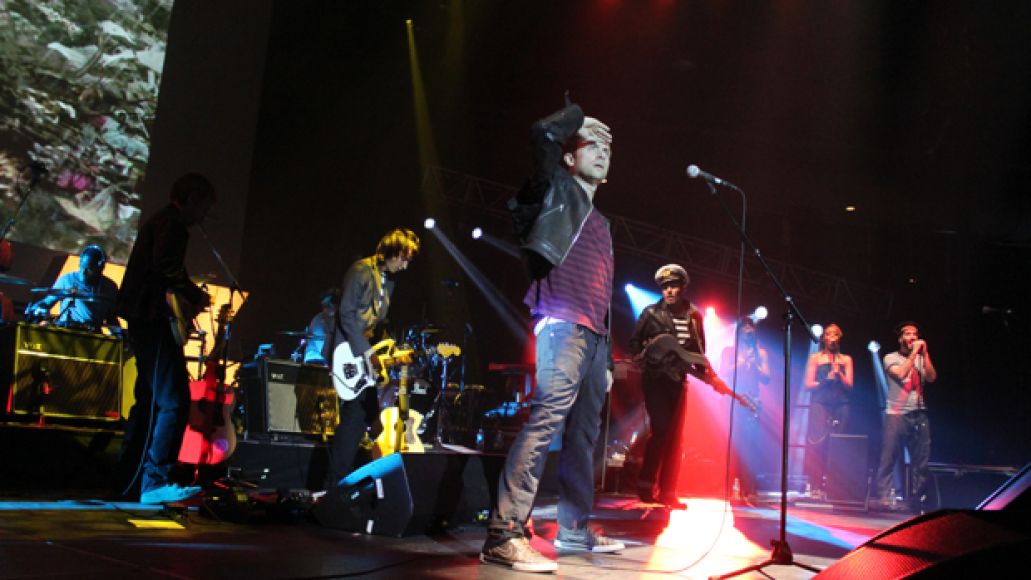 Over the weekend, Damon Albarn filled in for Dermot O’Leary as host of his BBC Radio 2 show. In addition to interviewing both Idris Elba and The Clash’s Paul Simonon (no easy task), Albarn debuted an unreleased Gorillaz cut entitled “Whirlwind”, taken from the sessions for 2010’s Plastic Beach. Listen to the song below (via Stereogum), or stream the entire radio show at BBC Radio 2’s website.

Recorded with Syrian National Orchestra in Damascus, the 90-second orchestral piece sounds like it’s ripped from some psychedelic Spaghetti Western soundtrack. According to Albarn, due to the recent political upheaval in Syria, he’s lost contact with several friends in the orchestra, and dedicated the song to their continued safety.