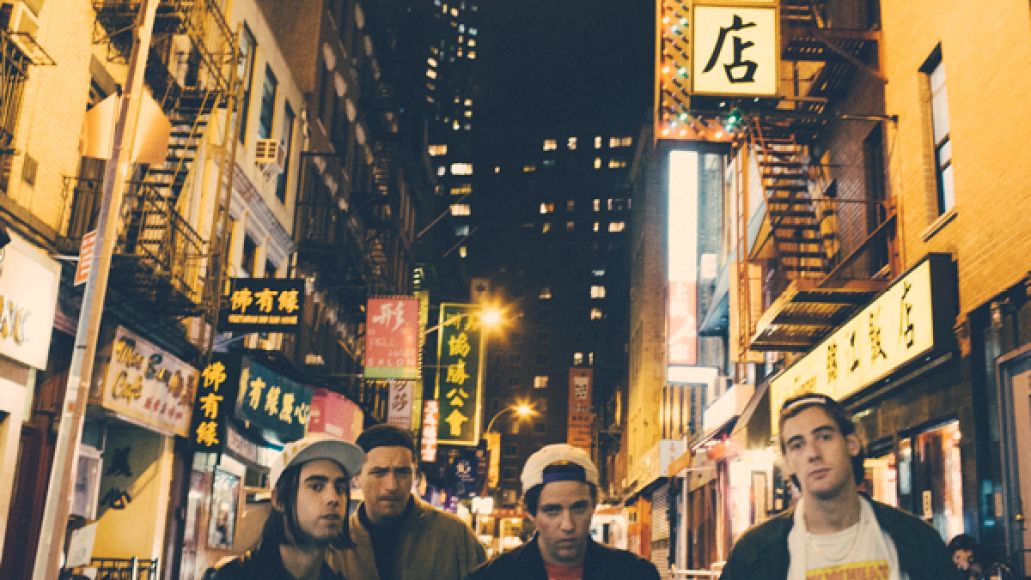 New York indie-rock outift SKATERS get the Halloween festivities started early with a new stand-alone single, “Let The Heads Roll”. Supposedly a “literal” interpretation of the zombie apocalypse, the track meshes the group’s frills-free brand of Strokes-ian rock with bits and pieces of horror anthems like “Monster Mash” and “Werewolves of London”. The resulting punk-rock Frankenstein is as scary as it is invigorating, with talk of shuffling corpses and witch-like cackles sounding extra devilish over pulses of distortion and a sweltering guitar hook. Listen in below.

“We chose zombies because they are so popular in our culture that people will listen to the song after Halloween,” the band told MTV. “Like, you can listen to this song all year round. Plus, your typical werewolf or vampire just doesn’t dance.”