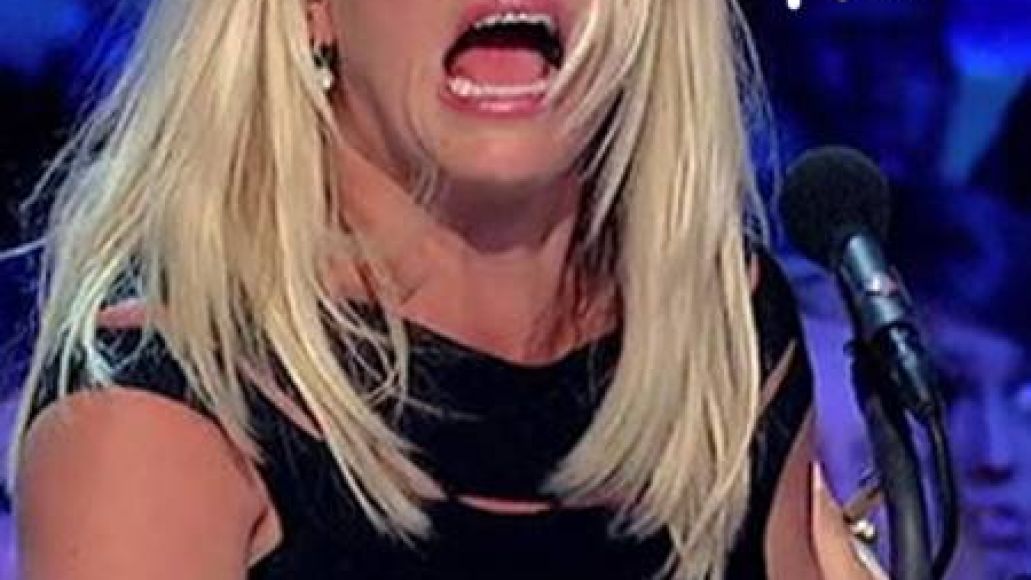 Listen, the 2000s were a tough time for Britney Spears. Long gone were the days of the The Mickey Mouse Club and “Oops!…I Did It Again!”, and family life with K-Fed wasn’t exactly picture perfect. But you know, girl still hit the recording studios later in the decade and managed to put out a mighty good effort with her album Circus (its “Womanizer” single even earned a Grammy nod). Unfortunately, I don’t know that her live show was as triumphant.

This live video, taken from a 2001 Las Vegas concert, shows Spears, um, singing. Now, we’ve shown you some historical isolated vocal tracks before, like from The Beatles, Marvin Gaye, Freddie Mercury and David Bowie, and even OutKast. Those were all examples of some powerhouse vocalists, tracks that knock you on your ass in awe. This montage of Spears’ Vegas performance will more likely have you ducking your head into your shoulders as you cringe away from the speakers. Obviously she’s never purported herself to be a powerhouse vocalist a la Mariah Carey — rather more of an all-around entertainer — so crystalline and soaring vox are hardly to be expected at her gigs. But if she hasn’t improved her live performance from what it sounds like here, then we call BS on her recent lip-syncing denial.

Just for the sake of comparison, here’s Beyoncé’s isolated vocals from her own Las Vegas show in ’09.

Listen to Britney Spears' live isolated vocals... if you dare