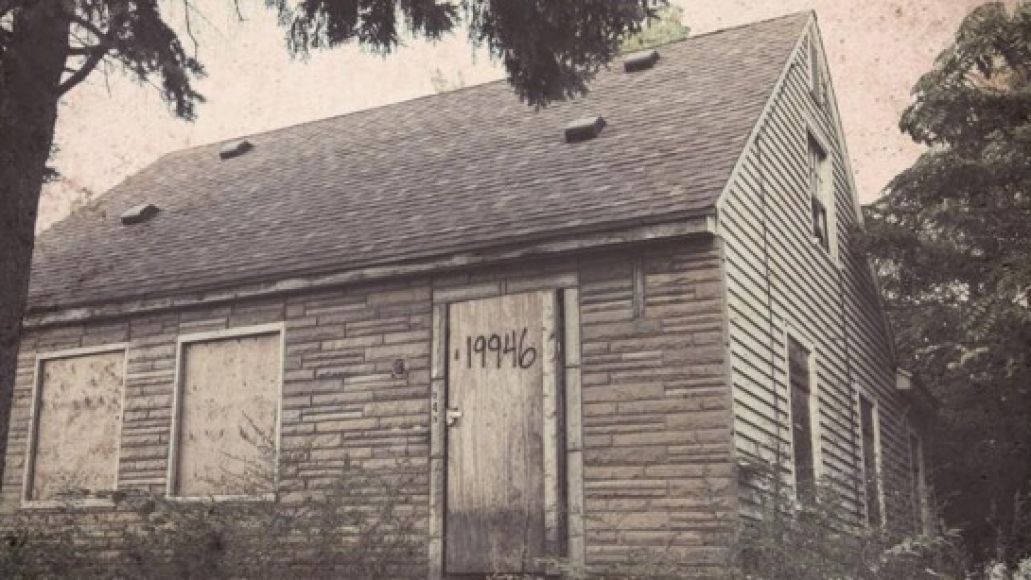 Eminem has broken off another piece from his upcoming The Marshall Mathers LP 2 in the form of the ambitiously titled “Rap God”. Perhaps most impressive here is Eminem’s flow, which grows faster and more furious with each new bar. Unfortunately, the lyricism falls victim to dated references (Monica Lewinsky and Hotstylz’s “Lookin Boy”) and the tired technique of using other rapper’s monikers to complete rhymes (Busta Rhymes, Waka Flocka Flame). Meanwhile, the accompanying trap beat is pedestrian at best, and leaves “Rap God” lacking the commercial appeal of the Beastie Boys-inspired lead single, “Berzerk”. Godly? No, not at all. But, at the very least, it’s better than the Call of Duty floater “Survival”. Listen in below.

Listen to Eminem's new song "Rap God", which is anything but godly