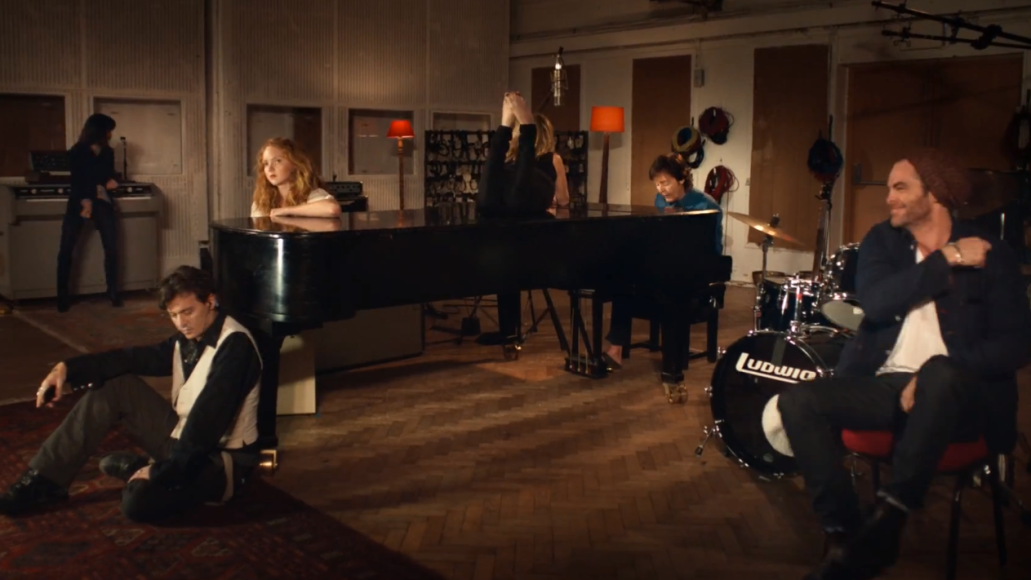 In his video for “Queenie Eye”, Paul McCartney lays down the track at Abbey Road studio, the storied location of many a Beatles recording sessions. As the song develops, he’s joined by a cavalcade of celebrities, including Johnny Depp, Meryl Streep, Kate Moss, Jude Law, Chris “Lil’ Captain Kirk” Pine, and pretty much everyone else you can think of. Well, everyone except Thom Yorke; McCartney’s apparently still too chicken to ring up the Radiohead frontman. So he and you can instead experience the all-star listening session in the video below.