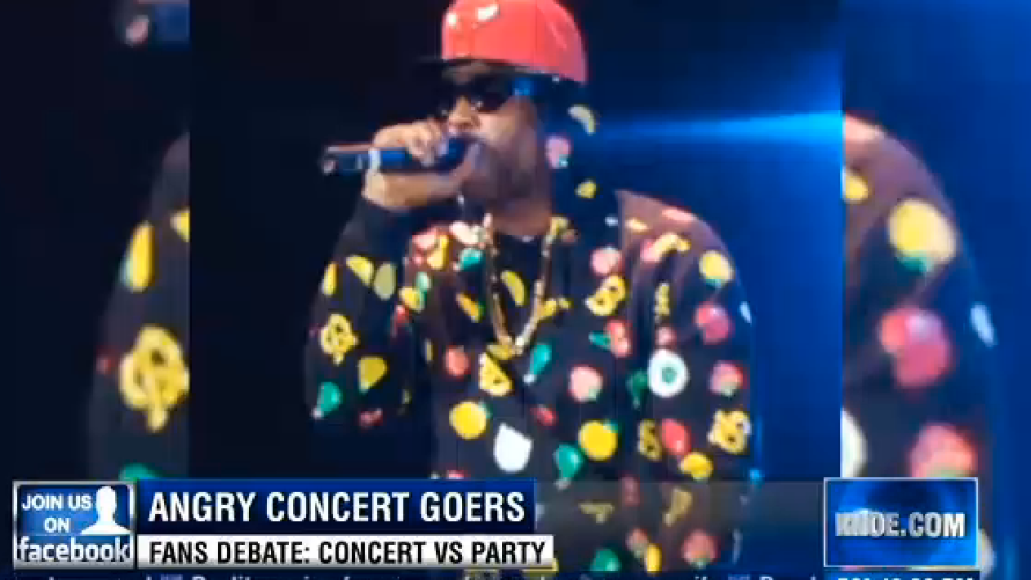 Update: According a representative for Kelly, it was, in fact, the Chicago crooner on stage at the event (via Pitchfork). The same representative noted that the evening was billed not as a full concert but featuring an “appearance” from Kelly.

Might R Kelly have pulled a DOOM and sent an impersonator to perform at a recent concert? Or, did a concert promoter unknowingly book said impersonator and advertise him as the real McCoy? One thing is certain: R Kelly never showed up to Ced’s All Black Affair in Monroe, LA on Saturday night, and now attendees of the concert are looking for answers.

As KNOE 8 News reports, Kelly’s name was listed on advertisements and a Ticketmaster page for Ced’s All Black Affair. However, a local impersonator instead took the stage and briefly lip synced before being booed off stage.

In a text message sent to KNOE 8 News, the concert’s promoter, Cedric Johnson, said he was “dooped” and that tickets will be refunded. However, Johnson later denied that he himself sent the text message.

According to a Facebook page for Ced’s All Black Affair, a statement explaining “what actually happened” will be released later today.

Below, watch KNOE 8 News’ report on the story: