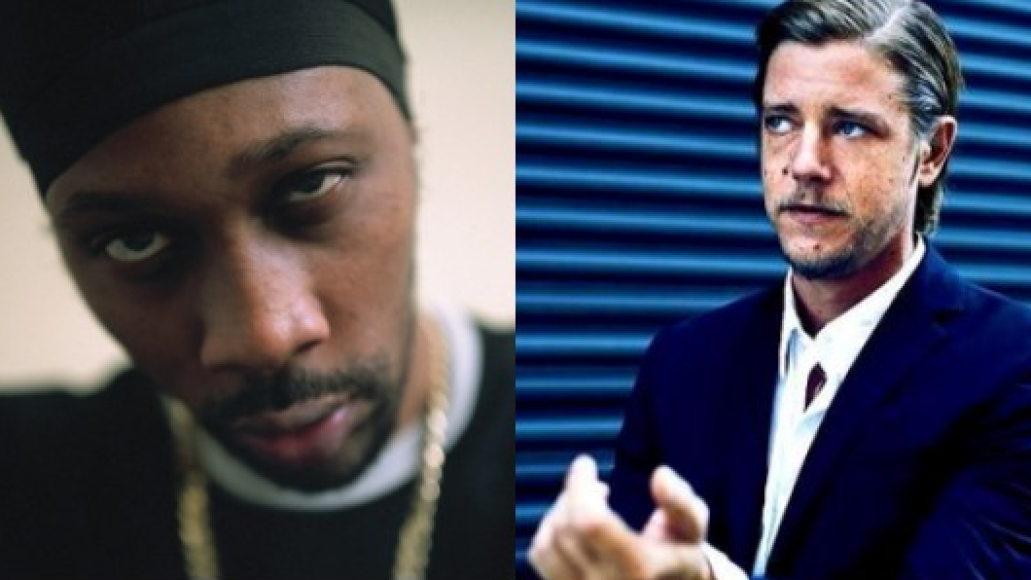 Back in January, Interpol frontman Paul Banks released his debut hip-hop mixtape, Everybody On My Dick Like They Supposed To Be, which featured cameos by heavyweights El-P, Talib Kweli, and Mike G. While random at a time, Banks’ lives on with news of a forthcoming collaborative album alongside Wu-Tang mastermind RZA. So, is it going to be Intertang or Wupol?

Speaking with Rolling Stone, the director-rapper-Kung Fu devotee said the pairing was all his idea, which leads us to believe he owns every Interpol album. He added, “My manager came to me and said, ‘Who do you want to do an album with?’ I said, ‘Well, Paul just has an energy about him. I think if we put our sandwich together it will be great.”

The duo have spent the last six months on the record, which RZA described as “very, very different than what I do, but very unique and very peculiar.” He also mentioned it would feature mostly live instrumentation, similar to his recent set at Los Angeles’ Bedrocktoberfest.

In addition to any creative chemistry, RZA explained the pair are real-life friends, adding, “Me and Paul, we play chess together and just hang out. He came and spent two weeks at my house – I have a guesthouse in my studio.” Jeez, just get matching BFF pendants already, why dontcha?

RZA concluded that the album “won’t be out for a while. It may take us a year to finish this album,” but stressed it’s “where my heart is at musically.” When complete, it will be released through Warner Bros.

In the same interview, RZA talked about a new crop of movies he’s directing, his Fox TV show Gang Related, and how he allowed Drake to use the Wu sample in “Wu-Tang Forever” totally “free of charge”. Read it here.

Below, check out RZA’s performance of “Shimmy Shimmy Ya” from the aforementioned Bedrocktoberfest.

RZA and Interpol's Paul Banks are recording an album together