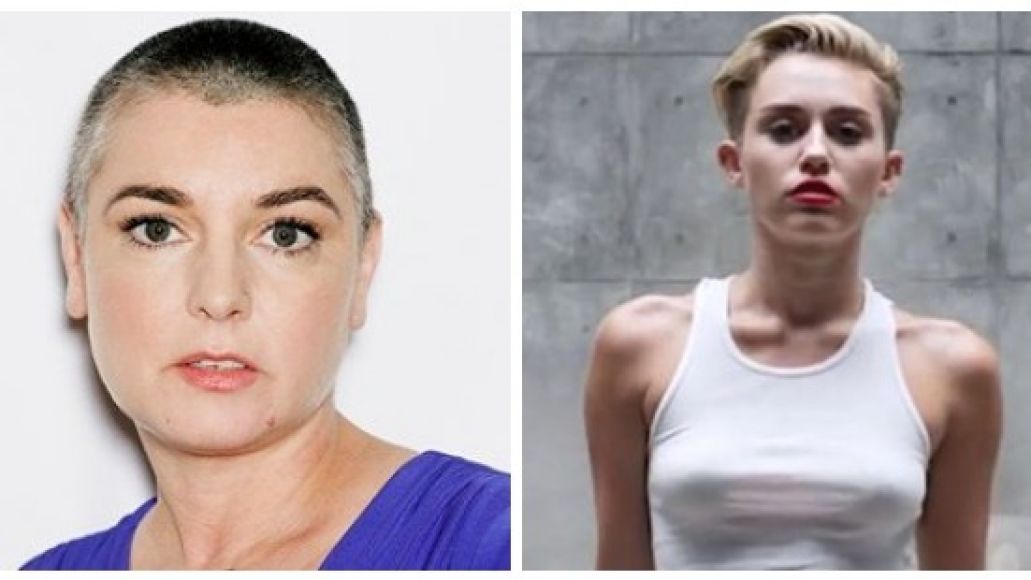 Sinead O’Connor is on a tear, and it’s bringing women down. As Roxanne Gay points out in an insightful piece contextualizing the history of open letters, the form is often used to make political and personal arguments that, while they may be addressed to one person, are meant to be heard by many. Perhaps the genre’s weighty historical background is why Sinead O’Connor’s wordy assaults on Miley Cyrus feel stale and childish, especially coming from a 46-year-old. The fifth letter from Sinead recently hit the Internet and inspired me to write this, because enough is enough.

There’s no question that Cyrus’ defense of herself bordered on bullying, and presenting the grieving, searching tweets of O’Connor from a few years back to her hordes of Smilers was a bad idea. But it’s also the move of a 20-year-old who has just faced intensely flawed criticism from one of her musical idols. Given that there’s almost no one in the country who isn’t talking some form of shit about Cyrus at the moment, it’s sad but predictable that she’d respond in a brash manner to the letter.

And it’s worth restating: The first letter, and all of the subsequent responses from O’Connor, were deeply flawed. I had trouble even getting through her first letter because it played so directly into ideas about sexuality that are most often purported by men— slut-shaming and that whole ilk— and loosely projected them onto Cyrus instead of interacting with her as a person. Operating from a position of power and attempting to adopt a motherly role, O’Connor equated Cyrus’ embrace of sexual imagery with being “pimped” and exploited, disregarding the idea that Cyrus could be the one running the show, robbing her of agency in her choices. Which is a line of thought that a lot of people seem to be leaning toward. It seems that people view Miley Cyrus’ renaissance as something that’s been thrust upon her and tweaked from above, not something that stems from the singer herself. This kind of thinking robs Cyrus of her agency and perpetuates the view of her as a “child” who must be coddled and controlled—something that O’Connor, of all people, should be aware of and resist. There was certainly truth to her statement that the music industry, and the money-clogged gears that turn it, do not care about Cyrus’ well-being, but it seems short-sighted to equate this with Cyrus’ recent choices or whether they are hers at all. 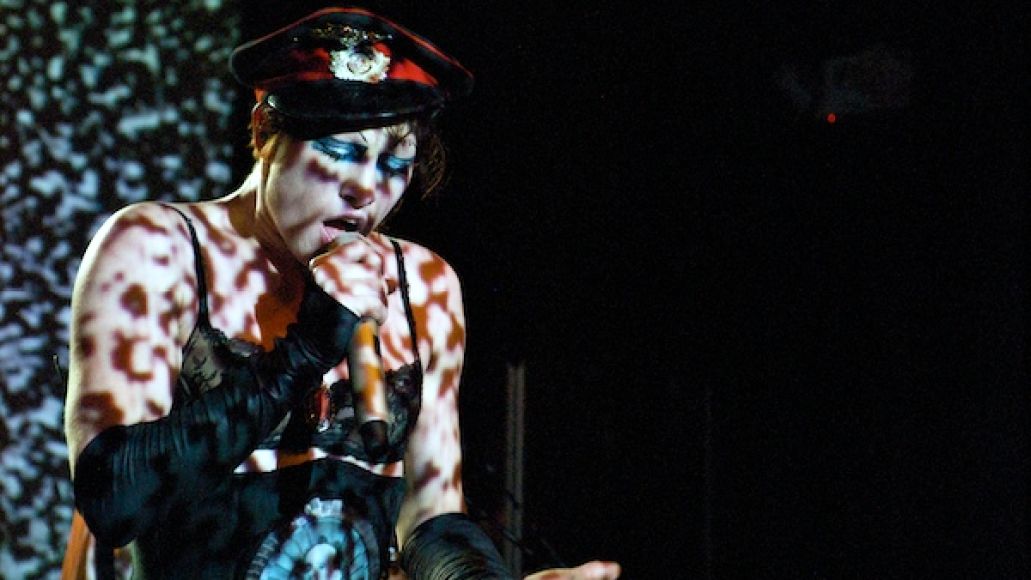 Surprisingly, it was the oft-reviled Amanda Palmer—whom I don’t think I have ever agreed with before—whose response to O’Connor thoughtfully encompassed the diverse range of how female expression of sexuality in a patriarchal society can and should be used by female artists. Palmer points out that props like nudity, youth, and attractiveness are tools in a kit that female artists have been given, and whether or not individuals pursue the same path, the right to use these factors without fear of stigmatization from other females is essential to the growth and development of a woman in the public spotlight.

Open letters are not really letters as we normally think of the form; they’re meant to be read by crowds, and given the fact that social media has become a driving factor of celebrity, many even speculated that the spat is a stunt. When it comes to giving advice, it’s hard enough to do so graciously, and delivering it in an open forum only makes it harder. Sinead O’Connor’s open letter to Miley Cyrus sparked a tiff between the two that feels very generational to me, and the string of other missives that O’Connor has since issued in response feel more childlike than Cyrus’ reply. Of course, I don’t agree with the way that Cyrus mocked the Irish singer, but it feels like O’Connor is the one searching for a reason to keep this feud going. O’Connor’s letter was troubling in many ways, but particularly because in this case, O’Connor is the one who should be more mature. She’s over twice Cyrus’ age and, as she pointed out, has children of her own. Cyrus’ response was insensitive and off the cuff—it was clearly not thought out, and it feels like she was lashing out. But she also didn’t ask for advice or insight from O’Connor, and certainly if she did, I doubt she would’ve wanted to receive it in such a public way. It’s hard enough to graciously accept criticism, much less to do so on an international stage.

I keep comparing myself to Cyrus—though I’m five years older than she is—and I’m reminded of countless times that public rebukes found me seizing on the speaker’s weak spots in rebuttal. It’s an easy way out, the ad hominem approach, so easy that it’s been designated as a fallacy in the study of argumentation and debate. But Cyrus’ response is relatable, and so is her refusal to apologize or back down—rebellion is an emotional reaction, not a logical one. But  while O’Connor’s responses have been powered by emotion as well, her equation of Cyrus’ mockery to death itself is a stretch in my mind, one that also robs the bullied of their own agency to ignore hurtful words and retain self-control. O’Connor has turned Cyrus into her own personal punching bag on the subject of suicide, and hounding Cyrus for an apology will never work. When has demanding someone apologize ever elicited humility, compassion, and regret? No, in many ways, O’Connor is now bullying Cyrus herself—a 46-year-old woman intent on punishing a 20-year-old one.

This desire for justice is a problem that’s rooted deeply within the ways that the female community critiques itself. Instead of opening up her own compassion, even to Cyrus’ impolite kiss-off, O’Connor has taken offense of her own. This is why this type of discussion between two prominent female figures so often is labeled a “cat fight” instead of what it really is—an example of the ways women hurt each other and refuse to see past their own hurt. Cyrus can’t see past O’Connor stoking the fire of criticism that’s been flaming under her since well before Bangerz was even released. O’Connor can’t see past her own equation of Cyrus’ bullying with the relentless specter of suicide that continues to haunt many people through the intense pressures of our society. Neither can see that in the end, this back and forth has done nothing for the women they both seek to represent and affirm, that it’s even pitted their fans against one another and sparked its own set of fights between friends and generations.

If Sinead O’Connor is really attempting to interact with Miley Cyrus from a place of motherliness and love, as she said in her first letter, she would forgive her, just as mothers must so often forgive their children for thoughtless insolence, and set an example for both of their fanbases, the media, and women around the world. Please, let’s not give the world more reasons to write women off as creatures who can’t get along and support each other. Human beings are flawed, and this situation reveals both the flaws and insecurities of Cyrus and O’Connor, but at the end of the day, they’re still two woman who feel hurt by one another. Glorifying, judging, or bashing this situation sets us back instead of pushing us forward. As the woman with more experience and more wisdom, O’Connor needs to let this go and forgive Cyrus. Forgiveness, after all, is a value that our society has long shirked—and it isn’t dependent on an apology. Wise women know that heartfelt apologies are even more rare than a best friend you can count on. This continuation of female infighting needs to stop, and O’Connor needs to end it—after all, she started it.