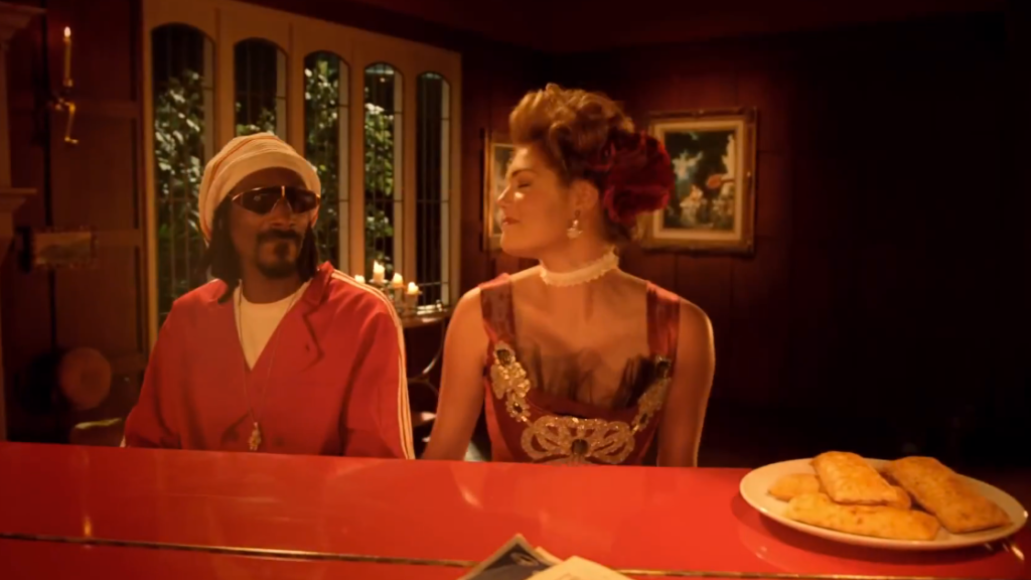 Over his 20-plus year career, Snoop Dogg has contributed plenty to hip-hop culture. He gave us the eternally resonant “Gin and Juice”; helped introduce the likes of Warren G and Nate Dogg; and he forever enriched our lexicon with all derivatives of “-izzle”. Now, though, the D-O Double G has forsaken hip-hop fans everywhere by ruining the sanctity of Biz Markie’s classic “Just a Friend (You Got What I Need)”… all in the name of Hot Pockets. And not even the low-fat, healthy kind, either.

Snoop’s not alone in his blasphemous act, having been paired with model Kate Upton, Project X actor Oliver Cooper, and Mr. Markie himself to help schlep the meat pastries. The long-form spot sees Upton chowing down on a Hot Pocket and drifting into a heavy sleep (that’s called “The Itis”), which begins a fantastical battle for Upton’s soul between Snoop’s “freshly baked crust” and Cooper’s “premium meats.” The musical crimes are too plenty to list in full, but here’s the ones that should break the most hearts:

— Markie’s revamped chorus of “Oh girl, you got what I eat!”

— The fact that Cooper has the most decent, if albeit really hokey, rhymes (“You’re gonna get stuck/As your head takes a buck/From a pepperoni nun-chuck”.)

— Pretty much all of Bow Wow’s appearance.

Watch the commercial spot below. It should lend some perspective to that whole reggae phase Snoop had.