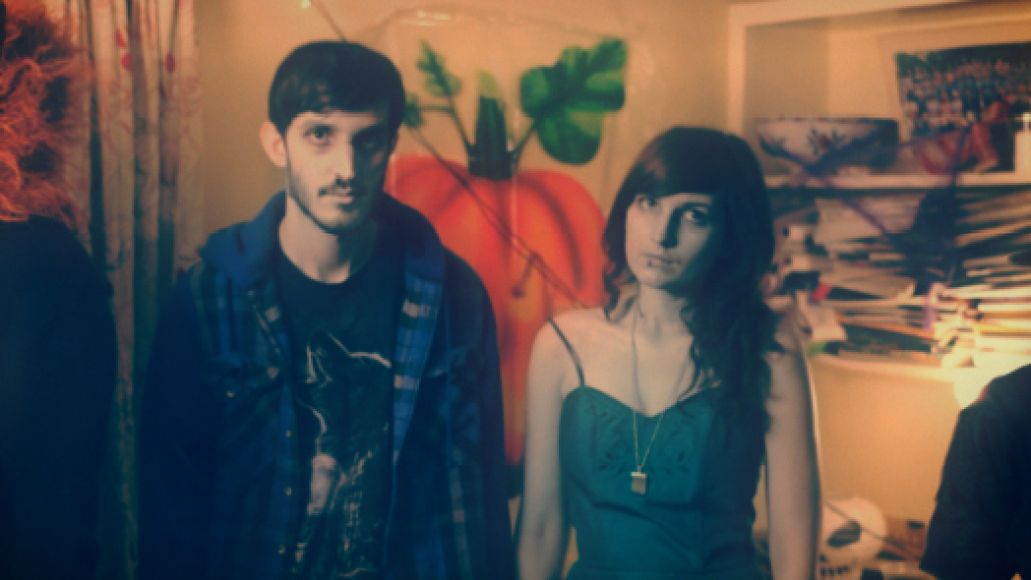 Holed up in the city in preparation for a November UK tour, CoSigned Londoners Summer Camp took time out to send a few emails back and forth with CoS and share some thoughts on the new album and, with Halloween upon us, revealed a passion for horror movies. For an act that started life pretending to be several Swedes and created a fictional US town for its debut album, husband and wife team Jeremy Warmsley and Elizabeth Sankey (who, in true united fashion, responded together) turn out to be disarmingly warm and open about their art.

The band all started as something silly we were doing one afternoon, recording a cover of the Flamingos version of “I Only Have Eyes For You”. We decided to put it on Myspace, but didn’t want to have our names on there, as we didn’t want people to laugh at us for doing something so silly! Elizabeth made up a backstory that we were seven Swedish kids who met at summer camp when they were 14 and Jeremy said, “Let’s put the band name as Summer Camp.” We don’t really love the name, to be honest!

The name has a nostalgic ring to it. Indeed, nostalgia seems to play a big part in your identity. I’m thinking of the old family photos that grace the CD booklets, and the retro aspect to your sound. Are yesterdays generally halcyon days?

No way! Not necessarily. It’s more that we love the look of using film for photos rather than digital. Elizabeth has loads of old point-and-shoot cameras, and again, when we started the band we needed photos for our Myspace, but didn’t want to use pictures of us. So, we just pulled a few out of her collection of other people’s old family photos. The aesthetic does work well with the music, but it’s kind of a happy accident.

You set out to create a fictional world with your first album, Welcome To Condale, drawing heavily on US culture, so much so that many first time listeners could easily have marked you as an American act. What kind of bond do you feel today with the USA?

Like most kids in the UK, we grew up looking to America. So much of our culture trickled down from there, TV shows, music, films, books. But, of course you’re dealing with a fictionalized version of the place, and that is what we fell in love with, a world that was comfortingly like our own, but just a bit better. More colourful, more vibrant, more extreme. We love the real America too, though. We have family in California who we visit regularly. 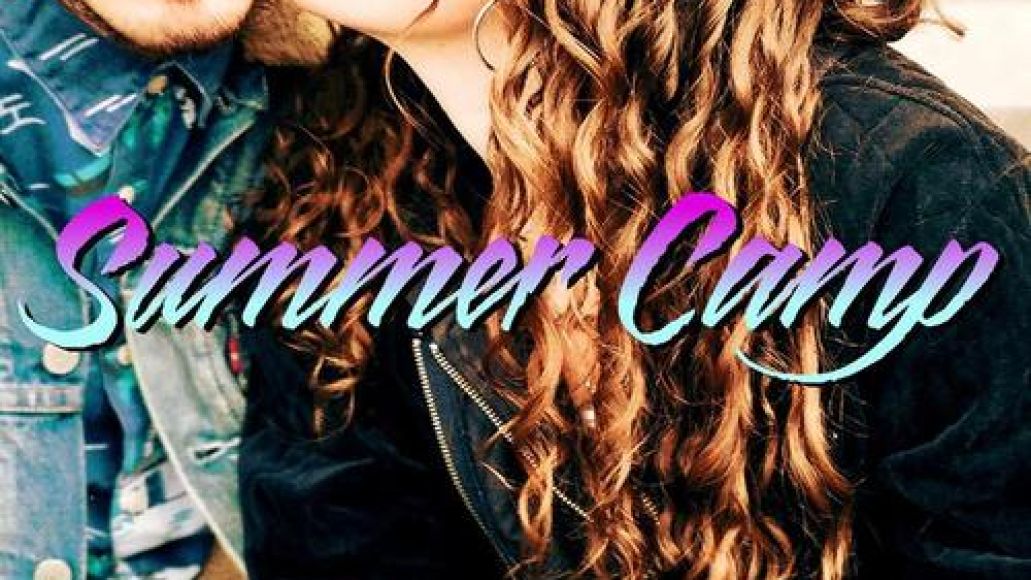 Two years on from Condale and you still have to tour America properly. Any plans?

We would love to! We’re definitely trying to go to America and do it “properly” next year. It all just depends on whether we can afford to! Boring answer, right? When we were working with Steve Mackey, he said that Pulp used to just stay in their pajamas all day when they were in the US, as there were such insanely long drives between gigs. I love the idea of Jarvis Cocker in a Circle K buying a Slush Puppie in pajamas.

How have you found US audiences from gigs you have done over there compared to your home audience?

We’ve played in Washington DC, New York, LA, and Texas. The audiences were a dream. Different. More vocal, maybe, but on the whole, just lovely people.

Your new album signals a departure from fiction to something more bedded in reality, and seemingly personal experience. Is that a logical development or a more deliberate plan to steer clear of producing a Condale II?

We were definitely trying to prove to ourselves that we could write songs that dealt with more personal experiences. We felt so comfortable writing with a vague sort of concept that on the second record we wanted to push ourselves to drop all of that, and do something more to do with our reality, and the reality of our friends and the people we see around us.

How have you moved your sound on from its retro roots to a more contemporary pitch on the new record, Summer Camp?

It wasn’t something super-deliberate, to be honest. It felt more like a natural evolution. We’ve always used a lot of different sounds. I don’t think tracks like “I Want You” or “Done Forever” from Welcome To Condale sound particularly retro. Then, between the two albums, we made an EP of disco/electronica stuff, Always. So, it was a bit of a natural progression. One thing sonically we wanted to do on this album was bring in some elements that had developed in our live show. So, there’s a lot more of Jeremy’s guitar and some live drums from our brilliant drummer, William Bowerman.

The other big influence on the sound was working with Stephen Street, who co-produced and mixed our record. He’s responsible for some really amazing albums by Blur and The Smiths, albums that we really really love. So, knowing that he was going to contribute to the album made us up our game a bit! Then, as soon as he got his hands on the songs, he made them sound so silky and delicious.

Halloween is almost upon us, and I hear you are big fans of horror films. What’s the main attraction here?

Being scared is so cathartic! We’re avid cinemagoers. We just love the experience of disappearing into a film, and coming out with a different take on life. And, yeah, it’s probably good exercise or something? A cardio workout?

Vincent Price or Simon Pegg? Are you hooked on classic movies, or can more contemporary offerings still hit the spot?

Shaun Of The Dead is an amazing rom-zom-com. We love zombie apocalypse films. Jeremy wants to do an album one day called Return To Condale, where it’s post-zombie. We did see Carrie at Somerset House over the summer, though, and it was wonderful. The ’70s were such an excellent period for horror. 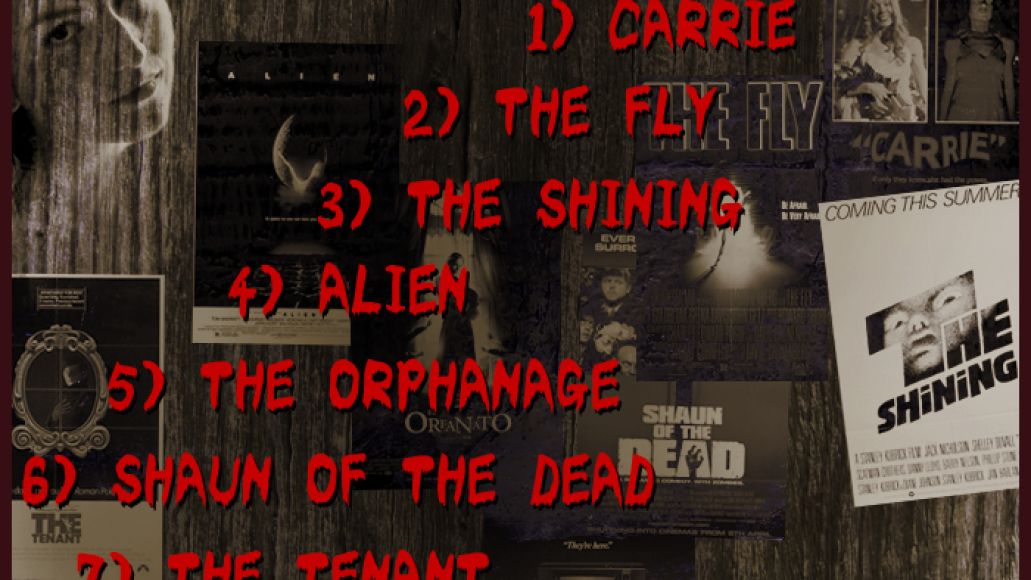 If you could choose a film to write a soundtrack for, would you pick horror or a different genre?

We’d want to write the film ourselves, and then do the soundtrack for it! It would probably be a black comedy.

Would horror ever creep into your fashion style? Is dressing up for a live gig important or a side issue?

Elizabeth here. I realised the other day I was dressing more and more like Wednesday Addams! There is a darkness in our music, so we’re always up for exploring that. We definitely try and dress up for live shows. It’s so important to make it something special.

So…horror, black comedy, dressing up. If you weren’t Summer Camp, who would you like to be?

Elizabeth would like to be an actress, hopefully in tons of B-list horror flicks. Jeremy would like to be a guitar pedal. Coming soon to a cinema near you, then, The Warmsley Guitar Pedal Massacre, starring Bette “The Eyes” Sankey.