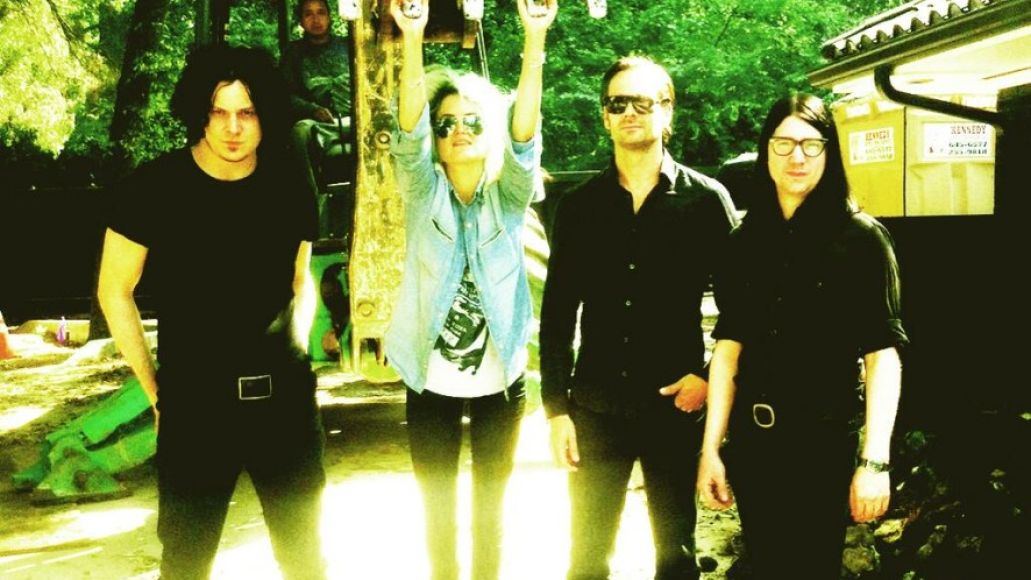 Back in August, The Dead Weather hit the studio together to record new music. Now, we’ve gotten wind of the band’s release plans. According to Third Man Records, Jack White, Alison Mosshart, Dean Fertita, and Jack Lawrence will record and release a series of two-song singles from now through 2015, at which point a full-length album will be released. The album will collect the various singles plus “many more album-only tracks.”

The first 7″ single, featuring songs titled “Open Up (That’s Enough)” and “Rough Detective”, will be exclusively released in the next package from Third Man’s Vault subscription series. As Third Man notes, these songs “are unlike anything else the band has ever done and are both ample reminders of the ferocity of this motley collection of low-lifes, grifters and ne’er-do-wells. These songs are not throw-aways. These songs are not demos. These songs are not outtakes.”

Update: Listen to a snippet of “Open Up (That’s Enough)”.

The single come pressed on striking yellow jacket vinyl and coupled with a custom glue-pocket picture sleeve. The songs will be available digitally, but not until Vault packages have been dispatched to subscribers. As Third Man explains, “It’s a unique long-term plan for new music from this incendiary group… The goal is that physical copies are out there first.”

The Vault package also includes a live LP recording and DVD of The Raconteurs’ September 2011 show at Ryman Auditorium in Nashville. Subscriptions are open now through October 31st via Third Man’s website.

Below, watch The Dead Weathers’ video for “Treat Me Like Your Mother”.

The Dead Weather launch singles series, new album out in 2015