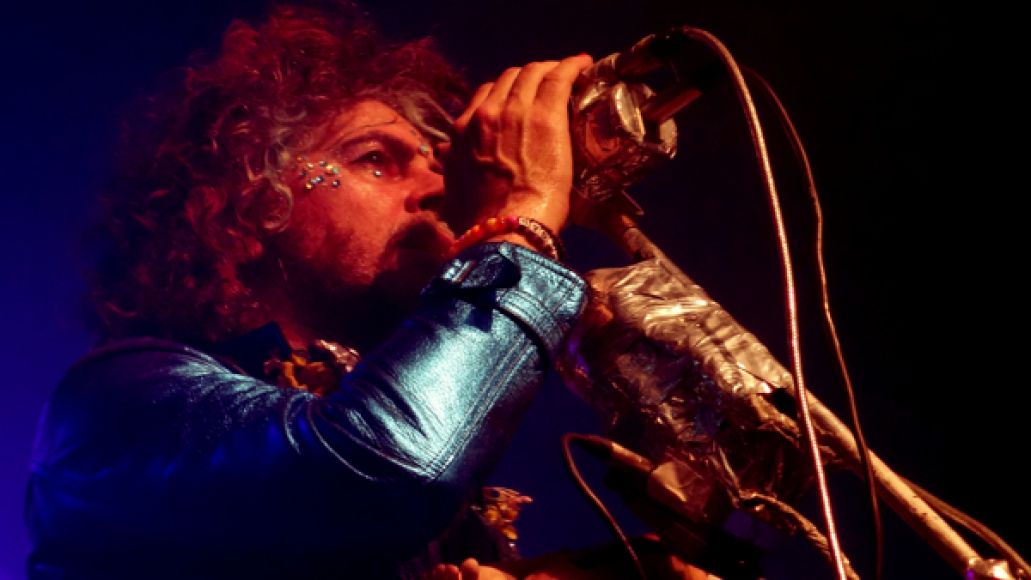 In retrospect, maybe the most refreshingly surprising thing about The Terror — the Flaming Lips‘ bracingly damaged wallop of a 13th studio album — was that Wayne Coyne wasn’t really at the center of it. Sure, he wrote the lyrics and sang most of them, but on soupy tantrums like “The Terror” and “You Are Alone”, his Oklahoma whine bleeds into one with Steven Drozd’s eerie falsetto; on the record’s most pummeling numbers, including the 13-minute “You Lust”, his voice seems overpowered by the noise-coated despair of it all. That’s a powerful thing, given Wayne-heavy novelty numbers like “Haven’t Got a Clue” and “The Yeah Yeah Yeah Song”. The album showed 2009’s Embryonic wasn’t a fluke — the Flaming Lips sounded again like a twitchy, fucked up, drums-and-distortion rock band, albeit one that particularly loves the studio.

In the live department, Coyne still occupies the spotlight. He positively soaks in it — you get a sense it’s what keeps the madcap frontman going at 52. But his band — now fleshed out with touring guitarist Derek Brown and drummer Kliph Scurlock — is no longer content playing bit parts. During the Lips’ Tuesday night gig at Manhattan’s Terminal 5, the band coaxed catharsis out of some of The Terror‘s scuzziest highlights, crackling with a visceral energy that hearkens back to their halcyon days with guitarist Ronald Jones in the 1990s. 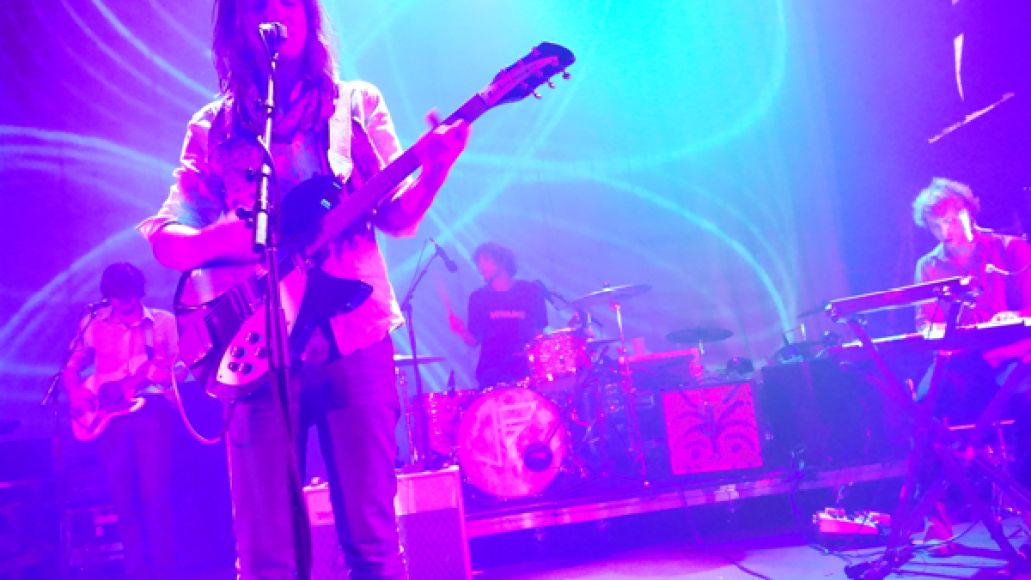 As “Look… The Sun Is Rising” roared to duty after a passable set by Aussie psych-rockers Tame Impala, Coyne stood atop what loosely resembled translucent martian pods, clad in a blue Tin Man suit, his hair matted with streaks of July 4 red and blue. He held a battered infant doll aloft and pointed massive flashlights at an adoring crowd. Later in the evening, he raised his arms in triumph as thousands of bits of confetti poured from above. Like a deranged preacher beaming down from his spacesuit, he shouted his commands (“We need you to get high!”) as technicolor visualizations spazzed behind him.

In other words: this was a pretty stripped down Flaming Lips performance, relatively speaking. When I last saw the group, in 2006, I was in high school. Touring behind their shoddiest LP in at least a decade, the Lips had become their own worst enemy; though a joyful spectacle to behold, their live show was by then bogged down by a teeming flood of stage props (furry animal costumes, hamster balls, laser pointers), backing tracks, saccharine singalongs, and rambling antiwar rants that dragged on longer than the songs themselves. Coyne lugged an acoustic guitar onstage as a prop and grinned through songs more suited to Kraft commercials than dorm room bong hits. 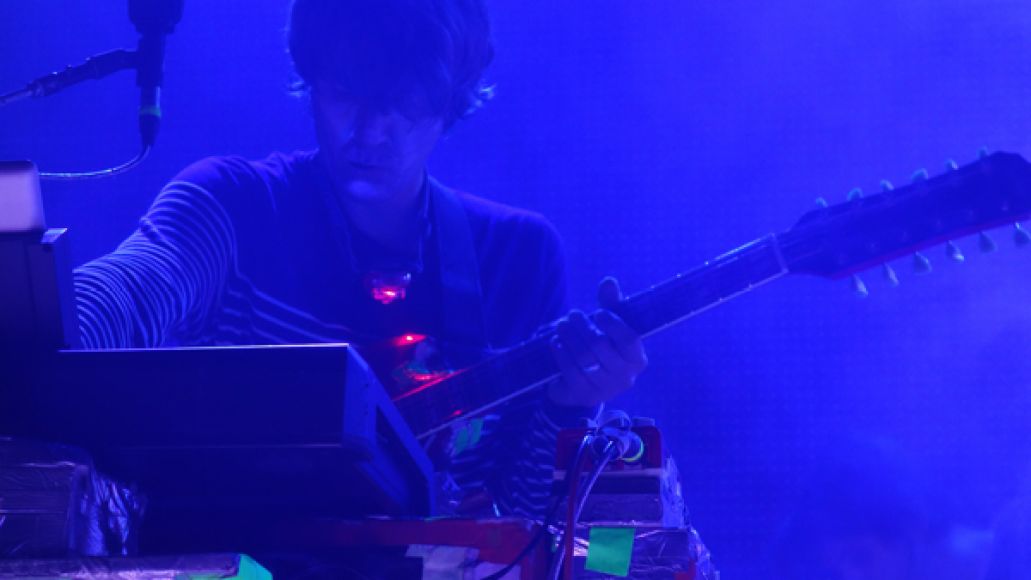 These days, it’s a joy to find the Lips focusing on the music over the spectacle. Wisely, they’ve purged At War with the Mystics from the set list; the only exception was “The W.A.N.D.”, a triumphant antidote to The Terror‘s seething anxiety. (Multi-intrumentalist-in-Chief Steven Drozd thrillingly mangled the opening riff while simultaneously offering keyboard accompaniment.) Though there was a song apiece from Yoshimi and Embryonic (two if you count “Virgo Self-Esteem Broadcast”), the heart of the set hinged on new material: “Butterfly, How Long It Takes to Die” rattled and shook with thick and sudden white noise blasts, “Turning Violent”, spotlighting Drozd’s falsetto, crawled creepily towards climax, and “The Terror” landed fully fledged and energized compared to its studio iteration. None of these tracks offer opportunity for singalong choruses. That is not a cause for complaint. 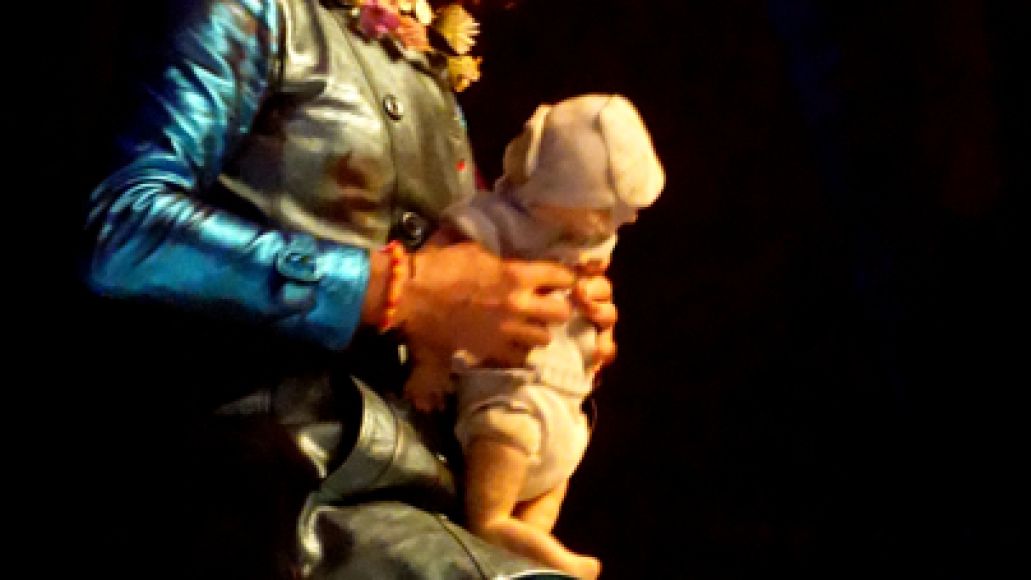 What hasn’t changed since the Yoshimi and Mystics tours, despite all pleas to the contrary, is the frustrating rigidity of the setlist. The band continues to play the same songs in the same order night after night (perhaps because of the preprogrammed visuals and occasional backing tracks), and Coyne continues to doubt that his audience cares to hear anything recorded earlier than 1999, which — whether true or not — is sad, heralding in a generation of Lips fans uninitiated with the disheveled genius of, say, Clouds Taste Metallic or In a Priest Driven Ambulance. (On the bright side, we can spare “She Don’t Use Jelly”. I love it, but I’ve heard it enough for one lifetime.)

There were, thank goodness, two holdovers from The Soft Bulletin last night; Coyne introduced both as “sad songs,” as if that record’s stately sense of perseverance warrants apology more than The Terror‘s flirtation with despair. The first, “Race for the Prize”, used to make for a triumphant set opener. Now it’s been repurposed as a dramatic orchestral ballad that languished far too long in sluggish singalong territory before the drums crashed in. Much better was the poignant “A Spoonful Weighs a Ton”; it was hard not to catch a few extra feedback lurches heating things up during the guitar breaks.

Things came satisfyingly to a close with — what else? — an encore of “Do You Realize??”. Some things don’t change with age, divorce, drug relapse, and whatever else may have spawned The Terror. That’s okay, too. At least it wasn’t “The Yeah Yeah Yeah Song”. 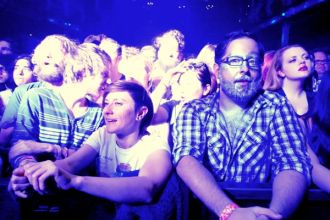 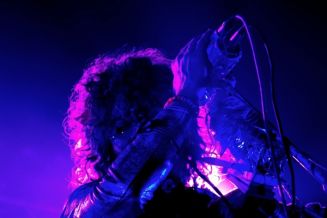 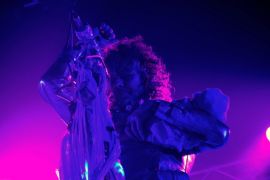 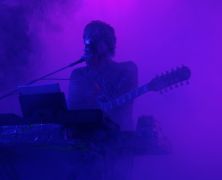 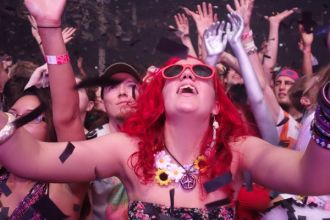 Setlist:
Look…The Sun Is Rising
The Terror
The W.A.N.D.
Virgo Self-Esteem Broadcast
Silver Trembling Hands
Race for the Prize
Try to Explain
Butterfly, How Long It Takes to Die
Turning Violent
A Spoonful Weighs a Ton
Encore:
Do You Realize??