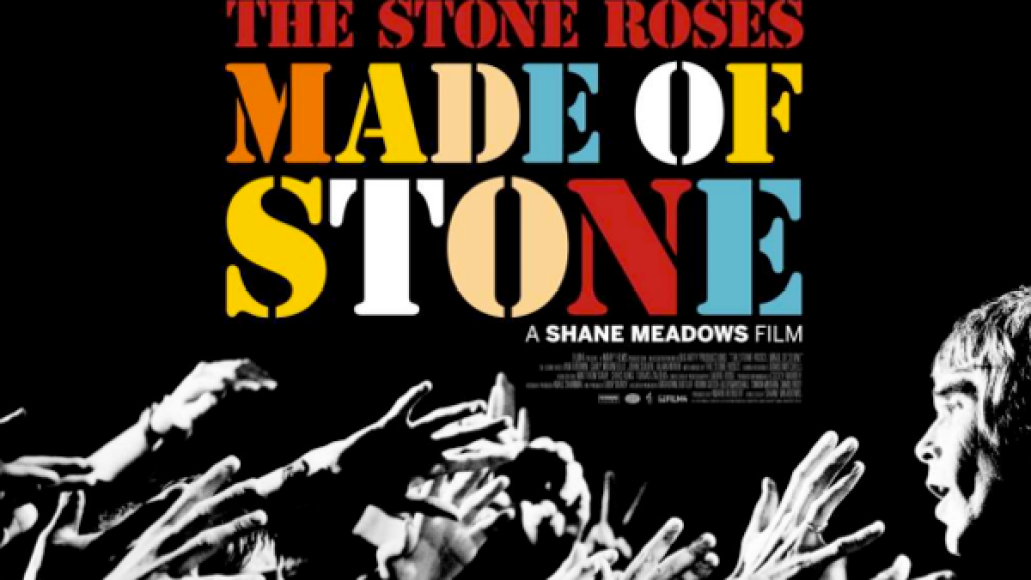 The Stone Roses documentary Made of Stone, following the seminal rockers from their 1983 formation to their 2012 reunion tour, had its British premiere back in May. The Shane Meadows-directed film made its Stateside debut last weekend at CBGB Fest in NYC, and now Syndctd has revealed a long list of North American theatrical screening dates.

Beginning November 6th, music and film buffs alike can check out Made of Stone in a handful of states. Most venues have a second showing penciled in between the 10th and 13th as well. You can find a complete list of dates and theaters, including ticketing information, at the documentary’s website.

In addition, you’ll be able to take the film home when it hits DVD (pre-order here) and Blu-ray (pre-order over here) on December 3rd. Check out a four minute clip, during which frontman Ian Brown states “I think we could be the biggest band ever,” over at Rolling Stone, and watch the trailer below.

The Stone Roses' Made of Stone documentary hits US theaters, DVD and Blu-ray