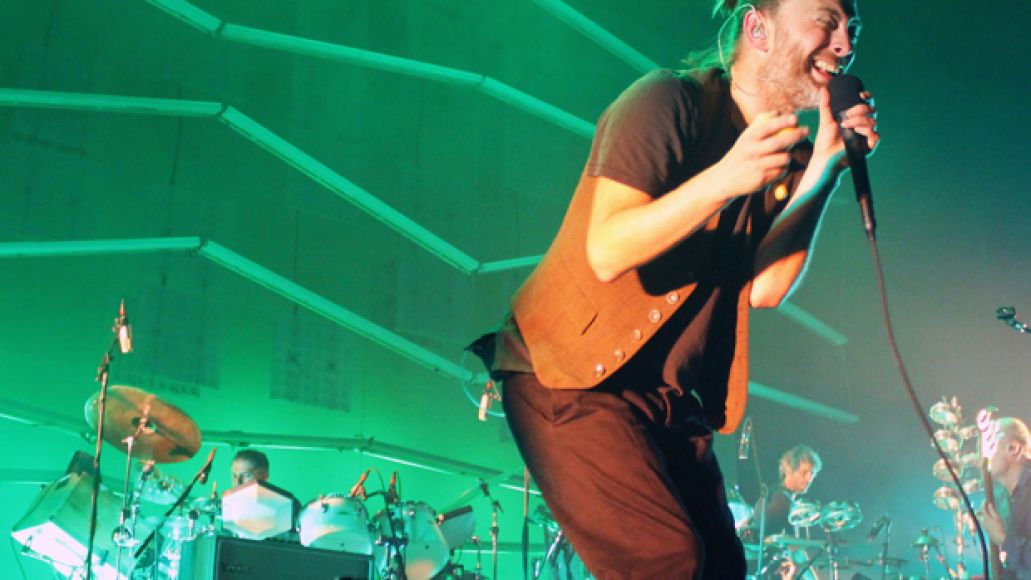 Thom Yorke and Atoms For Peace performed in Mexico City on Wednesday night, where they debuted a cover of Marvin Gaye’s classic “Got To Give It Up”. Instead of glitch-filled ambiance, it’s a spot-on rendition, retaining most of the glow and funk of the original. Check out fan footage below (via The King of Limbs Pt. 2).

We caught Atoms For Peace earlier in their Amok tour when they played Brooklyn’s Barclays Center, which you can read all about here. Also read our new feature on Yorke’s greatest quotes.

Photo, above, by Matthew Solarski