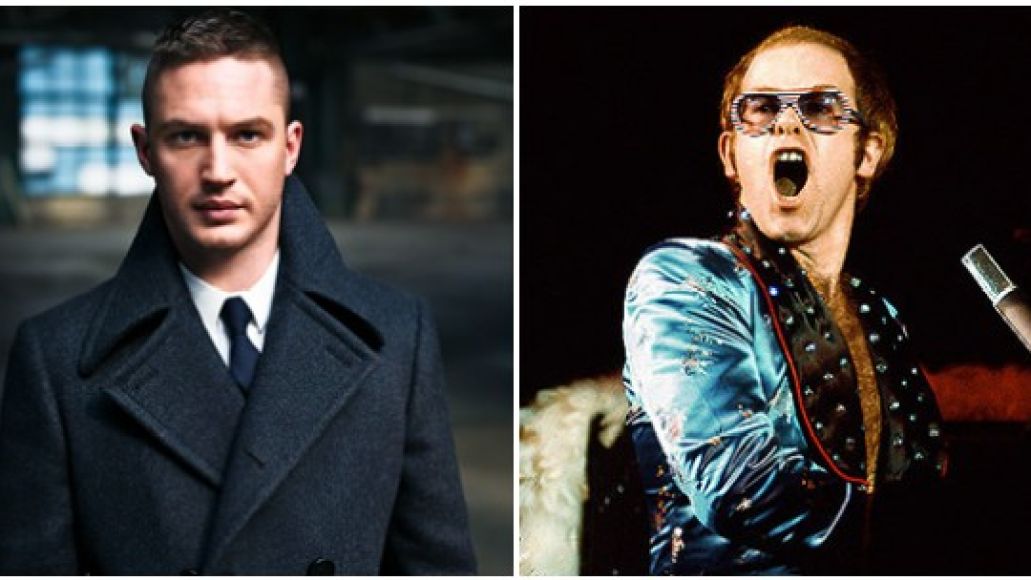 Hollywood has found its Elton John. According to Variety, Tom Hardy will follow up recent roles as the monstrous Bane in The Dark Knight Rises and Forrest Bondurant in Lawless by portraying music’s Rocketman in a forthcoming biopic.

The film will see Michael Gracey make his directorial debut, using a script from Lee Hall (War Horse, Billy Elliot). According to The Hollywood Reporter, it will tell “John’s life story, from his childhood as a five-year-old musical genius through his often-troubled life, to becoming a global musical icon.”

Variety adds that the real Elton John plans to re-record many of his hit songs for the film.