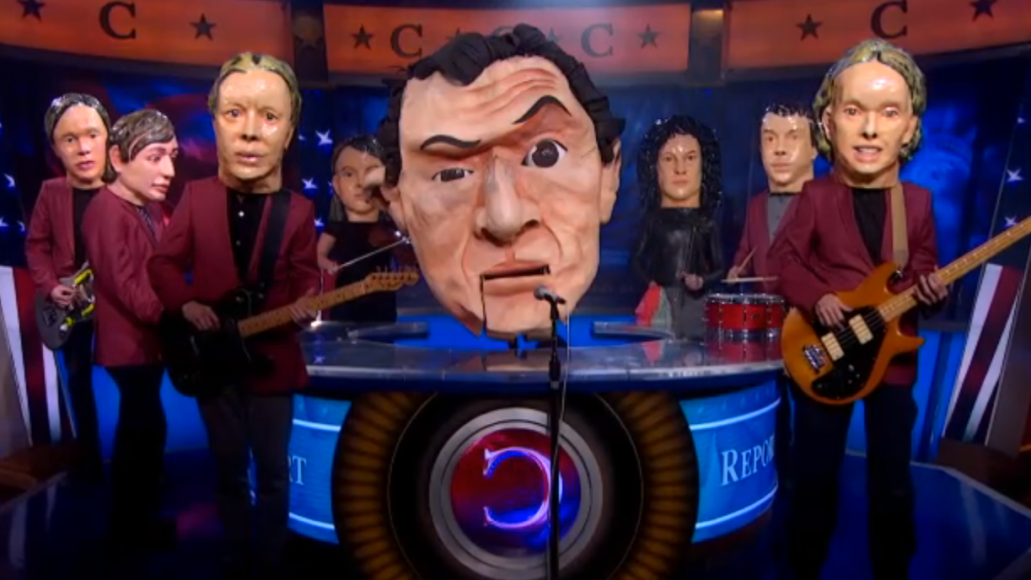 “My guest tonight has been called the Steely Dan of Canada,” Colbert announced before making his away across the studio for a brief discussion with Win and Will Butler. They broached many topics, including how Win is a better name than Will, to which Win responded, “You have to have the Will to Win though”; whether The Reflektors identify themselves more with Bachman-Turner Overdrive or that “pretentious” Canadian band Arcade Fire; and which they enjoy more: “Getting people to listen to lyrics and think about message of isolation in modern world or getting them on dance floor to shake that ass?” Win replied, “Shaking that ass with a little tear in your eye.” Colbert also got to the bottom of The Reflektors name; “We’re speaking more towards to reflektors than reflections. It’s more of a message: safety first,” Will explained.

Afterward, The Relektors hit the stage to perform “Normal Person”, and fake out the audience in the process. Similar to their show in Brooklyn over the weekend, a paper mâché version of the band kicked off the performance before the camera panned stage left to find the real Reflektors beating the hell out of the ferocious rocker. As a web exclusive, they performed “Afterlife”.

Replay the whole thing below.

Reflektor is due out next week on October 29th via Merge Records.

Video: Arcade Fire make their Colbert debut as The Reflektors