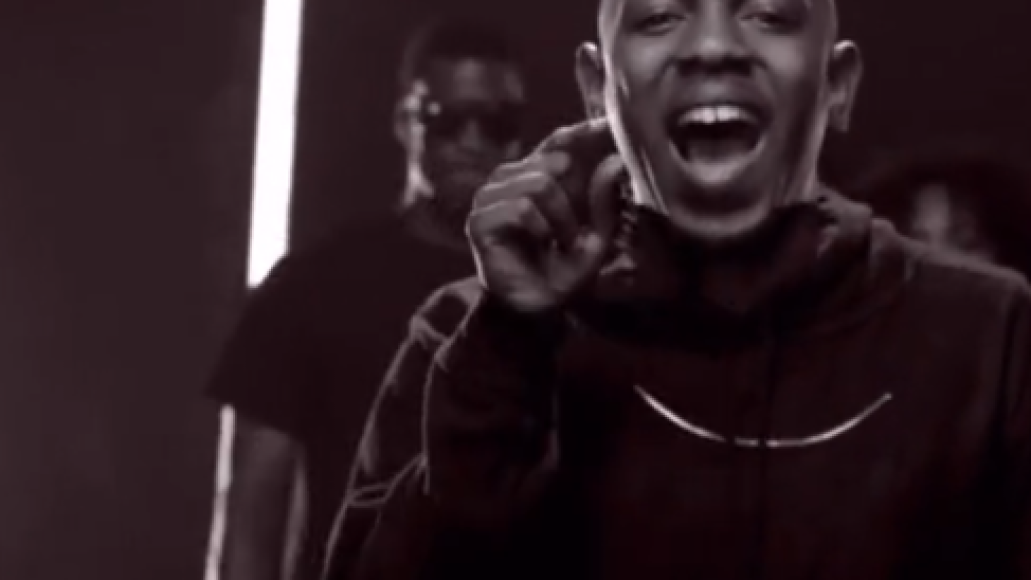 As previously reported, Kendrick used his freestyle to hit back at Drake. Last month, Drake played off the importance of Kendrick’s verse on “Control”, saying, “[Kendrick] is giving people moments. But are you listening to it now, at this point in time? Okay… It was real cool for a couple weeks. If I asked you, for example, how does that verse start?”

In response, Kendrick rapped in his cypher, “And nothing’s been the same since they dropped ‘Control’/And tucked a sensitive rapper back in his pajama clothes/Ha-ha, jokes on you.” He gave ScHoolboy a high-five and continued, “I got my thumb on hip-hop… and my foot up your ass.” And he just kept going and going, spitting one vicious zinger after another (“I spilled blood on my apron cooking this up,” “If you need me just call on me/Hold up… wait up/Your career ain’t shit unless you got some Kendrick in it,” and “You’re scared to death/You’re scared to look in the mirror when Kendrick is near you/King Kendrick.”)

Will Kendrick’s cypher have as much impact or prove to be as big a phenomenon as “Control”? Probably not. But for the second time in as many months, Kendrick put hip-hop on notice and left the rest of us gasping for air.

Kendrick, ScHoolboy Q, and Jay Rock also teamed up for a two-song performance of “Collared Greens” and “Money Trees” during the actual awards show.