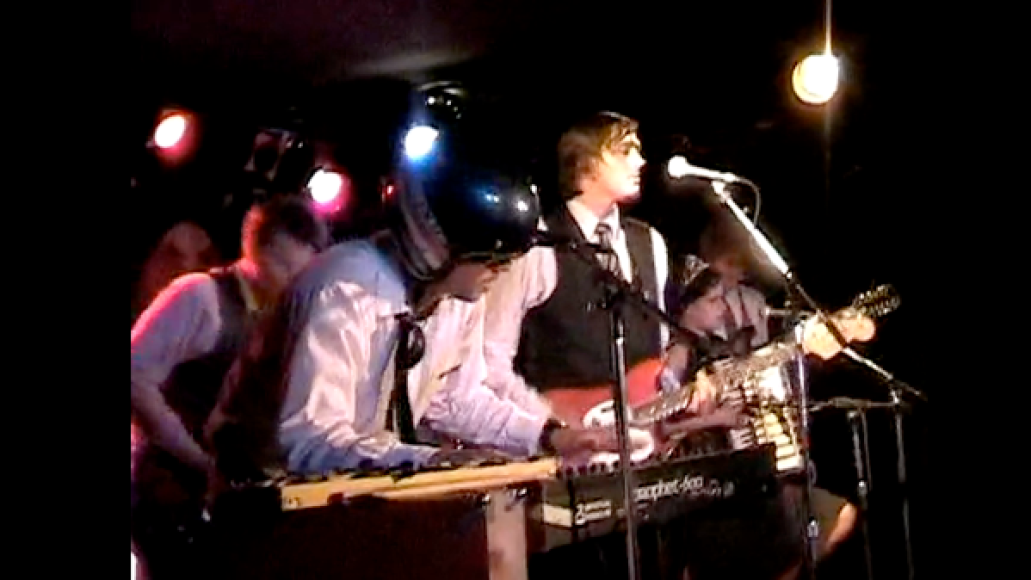 Welcome to our weekly feature Video Rewind. Every Friday, a CoS staffer shares a beloved video clip dug up from the depths of the Internet. Consider it a quick jaunt down memory lane via moving pictures.

It’s hard to imagine a time when no one knew of Arcade Fire. There was all that “#WhoIsArcadeFire” hubbub when the Canadian group took home the Album of the Year Grammy in 2011 for the beyond-worthy The Suburbs, but those in the know chuckled at the meme, and those who didn’t know certainly learned quickly. Now, the septet are one of the biggest bands in the world, festival headliners whose concert tickets go for festival prices online.

Back before all this, though, they were just a band trying to make a name for themselves. That’s where we find them in this video clip from way back in 2003. This is before the band had ever released an album; Funeral wouldn’t even be a canned record until early 2004, and wouldn’t see release until that September. The video comes from a performance at Toronto, Ontario’s Rivoli, a venue advertised as a “restaurant-night club-pool hall.” Notice that “music venue” isn’t even on that list. Arcade Fire were only beginning to stretch their stage legs, but they were already quite limber. They bang drums, yelp, and trade instruments almost as deftly as they do today, proof that even way back then these guys had a bright future ahead.

Video Rewind: Arcade Fire perform one of their first concerts in 2003