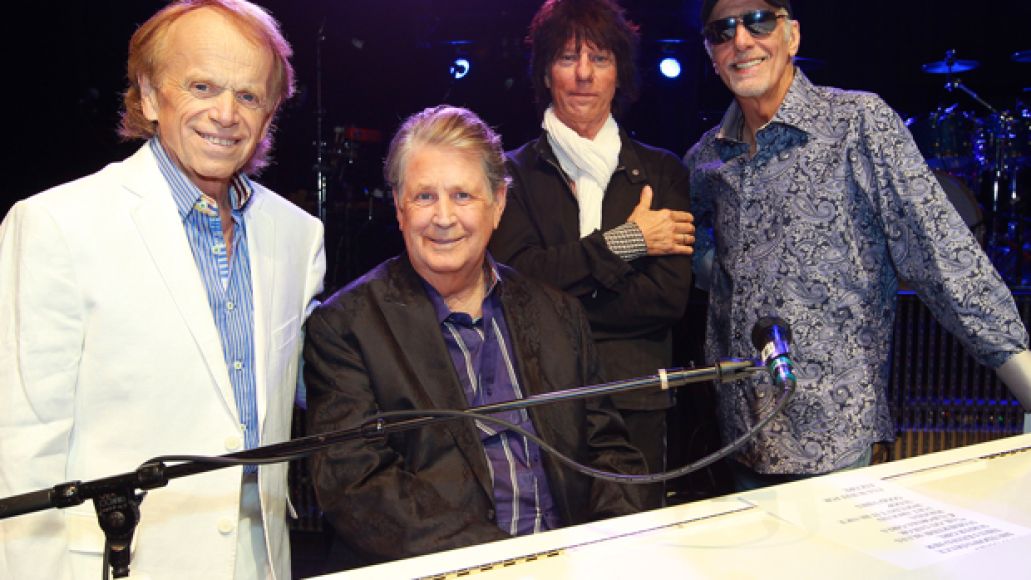 As David Von Bader pointed out last month, Jeff Beck and Brian Wilson are “both transcendent keepers of melody.” The two legends proved this for Americans nationwide last night with their appearance on Late Night with Jimmy Fallon. In support of their ensuing U.S. collaborative tour, Beck and Wilson dusted off Smile’s “Our Prayer” and a wavy, Beach Boys-inspired rendition of “Danny Boy”. Al Jardine, David Marks, and Wilson’s touring band rounded out the team, reminding us all about the power of silence and vocals. The world “stupefied” comes to mind — see what favors you below.

Don’t forget to check ’em out on tour, too.