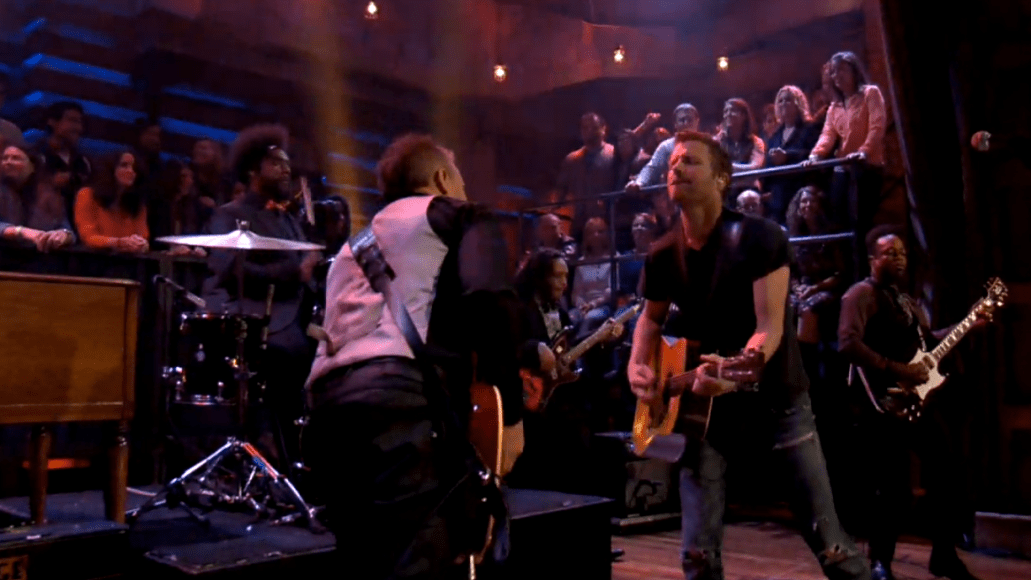 All this week Late Night with Jimmy Fallon is celebrating the music of Pearl Jam. On Monday night, Chris Cornell and The Avett Brothers teamed up for a cover of “Footsteps”. On Tuesday night, a clean-shaven Robin Pecknold made his first television appearance in two years with a rousing rendition of “Corduroy”. And last night, PJ guitarist Mike McCready joined forces with The Roots and country singer Dierks Bentley to perform “Alive”. Unfortunately, the latter was anything but pleasant.

Few singers can hold a candle to Pearl Jam’s Eddie Vedder, but if you’re going to choose a song as ambitious as “Alive”, at least be prepared to show a little effort. Seemingly uncomfortable from the start, Bentley garbled much of his singing, his vocals lacking volume, let alone emotion. Blame it on poor mixing or intimidation, but it was the most uninspiring performance of the week, and took away from an otherwise excellent collaboration between The Roots and McCready. Watch the replay below.

Thank god the actual Pearl Jam are set to cap off the week with back-to-back performances on Thursday and Friday night.