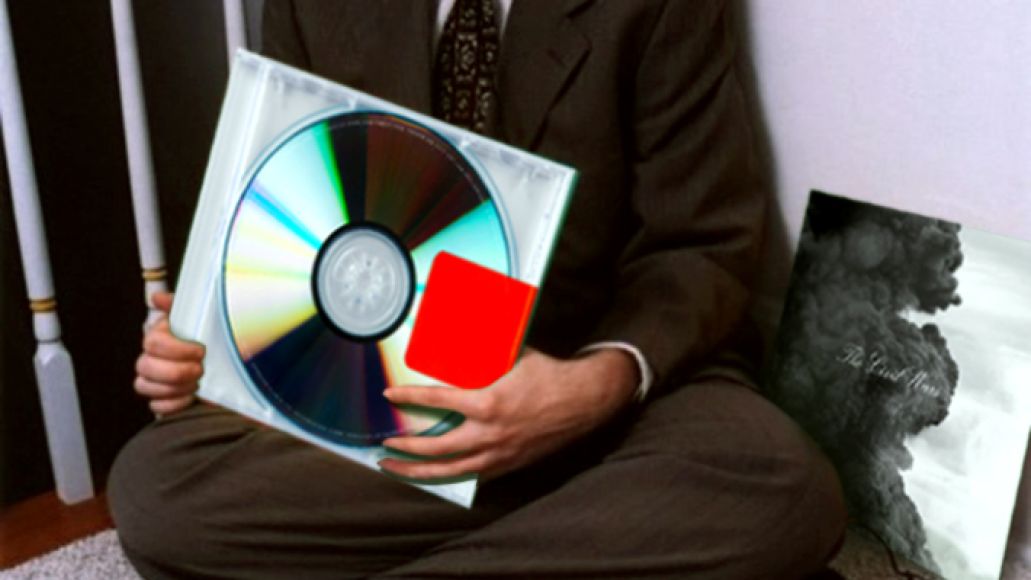 Already this week we’ve learned Paul McCartney admires Thom Yorke, but is too nervous to make a phone call to his fellow Brit. In a Twitter Q&A session Thursday morning, Macca revealed more of his musical proclivities. Responding to #askMacca, Sir Paul said the hardest part of songwriting is finishing, reiterated his desire to work with Bob Dylan, and dropped this doozy: 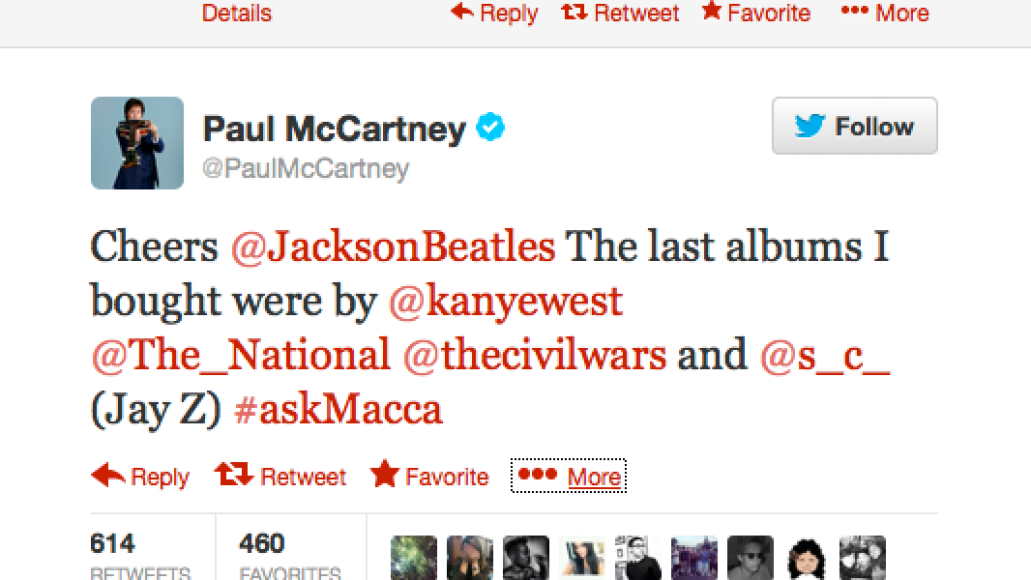 So if you want to tune in like a Beatle, you’ll wanna check out Yeezus, Trouble Will Find Me, Magna Carta Holy Grail, and The Civil Wars. Sure, we already said these were all great albums, but you’re probably more likely to listen to advice from a living legend. Understandable.

Thus far, only one act, The Civil Wars, has responded to the cosign, using two simple words that say it all: 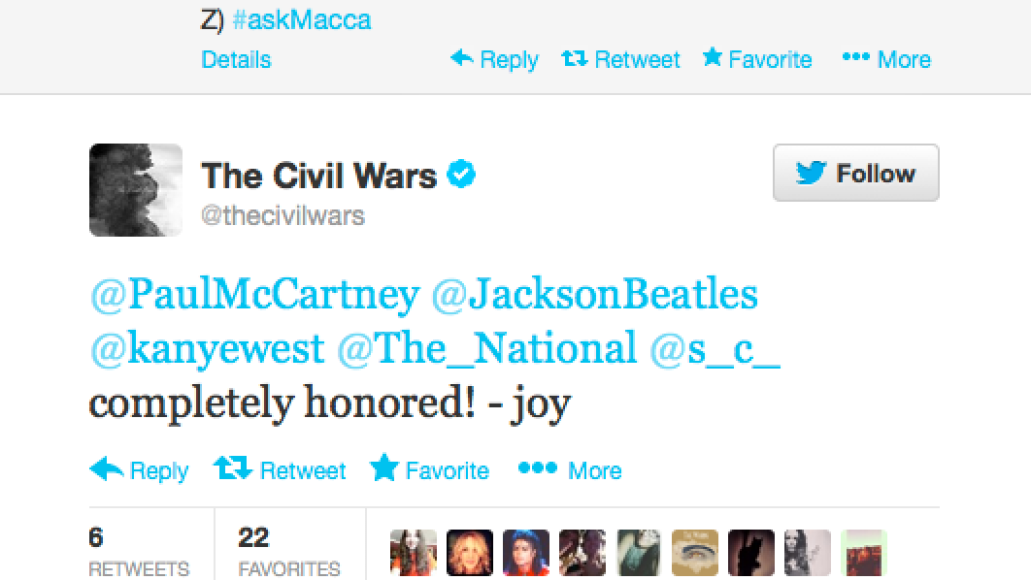 What does Paul McCartney listen to? Here's your answer.