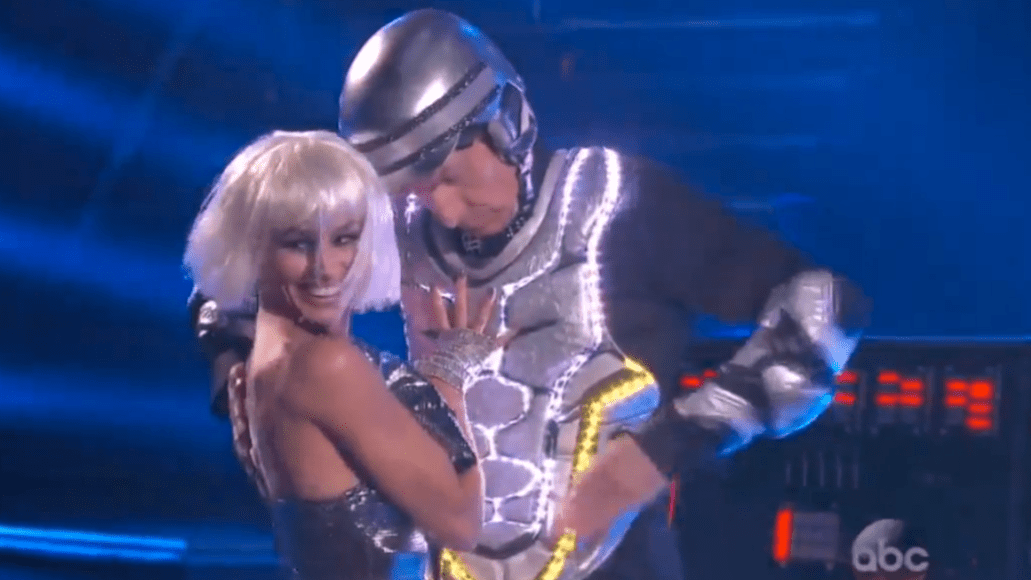 Bill Nye (the Science Guy) continued his Reign of Cool on last night’s Dancing with the Stars, where he, yes, danced as a robot to Daft Punk’s “Get Lucky”. Looking like Flynn from Tron, the unofficial spokesman of common sense in America (or maybe just for the Tea Party) boogied with his equally flashy dancer Tyne, and he did despite having a torn quadricep. As expected, the performance sparked one hell of a reaction from the crowd, but not expected was this year’s most pathetic televised joke, courtesy of Bruno Tonioli. It’s a shame there wasn’t a number to vote him off. Applaud and cringe below.

Yep, Bill Nye the Science Guy danced to Daft Punk as a robot on Dancing with the Stars