At one point in time, Lady Gaga used to be weird. But, even if the woman born Stefani Germanotta has tried to maintain the outsider image for which she became known and beloved, the more time has passed, the more she’s become normalized; pop culture is weirder (much because of her), so she stands out less. Her ostentatious style, culled from MoMA art pieces and Madonna, Brooklyn drag fashion and Bowie, no longer has the shock-and-awe power it once did, and so her equally ostentatious musical style, influenced by many of those same factors, suffers from the same problem. On ARTPOP, Gaga lacks forward momentum in the same way she did on Born This Way. As her style has neared the mean and the DNA of her saw-toothed Euro ‘80s pastiche pop has been incorporated by other pop acts, Gaga has attempted to remain on the vanguard with only perfunctory musical evolution, giving less and less reason not to fall back on her earlier, more vibrant works.

At 15 tracks spread over just under an hour, ARTPOP becomes a marathon of a listen, especially on the back half; once the sound of the record has been thoroughly established, many of the songs tend to feel overly long. “Swine”, “Donatella”, and “Mary Jane Holland” all approach the four-and-a-half minute mark, but each of them could easily have chopped a verse and maintained the same effect, with the benefit of brevity. At the top of the album, the sex-obsessed back-to-back-to-back volley of “Venus”, “G.U.Y.”, and “Sexxx Dreams” feels like it could have all been summed by any one of those very similar tracks. Including all three simply isn’t necessary. On the back end, both “Dope” and “Gypsy” serve similar “epic end-of-album track” purposes, where either would have done the job better than both.

Additionally, aside from the Lex Luger drama rap explosion of “Jewels N’ Drugs” or the electro gutter stomp of the R. Kelly-featuring “Do What U Want”, nothing on ARTPOP feels particularly different from Gaga’s The Fame and The Fame Monster peak. What’s the justification for listening to “Manicure”, or “Donatella”, or “G.U.Y.” instead of “Paparazzi”, or “Bad Romance”, or “Poker Face”?

The moments where ARTPOP sells the ambitions of its title are the moments that stand most apart from her prior work. “Jewels N’ Drugs” features T.I., Too $hort, and Twista, a combination that seems only Gaga would have been able to bring together, and it ends up working as one of the record’s best tracks. The title track is a patient contemplation on the intersection of art and pop culture, driven by what sounds like a dying, old school war dialer. And, even though I wouldn’t recommend anyone telling R. Kelly to “Do what you want to my body,” “Do What U Want” is keyed by how it splits the difference between its two titans.

The way Gaga tried to keep fresh on Born This Way was less by changing her sound and more by updating the topics of her discussion, a task she again focuses on with ARTPOP. On the former, Gaga tackled universal acceptance and promoted the freedom of image. On this record, Gaga’s issues with freedom are more personal: sex, and drugs, and “fashion!”, and weight, and continuing fame, and femininity. Where prior albums found her speaking on similar issues as if from the pulpit to a choir of her little monsters, ARTPOP is lyrically confessional, for better and for worse.

On the worse hand there’s “Donatella”, Gaga’s attempt at dismantling 1% culture, or maybe just the Versace maven individually (after all, it starts with a scathing, but accurate description of Ms. Versace’s appearance). “Donatella” could have been a solid body image anthem, one that announces in the pop radio format that it’s okay to be imperfect in your body, in your clothes, and with your money. But, the personal vendetta makes the song seem childish, an unfortunate look for someone approaching 30. A better tack is the dumb and fun “Mary Jane Holland”, a pro-marijuana anthem that doubles as a rock opera, complete with a titular character and a Les Mis-meets-Van Halen bridge. And, that opening sex trio is unabashed in its sex talk without being vulgar, a delicate balance to strike that implies that it’s possible to be sex-positive without appearing trashy to middle-aged White America.

In the past year or so, Gaga’s public appearances have fallen along a narrative of exposure. She’s ditched the theatrical makeup, the meat outfits, and Alexander McQueen obfuscation in favor of a more stripped-down look. It’s the equivalent of KISS taking off their makeup earlier in their career. The more personal lyrical tone of the record fits that theme; on the opening track, “Aura”, Gaga asks a prospective lover, “Do you want to see the girl who lives behind the aura?” Later, “Dope” is the most streamlined track of Gaga’s career. She absolutely lets rip with her voice, though the effect would be more powerful if “Dope” didn’t hit every excruciating piano ballad cliché (and feature the hilariously clunky line “I need you more than dope”).

It may be that we’ve come to expect too much from Lady Gaga. At her peak, her mishmash of European dance music, American pop, ‘80s Madonna, glam Bowie, hair metal, Giorgio Moroder, and The Killers sounded both reverently referential and ahead of its time. The hype that combination commands is always followed by the expectation of further exploration. Instead, Gaga has added only a few by-the-numbers modern elements to that initial formula: some Skrillex-lite dubstep on the awkward “Swine”, a Brandon Flowers imitation on “Gypsy”, and the aforementioned rap-ready “Jewels N’ Drugs”. That refusal to experiment as wildly as she once did reads as fear, and a pop star who’s afraid ends up sounding like the once-weird Lady Gaga does on ARTPOP: boring and normal. 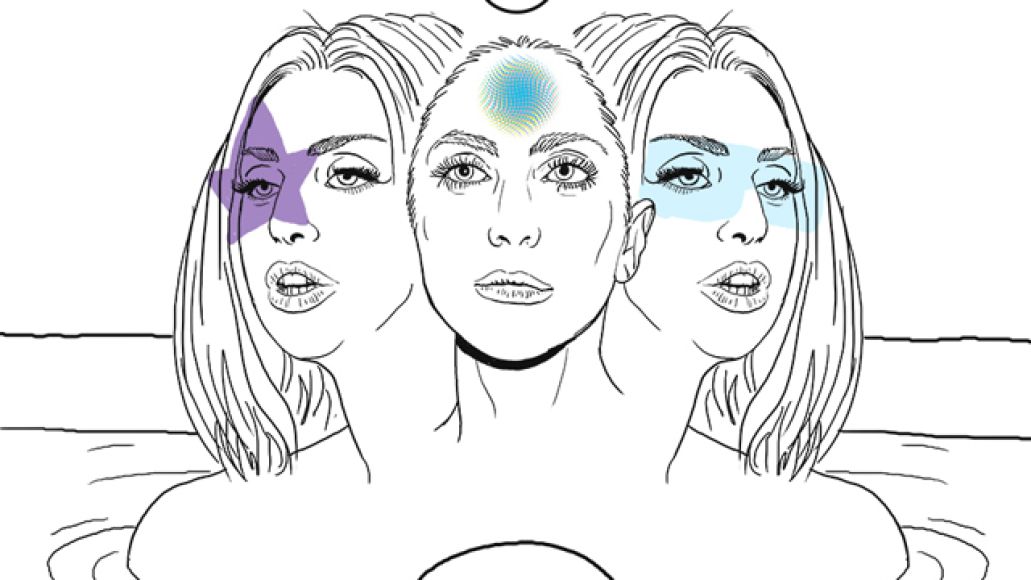