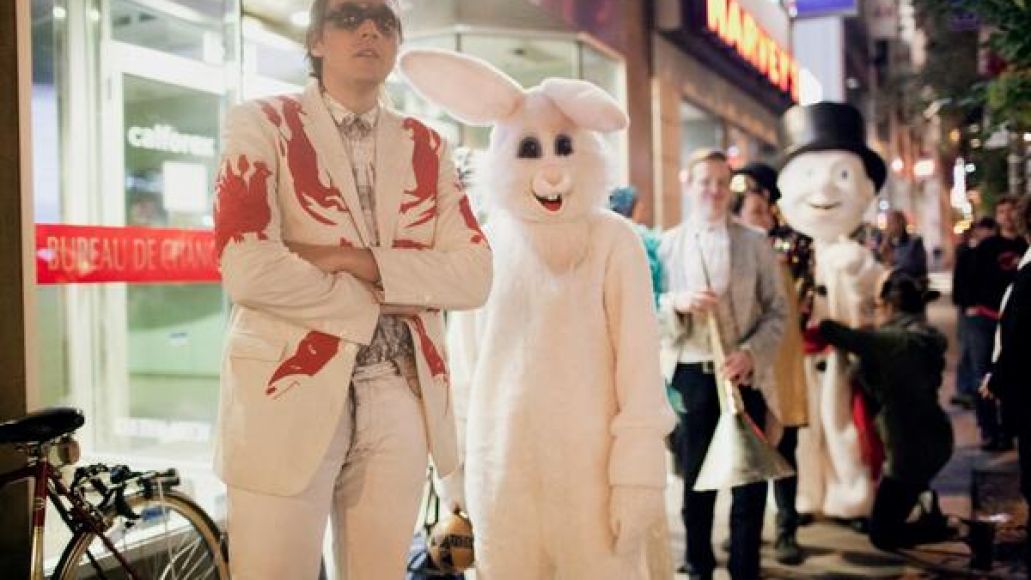 As previously reported, Arcade Fire are asking fans to “please wear formal attire or costume” to their upcoming tour dates. But of course it’s 2013, a time in our nation’s history where man’s single reason for being is to complain and bitch and moan, and thus, a silly fun idea from a silly fun band was blown into ridiculous think pieces about fans’ rights and how those pretentious hipsters are as deplorable as Rob Ford.

This evening, the band issued a statement asking everyone to just chill:

To everyone really upset about us asking people to dress up at our shows… please relax. It’s super not mandatory. It just makes for a more fun carnival when we are all in it together. So far these have been the best shows we have ever played.
See you soon.
Love,
Arcade Fire

On a side note: Win Butler is posing next to an over-sized bunny in the band’s official press photo. If you really think this guy has an evil bone in his body, maybe you should just sign off and go watch Hannity or something.