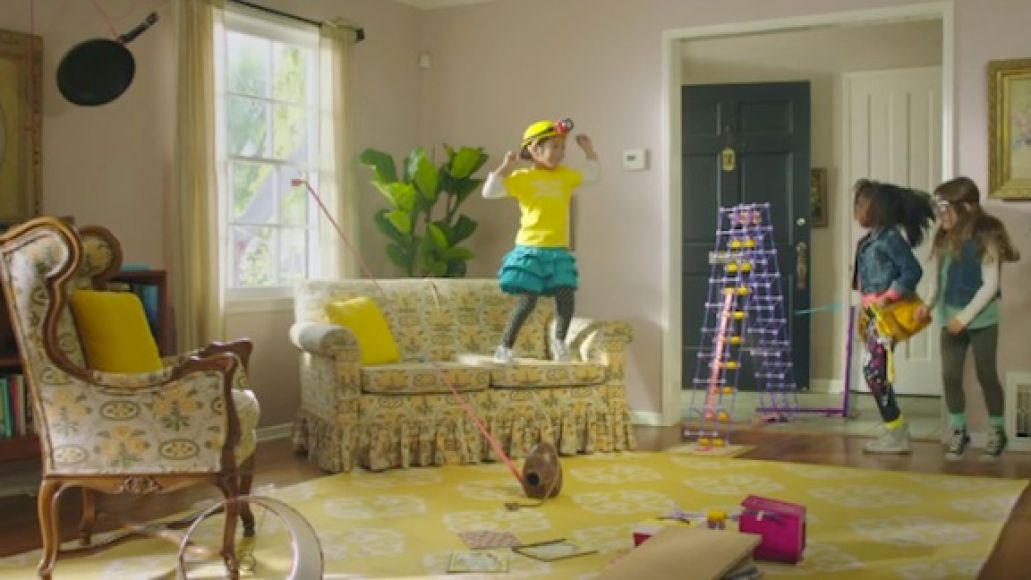 Listen. Not to sound ungrateful for all 29,142 Barbie dolls that I received as a kid, but a little variety might’ve been nice. I often longed for the Hot Wheels racetracks and epic Lego sets, but quietly squashed these wants, knowing deep down in my subconscious that they simply “weren’t for me.” Or at least that’s what society and the toy industry at that time told me.

Enter the amazing and relatively new GoldieBlox, a “toy company out to show the world that girls deserve more choices than dolls and princesses.” Founded by Stanford engineer Debbie Sterling, they promote a new kind of femininity at a young age and in an industry that’s still mostly overrun by gender binary stereotypes.

If you haven’t yet seen their products at Toys “R” Us, you might’ve caught their now-viral TV commercial for an elaborate Rube Goldberg “Princess Machine”. In the clip, they critique the typical run-of-the-mill “girly” toys rather brilliantly, but they don’t just do it alone. The company enlisted the help of the mastermind behind OK Go’s famous Rube Goldberg contraption, as well as the Beastie Boys… sort of. GoldieBlox rewrote the trio’s famous Licensed To Ill track “Girls”, effectively turning it into the perfect, forward-thinking girl-power anthem. Check out the awesomeness below.

For more on GoldieBlox:

Our goal is to get girls building. We’re here to help level the playing field in every sense of the phrase. By tapping into girls’ strong verbal skills, our story + construction set bolsters confidence in spatial skills while giving young inventors the tools they need to build and create amazing things.

In a world where men largely outnumber women in science, technology, engineering and math…and girls lose interest in these subjects as early as age 8, GoldieBlox is determined to change the equation. Construction toys develop an early interest in these subjects, but for over a hundred years, they’ve been considered “boys’ toys.” By designing a construction toy from the female perspective, we aim to disrupt the pink aisle and inspire the future generation of female engineers.

Beastie Boys' "Girls" re-imagined as feminist anthem, and it's awesome