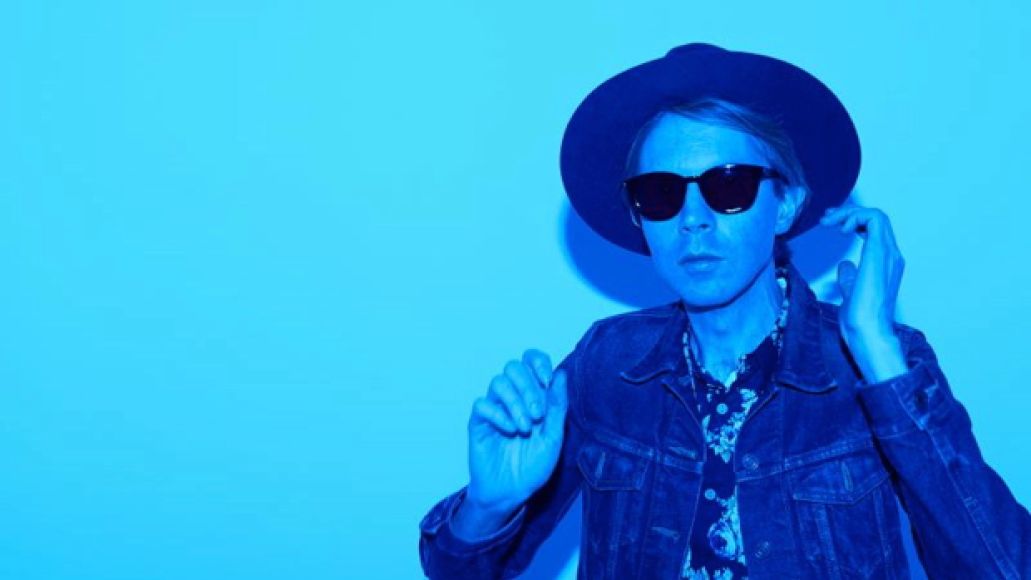 Beck will return in February with Morning Phase, his first album of recorded, original material in six years. In a new interview with Rolling Stone, the renowned singer-songwriter shared insight into the album’s recording process and other releases he has planned.

As it turns out, material appearing on the album dates back to 2005, from a session he did in Nashville. “I recorded a bunch of things real quick. Then I thought, ‘I need to come back and try this again,'” Beck explained. For his return visit in 2011, he hit the studio with Jack White and recorded several songs. “I Just Started Hating Some People Today” and “Blue Randy” were previously released on seven-inch vinyl by White’s Third Man Records. Other songs from the session, including “Walking Light”, “Blackbird Chain”, and “Country Down”, will appear on Morning Phase.

Update: According to Beck’s publicist, Jack White did not contribute to the sessions for Morning Phase.

Beck described Morning Phase as “California music,” adding, “The songs are coming out of a California tradition. I’m hearing the Byrds, Crosby Stills and Nash, Gram Parsons, Neil Young – the bigger idea of what that sound is to me.” Meanwhile, publicity for the album has referred to it as the sequel to 2003’s Sea Change, and Rolling Stone notes there are “similarities in texture, velocity and personnel” between the two albums.

Beck also revealed his hope to release a second album later next year. Despite rumors, however, it’s not a solo record. “It’s still in flux,” Beck added. “I’m thinking about the live show, a certain energy. That’s a whole other kind of writing – and difficult to do. You’re writing for a studio environment that is the antithesis of where the song is going to live.”

A third album, recorded in 2009 but later shelved, could also see light in the near future. Several of its tracks, specifically “Gimme” and “I Won’t Be Long”, have been released as stand-alone singles. He described the material as more akin to 1996’s Odelay.

Lastly, Beck spoke about his recent back injury. In a separate interview, he admitted that the severity of the injury temporarily derailed his music career. Speaking to Rolling Stone, he revealed it even affected the recording of his previous album, 2008’s Modern Guilt. “Making that record was like doing it with both hands tied behind your back. It hurt to sing. I’m whispering through half of those vocals.” Beck told Rolling Stone that he has since returned to full strength.