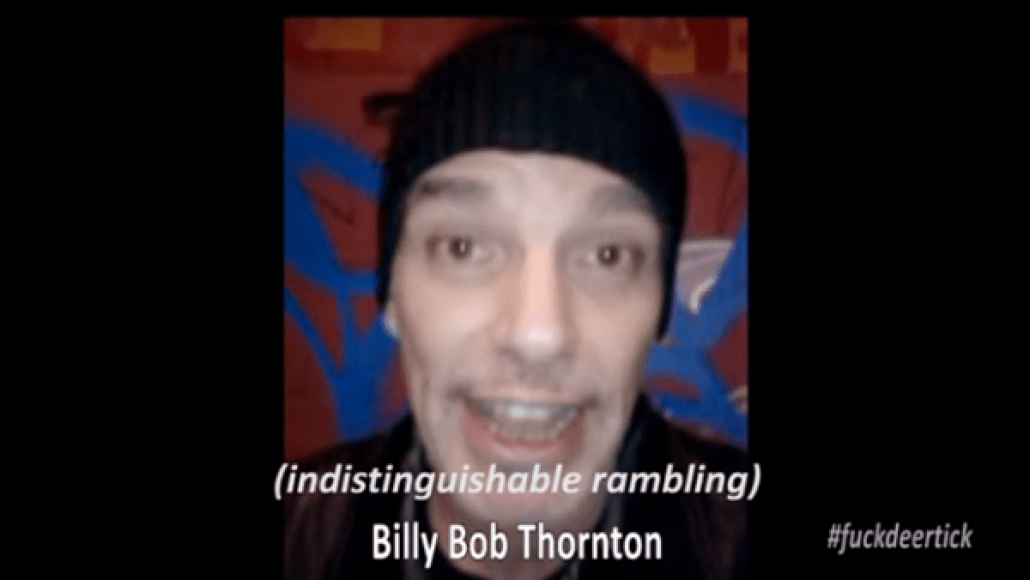 You know what, fuck Deer Tick. Fuck ’em. They’re a bunch of jerk-offs and frankly were no fun to interview. And I’m not alone in the sentiment. In a new video, the likes of Bryan Cranston, Conan O’Brien, Channing Tatum, Kirsten Dunst, Hannibal Buress, Billy Bob Thorton, David Cross, and even Bruce Hornsby express their distaste for the Rhode Island rockers. Watch the clip below, and share the hate.

Well, actually, Deer Tick are some alright cats with a sarcastic sense of humor. The video is part of a their new ad campaign/competition, in which they’re asking fans to share their best “fuck Deer Tick” video on Instagram or Twitter and tag it with “#fuckdeertick”. First prize gets a CD and limited edition blue vinyl of the band’s latest album, Negativity; a signed poster; pennant; and tickets to a 2014 headlining gig. But the real gem in the prize pack is a video of Deer Tick telling the winner to fuck off. Second gets the vinyl, CD, signed poster, pennant, and a t-shirt. Third wins a regular vinyl, CD, and signed poster.