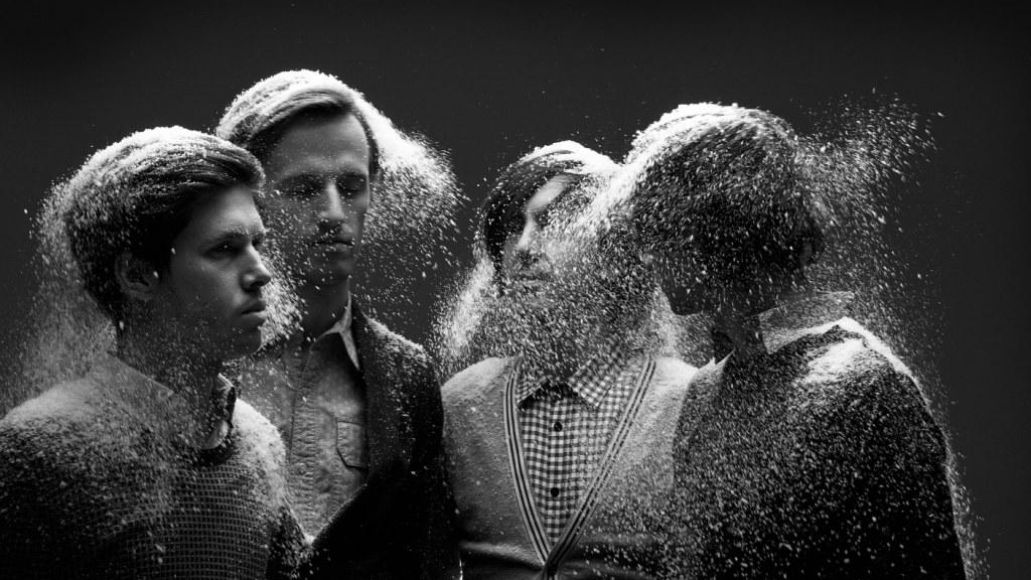 Cut Copy, under the creative leadership of multi-instrumentalist frontman Dan Whitford, has quietly amassed a 12-year career replete with critical acclaim and plenty of toe-tapping. The group seems to have located a sweet spot that positions their output at the intersection of upbeat melodies, pleasantly woeful vocals, and sonic experimentation. This week’s release of the aptly-titled, acid house-inspired Free Your Mind follows up the legacy of 2011’s Top Star-rated Zonoscope. Recently, Consequence of Sound caught up with a stateside Whitford to discuss interpretations of freedom, the thriving Melbourne music scene, and how the Summer(s) of Love influenced the new record.

Are you over stateside right now?

Yeah, we’re just in Nashville doing some rehearsing in this place for our tour starting in a few days.

You guys are heading up the West Coast first, right?

Yeah, that’s right. We’re getting back out on the road again, which is weird because we haven’t done any major touring for a year and a half at least.

Is that because you were busy focusing on the new album, or were you just taking some time off?

No, we were just making our record and we just needed a sort of time out to get creative and make music with all these instruments that we need, so it can be hard to make proper tracks when you’re traveling. We were just sort of getting into home mode for a while. It’s the way we got going to make this record. I think we missed doing some shows and doing some touring, so now that’s what it will be for the next year or so.

I’ve been listening to Free Your Mind for the past couple of days. It’s really good. I’m very impressed. I wanted to talk to you about the concept of freedom, because I know that is a bit of a theme on this record. Is the title representative of a general notion of freedom? Or is it about the internal freedom of the mind in contrast to external theories of freedom?

I think it’s kind of an open-ended idea, really. We like the phrase and the concept of “free your mind” on a number of levels. I think it’s a cool thing in that it can really be interpreted a number of ways. The phrase popped up in the lyrics of some of the songs and it really encapsulated the feeling of the record. In various different levels, I think the concept of freeing your mind runs through the whole record. There are a lot of possibilities to it. I wouldn’t want to limit it to one thing. I think it is good that there are multiple interpretations.

I think it is a neat concept too, especially because in the last couple of years there have been many relevant world events that raise a discussion about the idea of freedom, whether it involves WikiLeaks or the Snowden situation. Is this record a reaction to the changing state of freedom in the world? Do you think we are more free now or less free? Or do you think we kind of control our own freedom?

I think we do control our own freedom. At least most people are lucky enough to do that. I don’t think it’s necessarily a political statement, but it could be, I guess. It’s really more of a general outlook on life and kind of a mindset which could be quite a big spiritual thing or just a more general way of living your life. Or maybe just in the moment, freeing your mind. You’re out having an awesome time, that sort of has a bit of resonance in various walks of life and there are various ways you can take it.

I’ve heard you say in a couple of interviews that you cited the Summer of Love, 1967, as an inspiration. It seems conceptually that the San Francisco scene influenced the mood of the record, but musically it feels like the Second Summer of Love, in the late ’80s UK, had an even bigger influence. Could you discuss how some of these movements and eras affected your approach to making the record?

Before making this record, we got away from our homes for a long time. And, I started going out again as a punter, and going to shows and club nights, and I sort of rediscovered and reconnected with a lot of things that were going on in dance music and pop culture, especially the really awesome underground nights and interesting parties. I noticed a super dedicated following and a lot of these things you wouldn’t know about unless you were really quite connected or knew someone. You had to be in the right circles to even hear about some of these parties. They’re awesome! Just a dedicated following, really. That sort of spirit.

It was interesting to hear about the early acid house days where British culture really existed around pubs. Life was pretty hard in those years, with businesses closing, so kids just started going out to these raves and created these secret warehouse parties that went all night. And they were illegal, so you had to really know about them, and be switched on, and get directed to them. That seemed parallel to some of the stuff I was seeing in Melbourne. I started reconnecting musically with this era of British dance music and got passionately involved in hunting down records from that time. I already had a lot of records from that era, but I went back to listening to them and getting excited about them once again. “Free Your Mind” has sort of become a distillation of what I love about dance music. We are bringing it back to its core elements and seeing how those elements stand as true today as they did back when that sort of music was first incarnated. 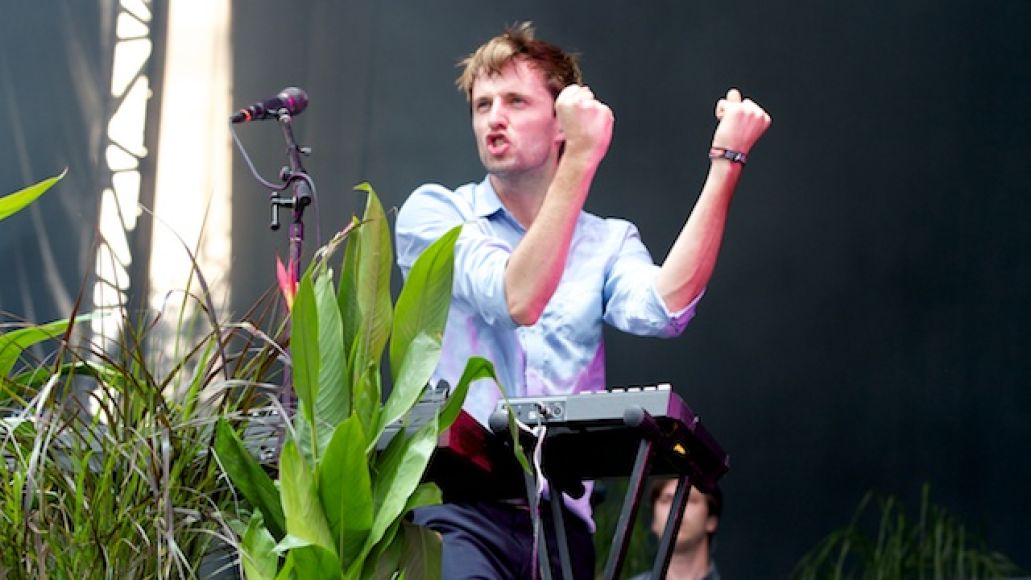 I’m actually speaking to you from Chicago. Back in the mid ’80s there was definitely a big house music scene here. A lot of that acid house worked its way into the UK scene. Disclosure recently cited the Chicago scene as influencing them.

Yes, Chicago and Detroit are equally exciting in my mind.

Has there been some sort of Summer of Love in Australia? Is Melbourne primed for that?

I think dance music has always had a strong underground following in Melbourne. I don’t know if there was a Summer of Love vibe or that sort of crossover. I know in Australia we have had much more live events lately with bands like us, The Presets, and Midnight Juggernauts emerging through the mid-2000s and becoming a more mainstream thing. I think dance music has become a lot more mainstream in the last five or six years. I don’t know that we really had that tipping point or total cultural sift that sort of happened in the UK, though. Maybe we’re primed.

Yes, The Avalanches were so iconic, almost an anomaly in Australian music. I know at that point in time the only underground music I found interesting in Australia was much more indie guitar stuff, and that was what seemed to be cool. I guess there wasn’t really anyone doing vaguely cool stuff like what The Avalanches were doing. They really came out of nowhere as far as Australian music history goes. Their legacy made me think, “Whoa, they can do something cool and exciting, and maybe I can start making music, and writing stuff, and trying things.” There was a sense at that point in time that Australia was really too far from anywhere to have much international impact. The Avalanches did, though. It was very inspiring for a lot of artists, especially those thinking about doing something that wasn’t typically associated with Australia. This sample-based psychedelic dance music influenced some of the more interesting acts that have come out of Australia since.

Looping back to the concept of freedom once more, I noticed you are the producer on Free Your Mind. Did this role allow you to approach the album as a perfectionist, wanting to control every aspect of it? Why did you feel you were in a better place to realize the full vision of the record?

I remember talking with The Avalanches guys quite a long time ago. We discussed how you sort of know your own record better than anyone else who would come along and try to mix it or produce it. We’ve done a couple of records now, this will be our fourth, so there is a little more experience and confidence that this is something we can do. We have our own ideas about what sort of production we need. Inevitably, when you make electronic music, you’re making productions as you’re writing it. It’s actually part of the writing process. We had so many ideas as a band about how we wanted our records to sound and work, so I think in some ways having an outside producer on top of that might just be too many lunges. We’ve got enough on our own to make a record interesting and to work the way we want it to. 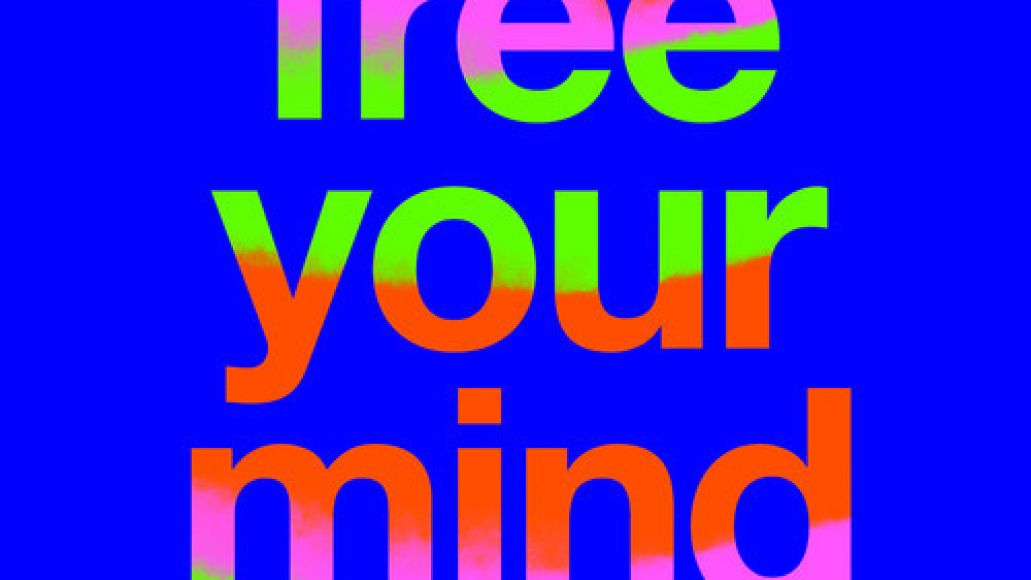 Definitely. I remember looping your debut album, Bright Like Neon Love, and The Avalanches’ record all through college. They both created such a lasting mood whenever they came through the speakers. Since you are friendly with the Avalanches, I have to ask the obligatory final question: Any word on a new release from The Avalanches in the next decade?

Hopefully hearing Free Your Mind will help motivate them to pin down an actual release date.