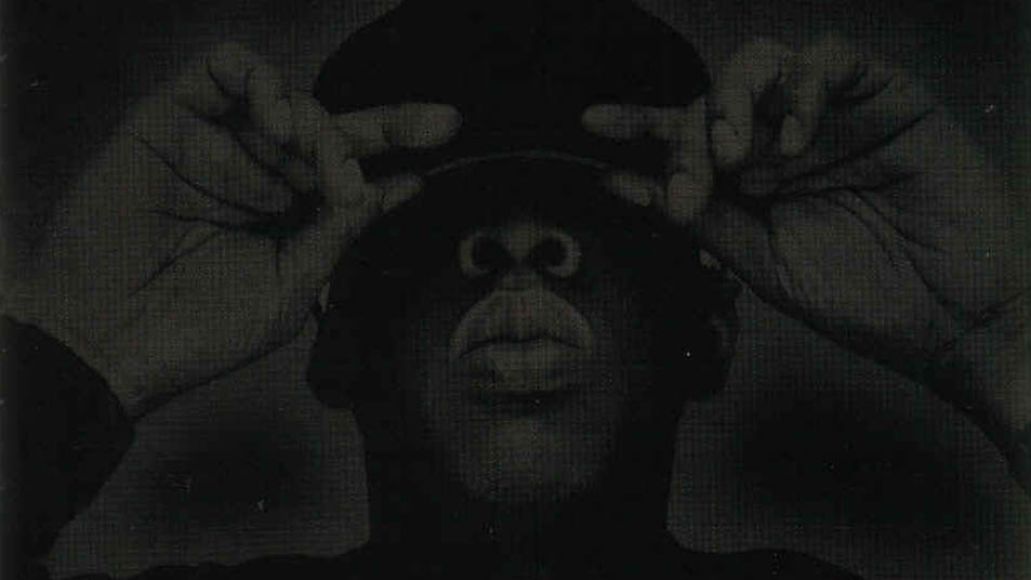 For this edition of Dusting ‘Em Off, Mike Madden, Pat Levy, and Brian Josephs discuss The Black Album, Jay Z’s eighth  solo LP, which turns 10 years old this week. The three writers digress on the LP’s status as a definitively New York record, the producers that helped make it so state-of-the-art, and how Jay’s legacy might be different if his final answer to “What More Can I Say?” had been “nothing.”

Mike Madden (MM): Most days, I consider 2001’s The Blueprint my favorite Jay album. The other days (though never Saturday, because The Blueprint is definitely a Saturday-afternoon album) I say The Black Album. I realize this isn’t an unpopular stance. But though they were released just two years apart, the two have always struck me as fairly different. Black was my personal introduction to Jay, and I think it’s the more accessible album for all Jay neophytes/non-rap fans – as it turned out, the then-obscure producer Danger Mouse would ignite the early-‘00s “mash-up” craze by mixing Black with The Beatles’ White Album, while nu-metal titans Linkin Park followed suit later in 2004, blending their Meteora with Black standouts for the EP Collision Course. “Lucifer”, with its pithy conceits (“I’m from the murder capital where they murder for capital”) and trampoline Kanye West beat, has always been my favorite song on the album, but there’s no denying that “99 Problems” is the single most iconic track in Jay’s catalog. It’s also an encapsulation of Black as a whole – big, bold, and lucid.

Pat Levy (PL): I’m definitively declaring The Black Album my favorite Jay Z album. The Black Album has had more staying power for me personally than even The Blueprint, and I think a lot of that has to do with the production. The Blueprint is chock full of singles, but it’s a real scattershot with songs like “Takeover”, which is a stomping battle cry to all of New York, right next to something playful and radio friendly like “Izzo (H.O.V.A.)”. The Blueprint felt like the moment Jay transitioned from a talented rapper who used to be a drug dealer into a legitimately marketable musician and The Black Album was subsequently the moment he made the jump from musician to aspiring mogul. It doesn’t have the consistent string of hits that its predecessor had, but “99 Problems”, “Dirt Off Your Shoulders”, and “Change Clothes” will stand as three of Jay’s most remembered and revered songs, while “Lucifer” is easily my favorite song in his catalog and what I believe to be Kanye’s best production before he started getting on the other side of the mic. Rick Rubin could’ve retired after “99 Problems” and he would’ve still gone down as one of the greatest hip-hop producers of all time. That song is fucking anthemic. Even my mom knows half the lyrics.

Brian Josephs (BJ): The Black Album is a great album, but I wouldn’t say it’s one of Jay Z’s greatest albums. The Blueprint eclipses with New Yorker panache, Reasonable Doubt for its intensely detailed lyricism, and on most days I’d even take American Gangster over The Black Album. But I do give credit to The Black Album for its immediate bangers that still hits as hard as it did within the context of Jay Z’s grand farewell. Your offspring (and yours too, readers) will know at least one verse from “99 Problems”. Timbaland creates to audio representation of the term “swagger” on “Dirt Off Your Shoulder”. The floss and flourish of “Change Clothes” still sound prosperous a decade later. The Black Album as a whole takes me back to 2003 whenever I give it a spin. I was an 11-year-old Nas fan growing up in Brooklyn when word of Jay Z’s retirement was buzzing, the “99 Problems” video in which he catches bullets was making rounds, and I was sitting in my room listening to Hot 97 trying to comprehend when I loved “Dirt Off Your Shoulder” so much.

Around that time, Missy Elliott appeared on TRL and was asked if she felt Jay Z was going to truly retire. She said no, but echoed what a lot of fans were thinking—and hoped—was the case. But even the hypothetical event of Jay Z’s leaving had people thinking what would be lost. For Jay Z diehards, it was the King of New York. For many, it it was one of hip-hop’s greatest songwriters. Even a few who were anti-Jay Z knew the genre was losing something huge. Even when I remove myself from that timeframe by around track five (which of course happens to be “Change Clothes”), I still find myself intrigued by the approach he took with this album. It’s not the reaffirmation of Jay Z as a king (he lets “Public Service Announcement” speak for itself), but a representation of the composition of a Jay Z: remarkable hit songcraft, an unmistakable confidence, that solid ear for beats. Then there are those moments of introspection like album-closing highlight “My 1st Song”. The dude even brings his mother along for the ride. What did you guys think of his approach?

MM: Just Blaze, Timbaland, Kanye, The Neptunes, Rick Rubin, DJ Quik, et cussing al. Jay had never worked with so many all-world producers at once, which is an indicator that he wanted the album to have a cumulative effect – here are all these guys he’d worked with before, many of them still at the height of their powers. For a more overt sense of retrospection, Jay is constantly bringing up the past, like when he takes us back to ’94, his trunk filled with yay, in the second verse of “99 Problems”. But I love how efficient he can be, too, like when those screaming organ lines burst forth on “Public Service Announcement”: “My name is Hov, H to the O-V/ I used to move snowflakes by the O-Z/ I guess even back then you can call me/ CEO of the R-O-C.” Dude may have been throwing in the towel, but he was also twisting it up and snapping it, locker-room-style, at anyone hoping to supersede him. That’s the mental picture I get, anyway.

PL: The locker-room analogy is all too fitting because this entire album is a preemptive victory lap for a rapper who spent his career clawing and climbing his way to the top, only to step away at the pinnacle of his career like we’ve watched athletes like Michael Jordan and Barry Sanders do. We all knew he was coming back though, just like we did with Jordan, which is what makes the “When I come back like Jordan wearing the 4-5/ It ain’t to play games with you, it’s to aim at you, probably maim you” one of the moments on the album where Jay is more transparent with the audience. Sure this was his retirement album, and his last show at Madison Square Garden was enormous enough to necessitate a documentary, but such talent and importance to the game makes it near impossible for such a figure to fade out of relevance. This album was never meant to be Jay’s supernova, blowing it all out and going out in the biggest way possible, and I don’t think Jay would ever really have it that way. Not to say that he would rather step out of the game quietly, but after putting out some of the best tracks of his career and clearly proving there was a lot left in the tank it would’ve been a mistake to leave and Jay knew that.

BJ: I agree, and I respect the album for succeeding despite using a crazy 11 producers. Jay Z doesn’t sound the least bit foreign over any of them, even though there are duds like “Justify My Thug” — which ranks among the lower echelon of Jay Z’s discography. But what’s perhaps equally impressive is how he uses all these elements and still manages to maintain this rapport with the listener. He’s done it before, but it’s been more so with a sense of awe rather than the mix of relatability and empathy he does here (although you can argue Reasonable Doubt does this, but it does so with less producers to curate). I definitely have not seen in-person hundreds of people so galvanized as they were in that summer in Yankee Stadium when Jay Z came and performed “Public Service Announcement” as part of the Legends of the Summer tour. And also: “99 Problems”. Even on when he’s at his most technically impressive in “My 1st Song,” Jay Z is rapping gems like, “Came from the bottom of the block I/ When I was born, it was sworn, I was never gon’ be shit/ Had to pull the opposite out this bitch.” While The Blueprint was the canonization of Jay Z as King of New York and its sequel was the inadvertent collapse under that weight, The Black Album felt like more of a reintroduction of Shawn Carter — the man who made it from Marcy to the Def Jam offices. It’s a hip-hop “We made it” story for most of us.

PL: If Jay had actually dropped the mic after this album, the entire landscape of rap would probably be different. All of Jay’s albums after The Black Album, at least in my humble opinion, are faaaar inferior to The Black Album and all of the albums prior to that. Not to say that Kingdom Come and The Blueprint 3 didn’t have their bright moments, because when it’s all said and done “Empire State of Mind” will be one of Jay’s lasting legacies, but every album following The Black Album just felt like a letdown in its enormous shadow. Never again will Jay replicate the utter badassery of “99 Problems” or have the self-assured swagger of “Dirt Off Your Shoulder” without the hunger to be the king he used to have. There are still people who will forever declare Nas the king of New York, but when The Black Album came out there was no question that Jay was on top. If he had actually stepped away in 2003, I think there would be less of a G.O.A.T. debate, Jay would have that shit locked down.

BJ: The album’s greatness somehow goes beyond the singles. A good portion of it is contextual. What was then thought of as Jay Z’s last album became known as his last truly great album. A closer look shows this is also New York’s last classic hip-hop album, and perhaps there won’t be a New York rap album that approaches its level — contextually or maybe even simply track for track — for a while. Even when taken out of context, I firmly believe The Black Album would still be highly regarded. Jay says “If skills sold, truth be told, I’d probably be/ Lyrically Talib Kweli/ Truthfully I wanna rhyme like Common Sense/ But I did 5 mill’ – I ain’t been rhyming like Common since” on “Moment of Clarity”. I don’t think this is just a statement on commercial appeal but also the wide scope of audience he was trying to reach. He wasn’t trying to be a Big Daddy Kane, a Biggie, a Talib Kweli, or anyone of New York rap’s canonical figures. He was everything on The Black Album. This wasn’t only a retirement album, but a solid argument itself for his canonization.