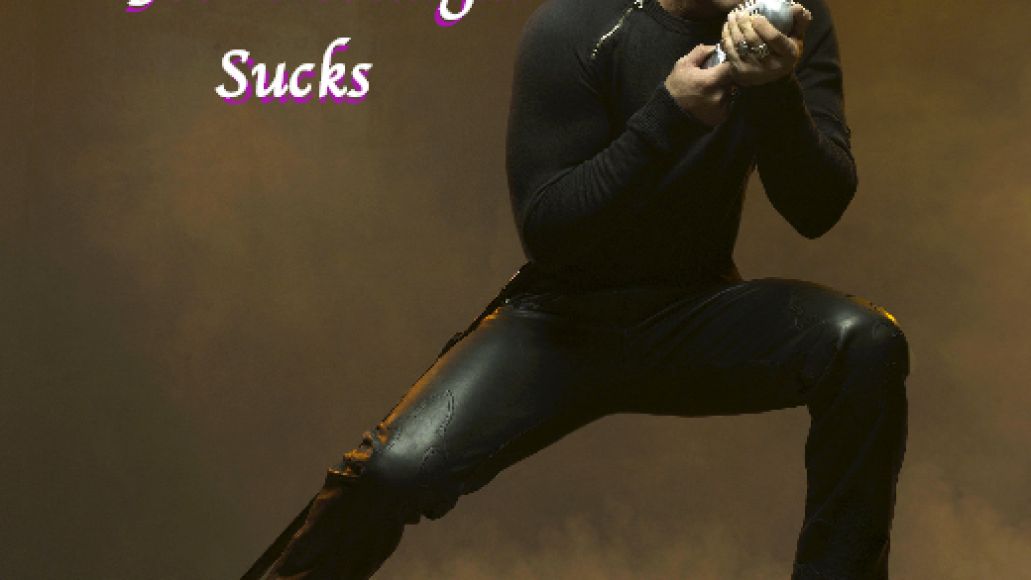 As the time gap between the ’90s and our current age grows ever wider, we start filling it in with sticky sweet nostalgia, reminiscing of a time when the bands were made of boys, the jeans were acid washed, and the Yoohoo flowed freely. But as we revisit episodes of Are You Afraid of the Dark?, Chris Farley movies, and albums by Nirvana — there lies a darkness lurking around each artifact. Unbeknownst to many, a gloomy motley crew of forgotten faces are riding the coattails of more popular figures, returning to haunt our souls and browsers. Here are five of them:

Scott Stapp is hoping you’ll be embracing his new solo album Proof of Life with arms wide open. (Sorry.) It’s his second effort without Creed and without the various self destructive habits of his past. “I think it’s about finding a purpose within the madness, finding a message within the mess,” he told Billboard in October. Creed is “on ice” at the moment, but if your life is lacking something, specifically Stapp’s throaty garble, he says he’s excited about starting this new season of his life (with arms wide open. Sorry.) –Erin Carson

The Counting Crows are Releasing a Live Album

For most of us, The Counting Crows have been relegated to “Mr. Jones” renditions during karaoke nights or perhaps occasionally moment of “Colorblind” when Cruel Intentions is on TNT. But whether we’ve realized it or not, Adam Duritz and Co. press on, and Echoes of the Outlaw Roadshow, their sixth live album, serves as another sign of their stamina. With both of the aforementioned songs as well as a crop of newer numbers, the 15-track album spans the band’s career and finds the band saying, “2013, here we are!” –-Amanda Koellner

We would be remiss to write about the ’90s sans any mention of boy bands, and although okay, yes, of all the former heartthrobs to choose from for keeping the decade alive, Mr. Carter could obviously be replaced with one Justin Timberlake, but Nick’s experienced hardships. Being thrust into the limelight as a young chap drove him to drugs and alcohol, his sister passed away in 2012, and his younger brother Aaron is still trying (and largely failing) to throw the party of the month – no, the party of the year! – as seen in this gem of a Noisey piece. In September’s Facing the Music and Living to Talk About It, Carter tells his life’s tale and offers advice to readers in an attempt to stay relevant post NKOTBSB tour. –Amanda Koellner

It’s been a long time since the days when “Fly” was playing in every video store and food court. The new reason to talk about Sugar Ray comes not from a greatest hits album, or a new entertainment show hosting gig for frontman Mark McGrath, but from legal trouble. Two former members of the band are suing McGrath for a “series of self-serving and vindictive actions,” Billboard reported. Of the various complaints, the stand out is the accusation that McGrath flew first class while making the others fly coach. Our advice: Spread your love and fly, bro. –Erin Carson

The former band started the announcement of said ship adventure on their website with the phrase, “Due to the overwhelming success of their current co-headling tour …” Who knew. In addition to three nights of accommodations aboard the Carnival Imagination (December 6-9th) and all the bells and whistles that come with it, the cruise includes concerts from both bands, as well as a Q&A and photo session with Matchbox Twenty. If only we knew back in 1995 that we could one day visit www.matchboxtwentycruise.com, what oh what would we say then? –Amanda Koellner