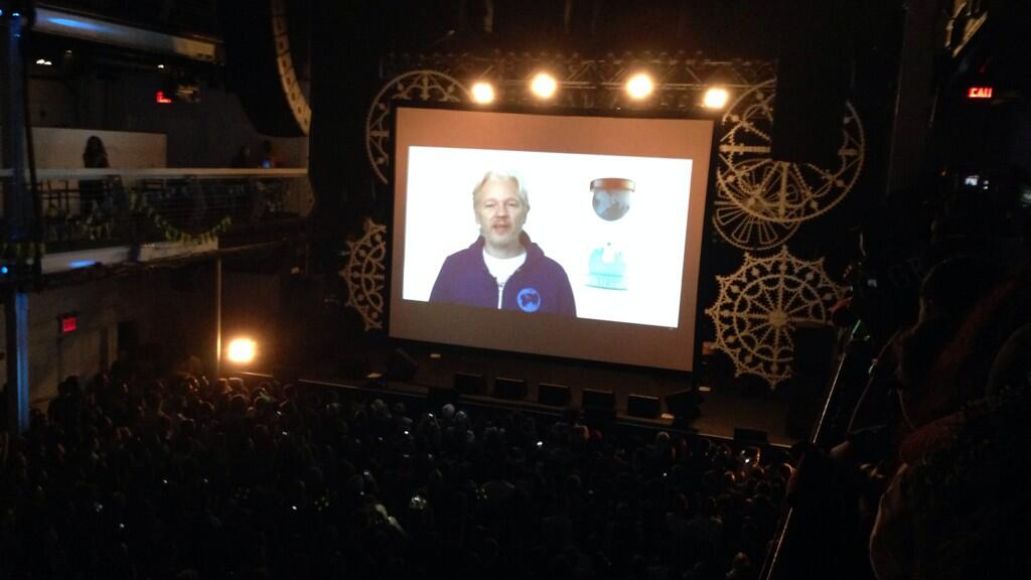 Always one to stir the pot, M.I.A. had a surprise opening act for her performance at New York City’s Terminal 5 on Friday night. According to reports on Twitter, WikiLeaks founder Julian Assange spoke via Skype from the Ecuadorian embassy in London, where he currently lives in exile.

Assange is wanted for leaking thousands of pages of classified American government and military documents. He’s also accused of sexual assault in Sweden.