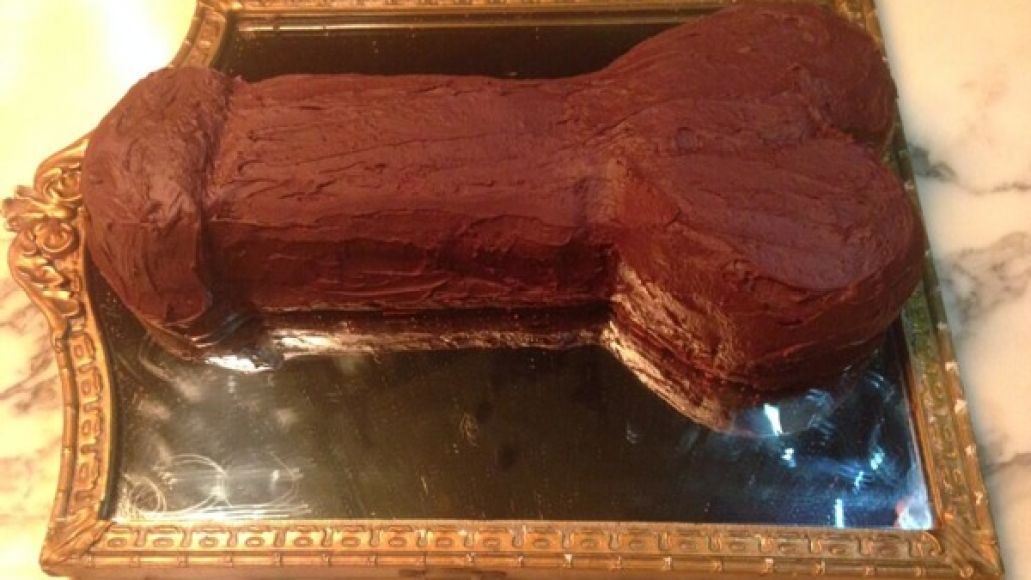 Jonny Greenwood is apparently a big fan of HBO’s Curb Your Enthusiasm, and his friends know this. That’s why they delivered the Radiohead guitarist this giant, black penis cake for his 41st birthday. Greenwood Tweeted this image of the cake, served on gold-framed mirror on a table of marble (class), confirming that this was an homage to “Larry, Jeff & Funkhauser”, and not a Miley Cyrus. No doubt Greenwood and his pals “Lucie” and Walter Cundy put this erotic baked good into their mouths while enjoying a Curb marathon. Because that’s how you celebrate your birthday when you’re in the biggest rock band in the world.