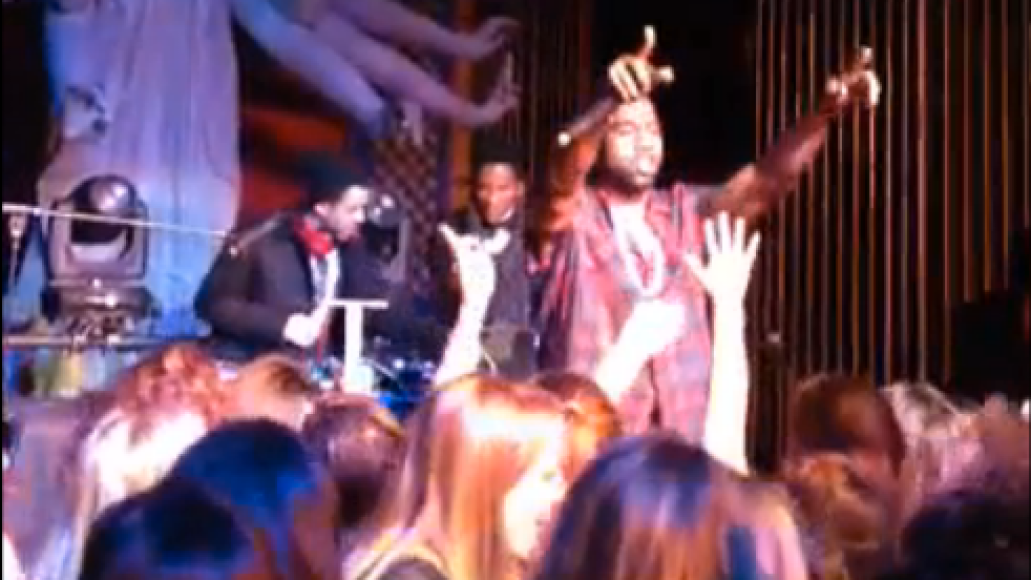 With his Yeezus tour still derailed, Kanye West did a bit of coast hopping this weekend. What began with a surprise appearance at Odd Future’s Carnival in Los Angeles on Saturday night continued with a surprise appearance at Leonardo DiCaprio’s 39th birthday party in New York City on Sunday night. As Complex points out, Yeezus joined 2 Chainz for performances of “Mercy” and “Birthday Song” before going at it solo with renditions of “Good Life” and “Runaway”. Watch a few Instagram videos below.

Makes you wonder what Leo has planned for his 40th.

And here’s a video of Leo boogying down: