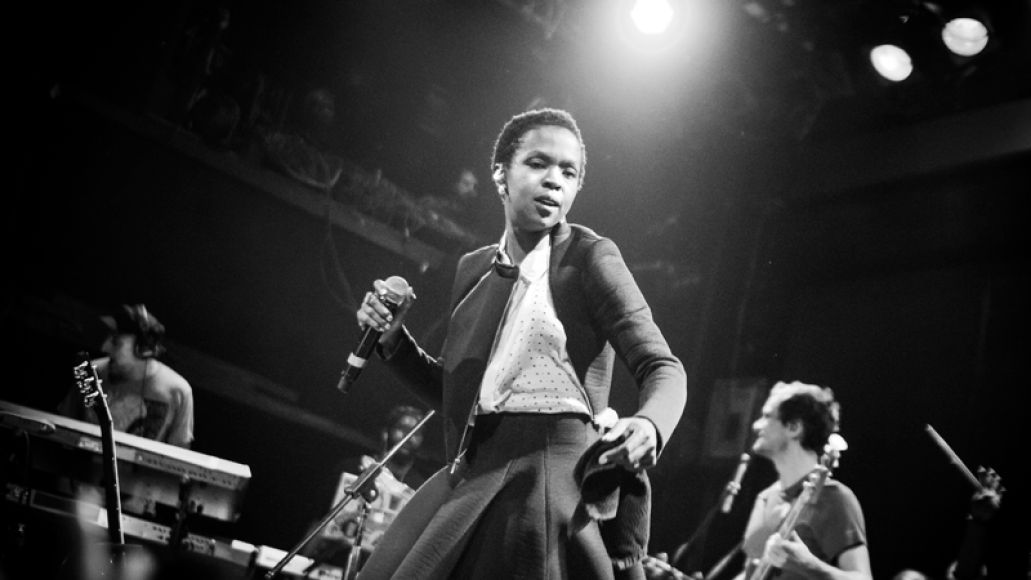 Lauryn Hill’s post-prison show shouldered a weight it shouldn’t have to carry. Writing about Hill being in jail always felt like a distasteful joke made at a nice dinner party—an absurd injustice that smacked of corruption, mistreatment, and racism. Regardless of the facts, the tension was high at Bowery Ballroom on Thanksgiving Eve. The scheduled early show had been canceled—would Hill even show?

So when she whirled onto the stage amidst her band’s already coursing reggae riff—that somehow turned into an alternate reality version of “Killing Me Softly”—it was one of the more exciting moments I’ve felt in live music during 2013. Electric lady? There’s only one. Immediately, the air was hotter and thicker, her thunderclap vocals reminding us that while Kanye might have built his own temple, some believers still worship with whatever they’ve got.

She channeled humility and grace and while she never explicitly mentioned her recent imprisonment, it hung in the air, palpable at moments. Like the increased ferocity during the off-the-cuff refrain (“working hard”) she added to “Everything is Everything” or the subtle rage (“you might win some but you just lost one”) she out into on “Lost Ones”. The weight of what she’s dealt with this year was in the room, but it wasn’t in her performance. 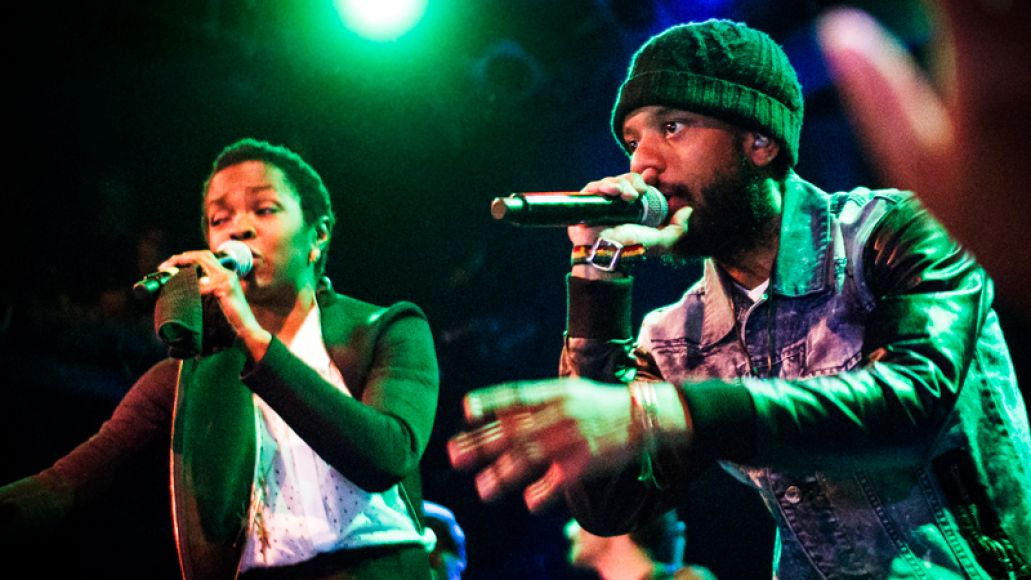 There’s fluidity to Hill’s music and these songs exist as one larger, permeable whole that she can flex or bend at will. She commands the band with the air of a maestro—even while simultaneously rapping at a speed that defies human comprehension. No, literally, she was rapping so fast it was hard to even understand her lyrics. What was even more spellbinding was how well she knew each and every phrase, never stuttering once. It wasn’t so much the songs she played, as most of them stretched far past their studio recordings and occupied different rhythms and styles, but the fact that she was there performing. That she brought her full personality to the concert without a hint of despair or poisoned anger. That she refused to accept the shame that prison and financial problems are supposed to provoke and instead kept preaching her message against capitalism and corporate greed embodied in her brand new single, “Consumerism”.

She managed to throw a handful of Fugees songs into the setlist, even retrieving the groups’ former bass player Jerry ‘Wonda’ Duplessis from the audience to see if he remembered the riff from “Zealots”. He sheepishly clambered onstage from the floor and put the goofy, miming white dude who’d been mugging behind Hill all evening to shame. So much so, that the current bassist groveled at Duplessis before taking his instrument back. The audience groaned, after a taste, no matter how small of the synergy between Hill and her old band member, the lack of that was tangible. This feeling was repeated when another bandmate filled Wyclef Jean’s role on “Ready or Not”, but her energy alone was enough to carry the song well.

Later, Hill found out it was someone’s birthday and delivered a drawn out, acapella rendition of “Happy Birthday”—even side eyeing the keyboardist when he tried to accompany her. Her version of “I Only Have Eyes For You” drew a huge reaction, as did her transition from the slow, familiar version of “Killing Me Softly” straight into the pepped up, huge band version. 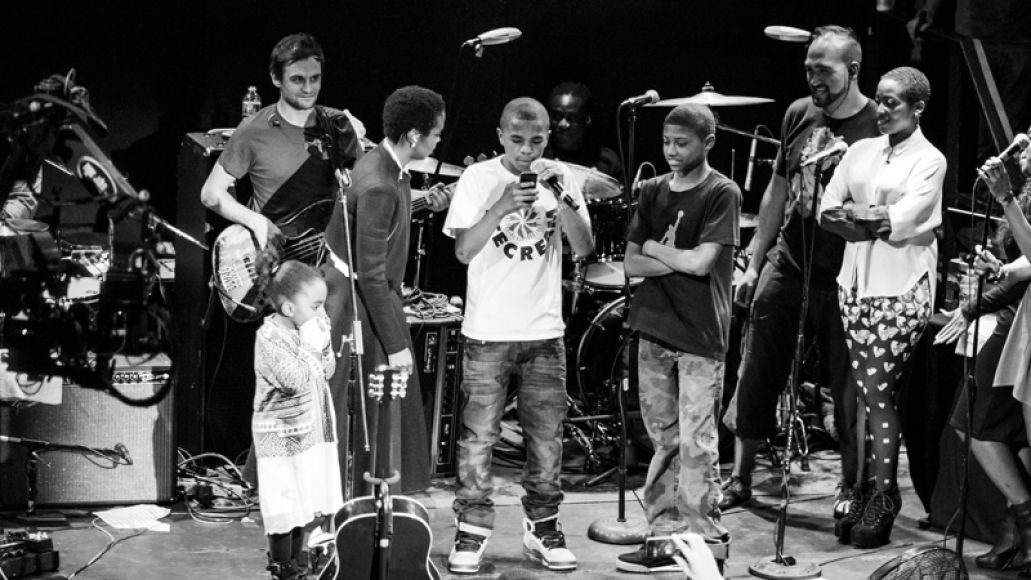 This marked the end of her set and when she came out for an encore, her sons Joshua and John, and her youngest daughter Sarah scurried out from the wings, too. Perhaps the crowning moment of the show, Joshua fumbled through a “brand new rhyme” that he had written and wanted to perform. It was telling to watch the intimately universal moment of a son whispering into his mother’s ear, hesitant and unsure, and then motivated by her belief in him.

This moment exemplified Hill’s priorities for the show: It was a homecoming performance, a family affair, and though she kept performing after this for her encore, this shared whisper felt like the end of the show. A Grammy award winner, a revolutionary in her field, and now, an ex-con—all these labels fade when you watch her simply being a mother. This kind of tenderness refocuses that her return to performing fell on the night before Thanksgiving. With all the baggage of her past, it’s still her future that Hill is focused on.