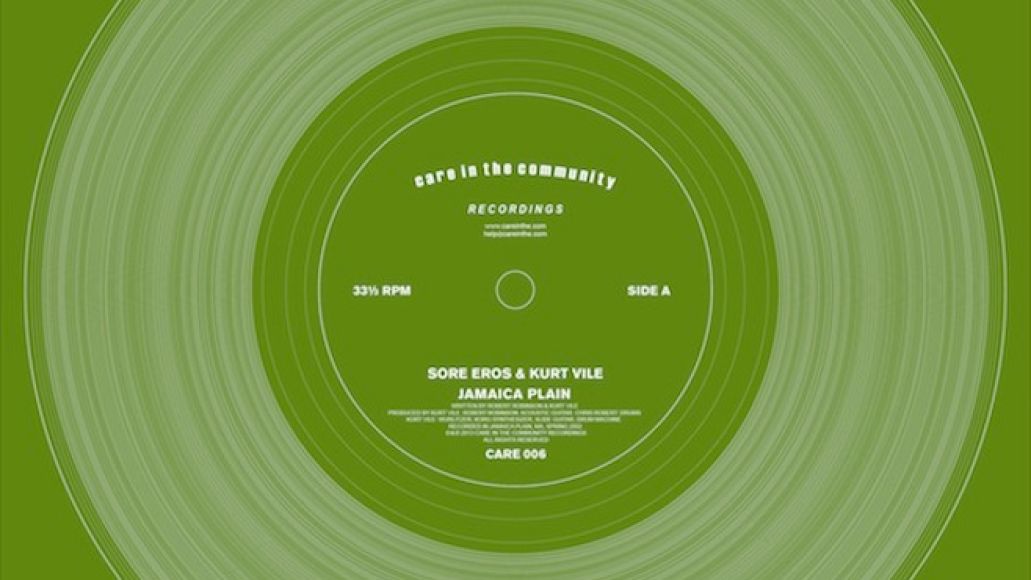 As previously reported, early recordings by Kurt Vile and longtime pal and former Violators member Robert Robinson, a.k.a. Sore Eros, will surface on the Jamaica Plain EP come November 4th via Care In The Community Recordings. Already we’ve heard the three-minute opium gaze of “Serum”, and now we have the EP’s instrumental title track. It’s a soft swirl of folksy psychedelia that’s equal parts Explosions in the Sky, Atlas Sound, and the refrain to anything off of Fleetwood Mac’s Tusk. Stream below.

Also, don’t forget about the expanded edition of Vile’s Top Star-earning, Wakin on a Pretty Daze. Due out November 19th via Matador, the Deluxe Daze (Post Haze) reissue comes packaged with an EP of seven outtakes titled, It’s a big world out there (and I am scared).