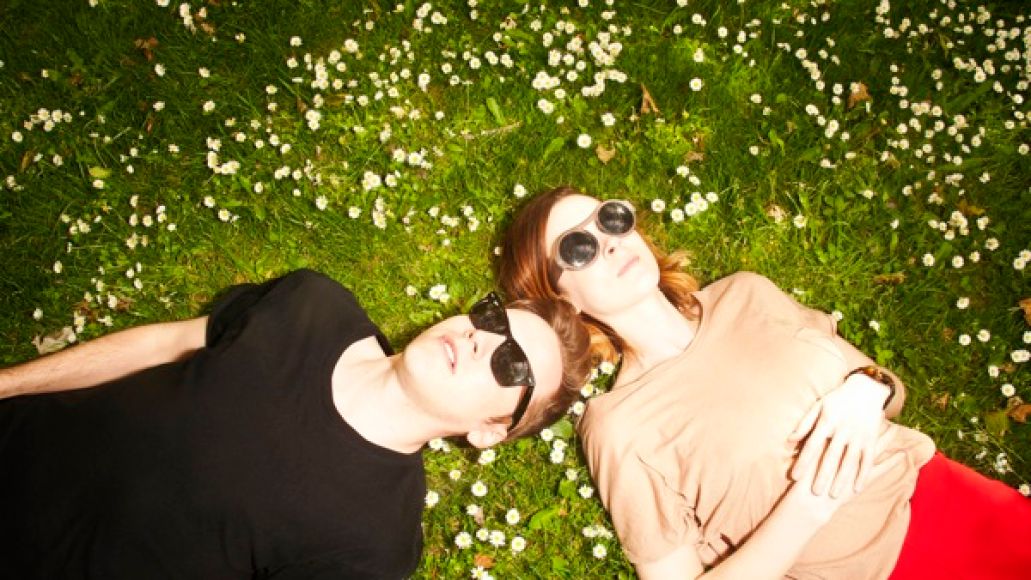 After years of shifting sonically and physically, Christopher Browder and bassist Robin Dove of Mansions recently decided to settle down in Seattle, WA. While holed up in a Capitol Hill apartment, the two invited the band over to record their latest album, Doom Loop, due out November 12th via Clifton Motel.

The setting’s limitations turned out to be a boon to Mansions’ sound, allowing the band to hone in on the crunchy-yet-catchy aesthetic that’s been a hallmark of their live shows. “People started talking about us as a fuzz pop band, but the old records didn’t really sound like that,” Browder says in a press release. “So we decided to actually make that record.”

“If You’re Leaving” demonstrates the record’s raw noise with percussion that seemingly pounds through the static of a nearby television — courtesy of John Momberg (Appleseed Cast) and engineering by Jim Vollentine (Spoon). Browder sings, “I don’t really want you to say goodbye/ But if you are leaving, it’s just polite.” Now that he’s settled down, it’s even harder for him to watch those walk away. Take a listen below.

Doom Loop is available for pre-order now on iTunes and Amazon. Mansions has a short tour set for December, and you can find those dates below.

Listen to the loud crunch of Mansions' new single, "If You're Leaving"