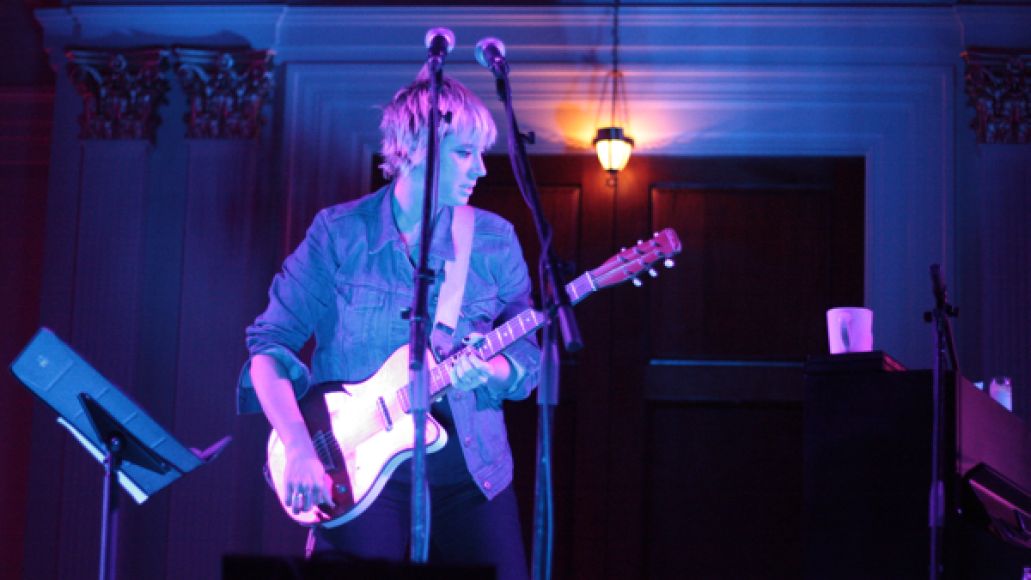 Chan Marshall puts on no acts. For a performing artist, it’s an interesting fact to focus on.

For better or worse, Marshall has never splayed out anything but her true self–in whatever form it chooses to take. And it seems at least partially out of her control. Often for Cat Power, the truth is the hardest thing to swallow. Recognizing the fragility and erraticism is difficult for everybody involved. All the apologies, all the fuck-ups, all the fidgeting, the manic internal (turned external) monologues–they’re all there. The tension of uncertainty is so palpable at a Cat Power show that it almost takes center stage. Marshall stands, or even crouches, a little off-center. We look on with tense palms, quietly hoping for us all to make it out alive.

At Sixth & I Wednesday night, Marshall did little to trump her reputation as manic pixie nightmare girl. Songs bled into one another with abrupt and indecisive transitions. Her head uncontrollably swiveled and tweaked with every strum or piano phrase. Often a physically pained look occupied her face. It was a Cat Power show, for sure. Perfectly imperfect, in it’s refusal to be anything but. And for the most part, her renditions were gorgeous and compelling. The songs were there, undeniable in their sparseness.

But Marshall was sincere in her overt appreciation of the crowd of support, apologetic in her unsure renditions, and sweetly loving about it all. “You’re mad at me…” was the anti-mantra she continually whispered to herself when she fumbled a chord or forgot a lyric. She even ripped a hangnail out, wincing in pain, before the set actually got going. It was uncomfortable, but the discomfort accounted for something special: a real, gloriously imperfect person performing genuine songs from the heart. Cat Power has an immaculate catalogue of beautiful songs; songs of personal impatience, impossible longing, and tortured narratives. They, along with her oft-dominant persona, shone bright through all the expected Marshall-fanfare. 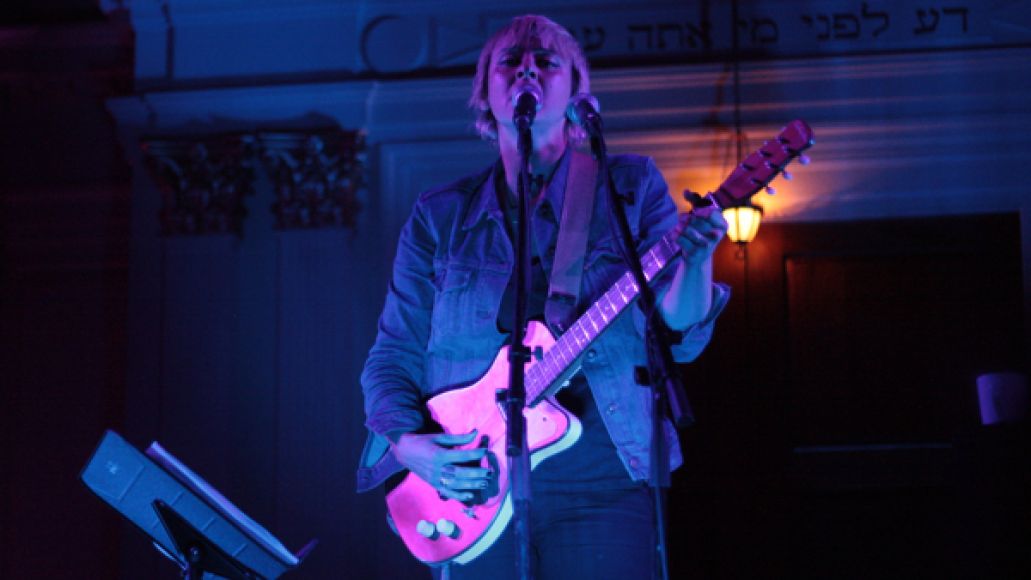 Marshall played an extensive set behind an electric guitar and an upright piano, interchangeably. There were deep cuts, Rolling Stone covers, and even seemingly impromptu French pop songs. You Are Free‘s “Good Woman” was a biting, beautifully simple ode to “if you love them, set them free.” Marshall looked visibly affected by the song’s themes–but then again, this could have been physical distress. The chilling “Names” told half-remembered tales of childhood abuse, while everyone gazed on rapt. During the more difficult moments of the set, cheers were loud and supportive, her loyal fans yelling on with equal praise and encouragement.

In live performances, Marshall exhibits what seems like an endurance test of authenticity. How long can she continue to play before something goes awry? When will she get too frustrated and cut the show short? Will she play my favorite verse? In some ways, this peripheral apprehension makes the performance stronger. We are so worried it will all fall apart, that when she hits her strides, she hits them hard. These songs are real. Even when they’re technically played wrong, the music comes out “right” because it is a true expression. It’s not the most fun you will have at a venue this year, but it may be the most suspenseful.

Setlist:
House of the Rising Sun
Hate
Love and Communication
Great Expectations
Fool
Can’t Get No Satisfaction (Rolling Stones Cover)
Good Woman
Colors and Kids
In This Hole
The Greatest
Names
Unknown
Unknown Demo
Make Me Feel So Bad
Can I Get a Witness?
Unknown
Say
Unknown
The Moon
Unknown
Werewolf
Sea of Love
What Would the Community Think?
The Devil’s Daughter
From Fur City Limits
New Song in French?