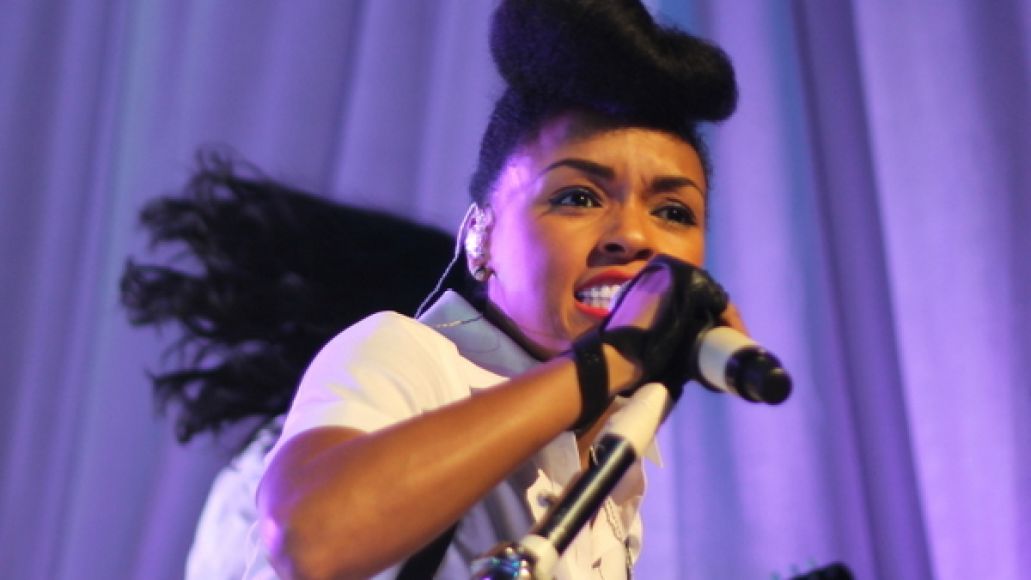 Opening for a performer as dynamic as Janelle Monáe is an unenviable challenge. If I had a worst enemy, I wouldn’t wish it on him. As a musician, producer, and arranger on Monáe’s albums, Roman GianArthur certainly had the credentials for the task of warming the sold-out crowd at Los Angeles’ Club Nokia.

Compared to the grand spectacle of Monáe, the Roman GianArthur experience was a stripped down affair, relying on just the minimum guitar-bass-drum trio to back his funky, soulful style on cuts from his upcoming album. To say that GianArthur held the attention of the crowd would be a disserving understatement. Faithfully interpreting Stevie Wonder’s “Superstition” and reimagining Radiohead’s “High and Dry” as a groove so smooth it could be a long-lost D’Angelo hit, Roman GianArthur proved to be an artist that commands notice.

Prior to the start of Janelle Monáe’s set, a trio of men in white lab coats investigated the stage setup, huddled together to discuss matters unknown, and brought one fan in the front row to tears by giving her a pink wristband and a prescription for a meetup with the Electric Lady herself. The show hadn’t even started yet, but the journey to a surreal world far away from present day Los Angeles had already begun. 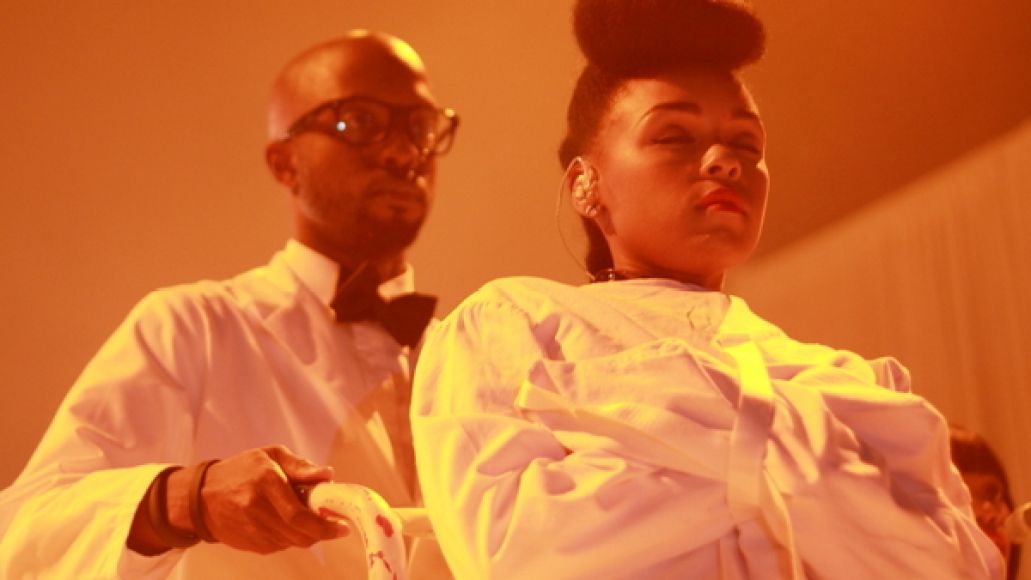 Janelle Monáe’s two albums and EP tell the tale of her sci-fi alter-ego Cindi Mayweather, an android inhabitant of dystopic Metropolis in the year 2719 that is on the run for daring to both perform as a human and falling for one. As her band, backup singers, and string and horn sections took the stage for “Suite IV Electric Overture”, one of those orderlies wheeled out a seemingly asleep Monáe on a handcart. Soon, she awoke and burst out of her straitjacket for a searing rendition of “Givin Em What They Love”. Some artists with a penchant for theatricality have been known to make a “crazy entrance,” but the literality of Monáe’s madness took the art of a grand intro to a new level.

Drawing primarily from this year’s The Electric Lady, the artist dubbed by Diddy as “the hardest working woman in music” was constantly on the run. Dancing, headbanging, and fighting with those aforementioned orderlies across the stage with barely a pause, Monáe exuded boundless energy and flair for the dramatic. Along the journey, she paid homage to her idols by moonwalking and stutter-stepping across the stage, and even invoked James Brown’s cape routine during “Tightrope”.

Musically, Janelle Monáe was similarly perpetually moving, running through a smorgasbord of genres. Whether crooning silken ballads such as “Primetime”, unleashing riotous dance-offs like “Electric Lady” and “Dance Apocalyptic”, or covering The Jackson 5 or His Royal Purpleness, Monáe stormed through soul, funk, R&B, hip-hop, and both glam and punk rock to boldly craft a sound and style that was uniquely hers. 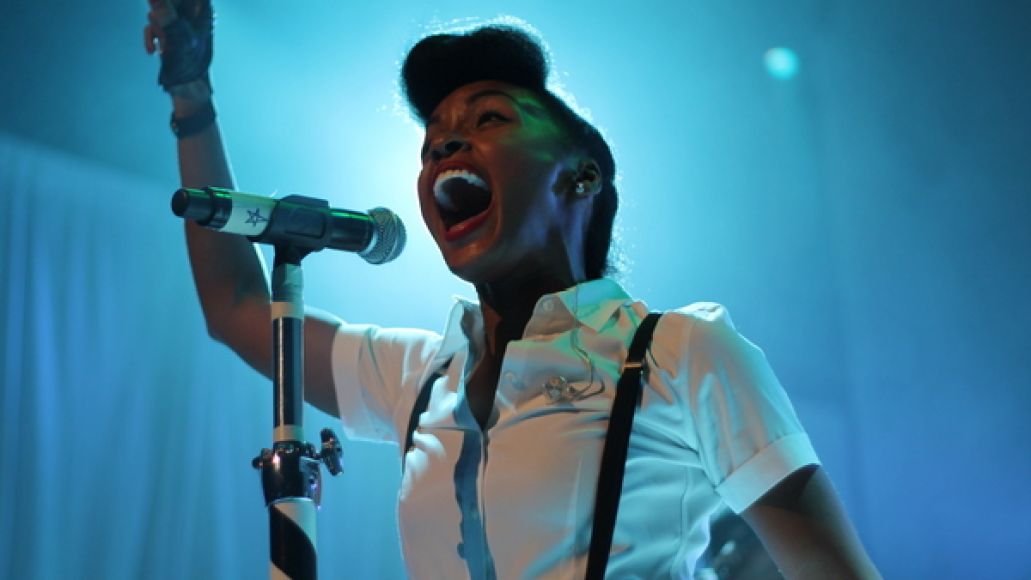 Sometimes I wondered if Janelle Monáe really is an android from the future because how can someone be such a firecracker for so long and sound spot-on while doing so? During an ultra-extended take on “Come Alive (War of the Roses)”, Monáe hushed the crowd to confess her diagnosis as a “short person” and commanded them to crouch lower and lower as she walked through the pit, eventually allowing everyone to stand again to catch her as she attempted to surf.

Although Monáe’s set had already lasted close to two hours by the time the orderlies literally carried her off-stage and I was so sweaty that even the pocket on my shirt was drenched, I found myself craving more, and joined the deafening cacophony of Fandroids in the pit screaming for a second encore. Our pleas were answered as Monáe and company returned to calm us down with a ballad whose title best summarizes the body-exhausting, pupil-dilating, soul-rejuvenating evening: “What An Experience.”