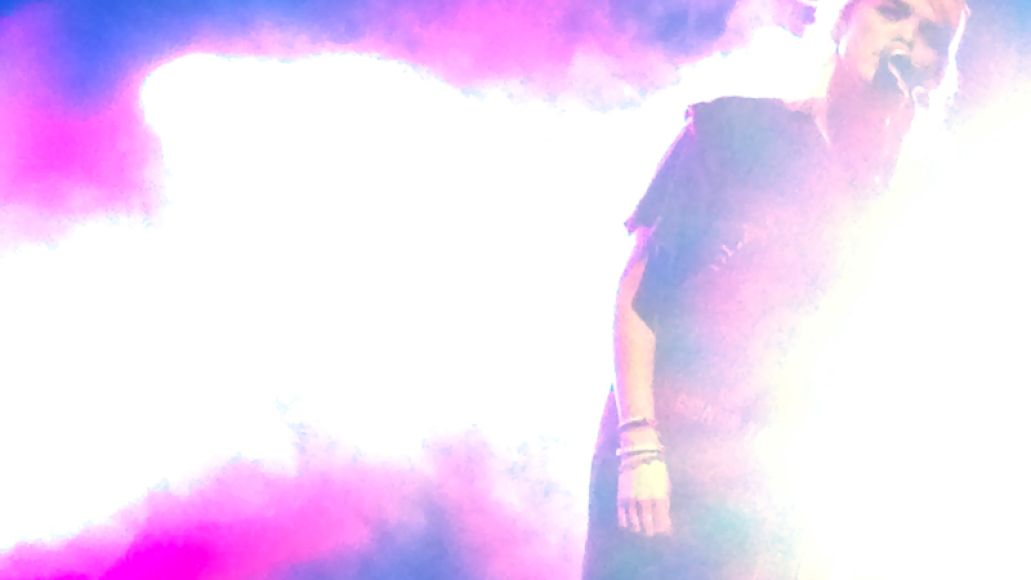 This year’s been rough for Sky Ferreira. Between long weeks ailing on the road to drug-related controversies, she’s struggled through an unlikely number of tribulations leading up to the release of her highly-anticipated debut album, Night Time, My Time. Despite its share of setbacks, the 12-track, 45-minute self-portrait has delivered a timely roundhouse kick at the temple of mainstream pop, a muggy, confused terrarium made increasingly tumultuous in recent months by Timberlake, Miley, Katy, Lily, and Gaga. And what an evolution, too. A year ago, Ferreira was scorching the minds of R&B hungry critics and fans with her Dev Hynes collaboration, “Everything is Embarrassing”, and now she’s working through leathered influences of Siouxsie and the Banshees (“Boys”), Blondie (“I Will”), Suicide (“Omanko”), and Bauhaus (“Night Time, My Time”). The best part? It’s working. 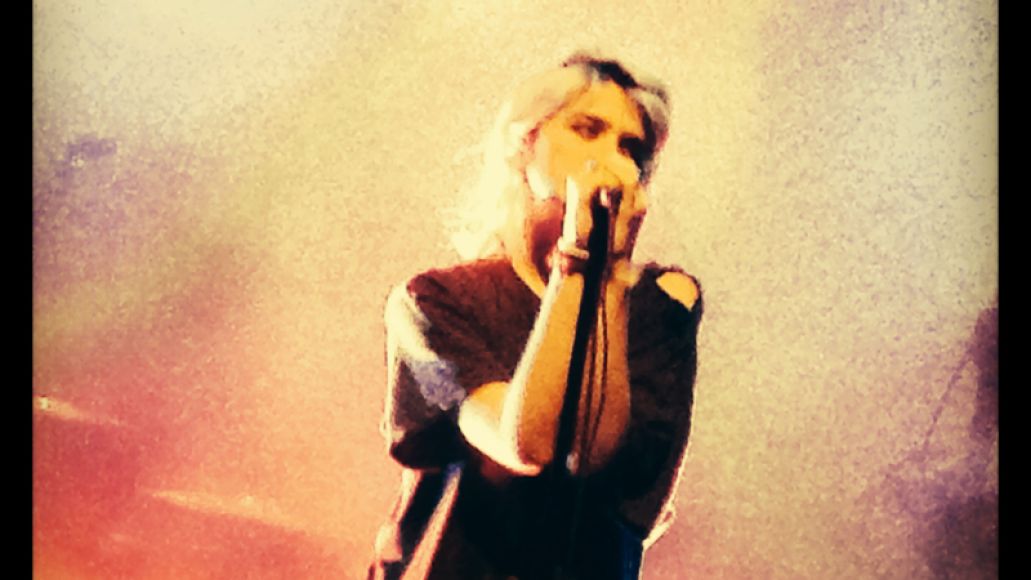 Last night, Ferreira wrapped up her tour alongside Smith Westerns at Chicago’s humble Vic Theatre. For 10 straight songs, she stood front and center at the microphone, clenching her fists amidst tufts of neon-glazed smoke and vivid declarations of love by her surrounding fans (a healthy mix of male and females, mind you). It wasn’t anything spectacular, and quite tame in comparison to the previous times I’ve caught her, but what was remarkable was the crowd’s patience. Sure enough, past singles “Lost In My Bedroom” and go-to set closer “Everything Is Embarrassing” went over like pancakes in Minnesota, but there was an almost alien, trance-y interest with the more bizarre flair a la “Omanko” and “Night Time, My Time” — as if everyone was thinking, I don’t really get this, but I want to. That’s a powerful image to experience, especially for an audience that tested the 18+ stipulations.

What’s more, it also bodes well for Ferreira’s future. The next time she’s out on the road, it’s alongside Miley Cyrus and Icona Pop in an exhaustive world tour that takes up much of 2014. “It’s like Miley Cyrus’ version of Lilith Fair, but a lot more fucked up,” Ferreira joked to us in a recent interview. All kidding aside, it’s an intriguing bill that should resolve some questions that’ll go unanswered this year, namely: 1.) How long will Mileypalooza reign?; 2.) Can Icona Pop outlast their Girls hit, “I Love It”; and most importantly, 3.) Will Ferreira’s alternative take on pop resonate with mainstream audiences? My predictions: Miley will do the expected and get bigger, Icona Pop will join the ranks of Duncan Sheik, and Ferreira will be the star fans stream on Spotify during their ride home. I’m not one to gamble, but based on the spread last night, that last one’s an easy bet.

Setlist:
Boys
Ain’t Your Right
24 Hours
Omanko
Lost In My Bedroom
Love in Stereo
I Will
You’re Not the One
Night Time, My Time
Everything’s Embarassing