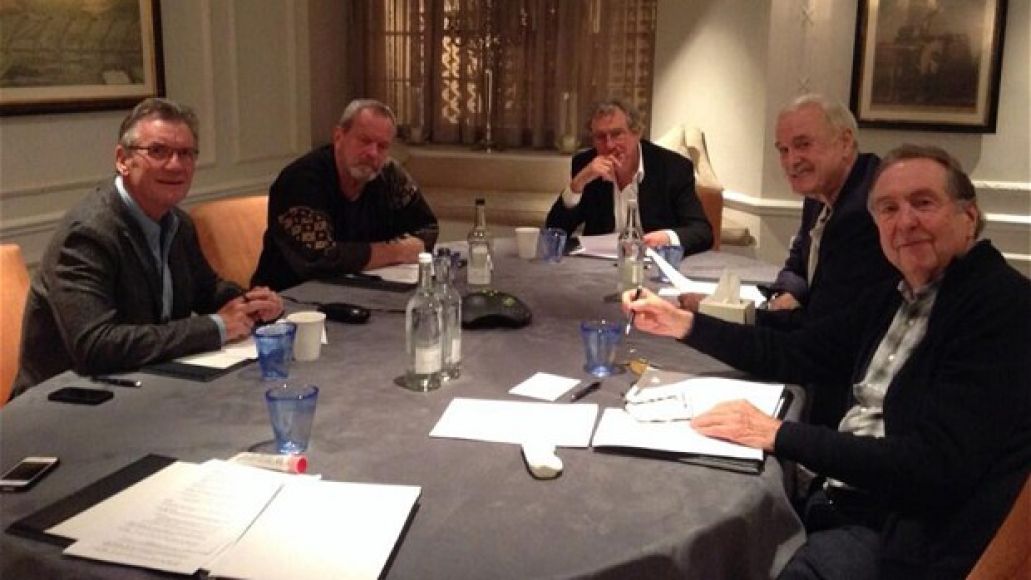 The surviving members of Monty Python are reuniting for their first live performance in 15 years. Today, the legendary sketch comedy troupe appeared at London’s Playhouse Theatre to reveal details of the forthcoming stage show. It’ll take place July 1, 2014 at London’s O2 Arena and will include new material.

At the moment, only one performance has been announced, though the group said additional dates are possible. The performance will also be filmed for future distribution.

Update: After the first show sold out in 43.5 seconds, the group has announced four additional performances at the O2 taking place from July 2nd – 5th.

During a press conference (via Telegraph), the Monty Python members ruled out silly walks due to artificial knees and hips, though said a trip to America was possible “if they are still open by then.”

Mary Elizabeth Winstead Is a Cold-Blooded Assassin in First Trailer for Kate: Watch

Monty Python reunion set for July 2014 in London, will also be filmed