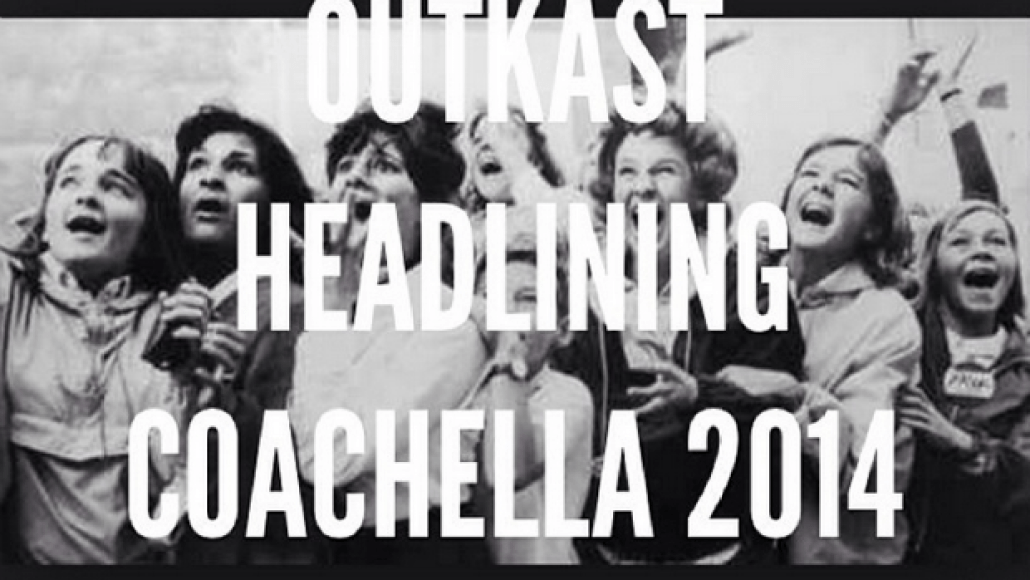 The other shoe has dropped: Outkast appear set to headline next year’s installment of the Coachella Music Festival.

Last night, Diddy’s Revolt TV reported news of the duo’s forthcoming reunion and plans for a series of festival dates. Now, longtime Outkast collaborator and Dungen Family member Sleepy Brown has seemingly confirmed their appearance at Coachella, posting the above photo via Instagram. Update: Brown has removed his posting from Instagram.

Sleepy Brown was actually the first to suggest Big Boi and André 3000’s potential reunion, saying in an October 2012 interview, “We got the 20th anniversary of OutKast coming next year…it’s coming together now.”