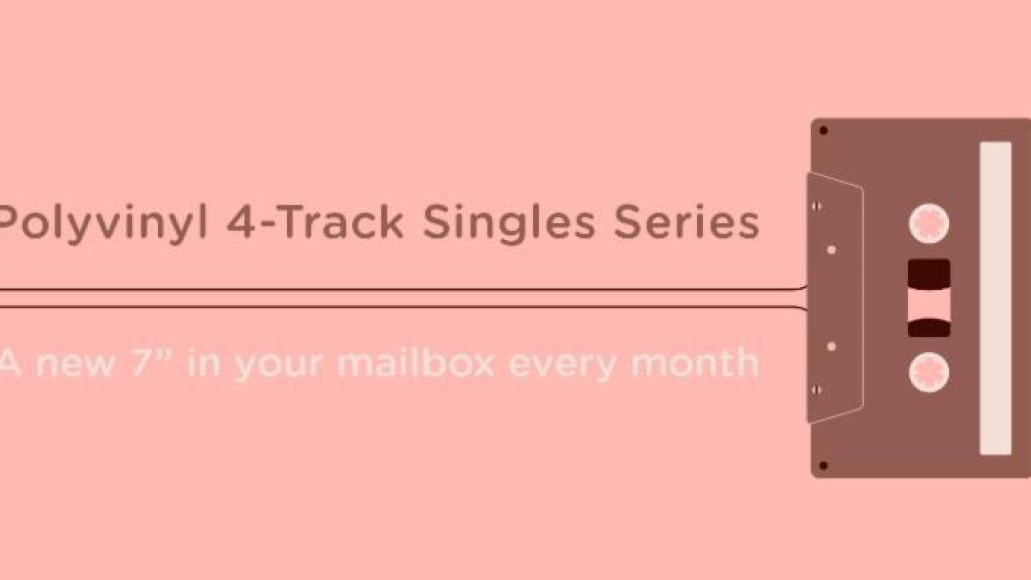 In 1994, Matt Lunsford and Darcie Knight started the Polyvinyl Press fanzine while still in high school. Over the next two decades, the duo shifted away from the publishing business and into life as a burgeoning indie label, eventually serving as the home to Japandroids, of Montreal, and Deerhoof, among others. To commemorate next year’s 20th anniversary, Polyvinyl is launching a year-long, subscription-based singles series entitled the Polyvinyl 4-Track Singles Series.

Every month beginning in January, Polyvinyl will ship a two-song seven-inch clear vinyl featuring “new tracks, cover songs, or even altered versions of older material” from the label’s roster, including Cloud Nothings, Mikal Cronin, Porcelain Raft, John Vanderslice, Mynabirds, Thao and the Get Down Stay Down, Hospitality, and more. A total of 12 seven-inches (one artist per release) will be shipped over the course of the year; however, they’ll only be available to subscribers of the series and will not be available individually or sold in stores.

Unlike other recent singles series, though, Polyvinyl’s has a hook. According to the label, “The idea (was) simple: send a musician a Tascam 4-track cassette recorder and have them record two songs to tape before mailing it to the next musician to do the same. Though the bands taking part are spread out across genres (and the globe), they are all tied together here for having recorded on the same device. When all was said and done, the 4-track had traveled over 20,000 miles!”

Pre-orders are now ongoing through Polyvinyl’s website. The series is limited to just 500 subscriptions.