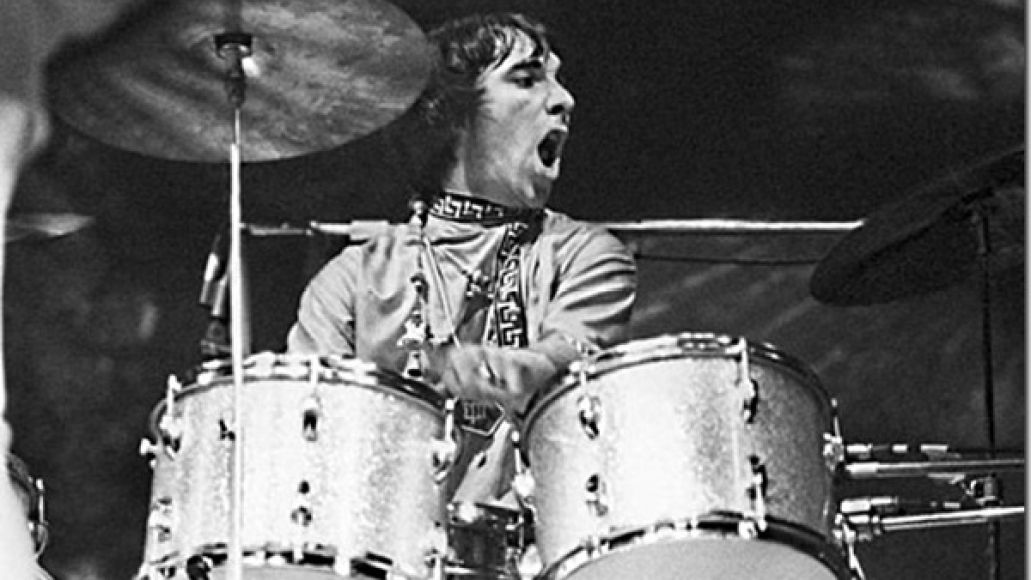 According to The Hollywood Reporter, a long-rumored Keith Moon biopic is officially in the works thanks to a new financing and development agreement between Exclusive Media and Da Vinci Media Ventures. What’s more, The Who frontman Roger Daltrey has tossed his support behind the film, even collaborating with Da Vinci Media’s CEO.

Unlike how that other biopic involving surviving band members is trying to shy away from the hard-and-fast lifestyles of that film’s focus, the currently-unnamed Moon pic is focusing on the drummer’s well-documented partying ways. Though no writer is currently attached, the script will certainly include chandelier swinging and perhaps even swimming Lincoln Continentals.

In a statement, Daltrey said, “The Keith Moon project is one close to my heart so I am excited to reinvigorate it and grateful to Wendy, Toby and Da Vinci for their enthusiastic support.” (Hey Daltrey, if you’re looking for casting ideas, we’ve got an interesting one.)

In more Who news, Daltrey told Rolling Stone that the band’s recently announced 2015 tour won’t exactly be their final one. “We intend to go on doing music until we drop, but we have to be realistic about our age,” Daltrey told RS. “The touring is incredibly grinding on the body and we have to draw a line in the sand somewhere. This will be the last old-fashioned, big tour.” But as for what comes after the tour? “We’re hoping to do an album,” Daltrey said.

While we wait for word on new Who tunes, a deluxe edition of the band’s classic Tommy is out this week. Here are Five Reasons you might like Quadrophenia better.

Roger Daltrey is working on a Keith Moon biopic