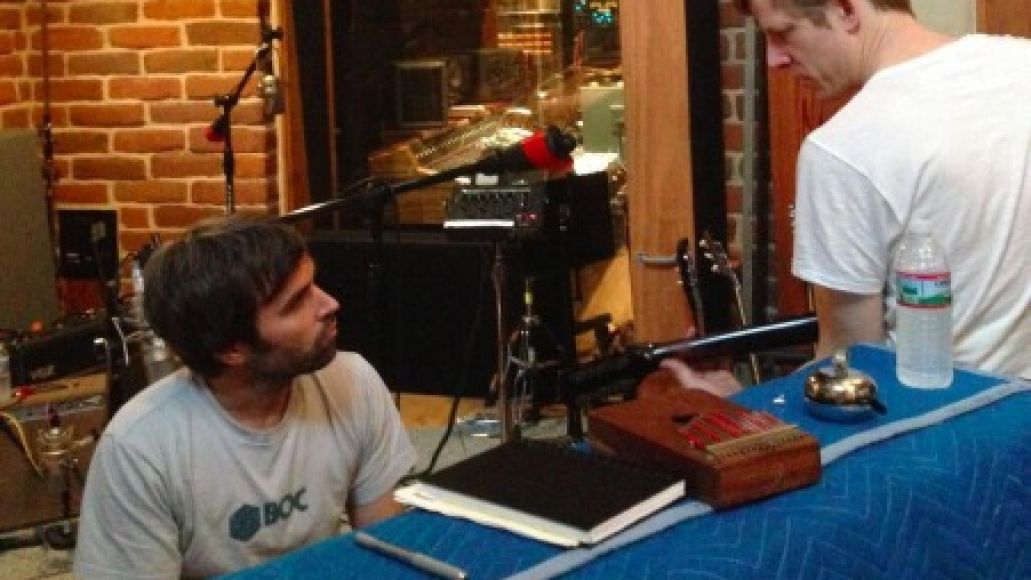 After almost a year and a half touring behind A Thing Called Divine Fits, it looks like Britt Daniel has put his side project with Dan Boeckner on hold and returned to his mainstay outfit, Spoon. A flurry of Instagram activity reveals the band is nearing completion of their much-anticipated follow-up to 2010’s Transference.

Recording for the band’s eighth studio album began in late March/early April at drummer/producer Jim Eno’s Public Hi-Fi Studios in Austin, TX. In a newsletter sent out in May, eight new song titles were announced: “The Rent I Pay”, “Naff Bag”, “Millionaires”, “Let Me Be Mine”, “Modern Girls”, “I Ain’t the One”, “Fresh From Your Pages”, and “Give Me It”. More recently, they’ve hinted at ninth song, “They Want My Soul”, and an unnamed tenth piece that sees the band utilizing a Clap Trap machine for the first time ever.

Speaking about the album’s direction, Daniel told SPIN in April that the band is skewing “slightly more R&B,” adding, “Right now it’s a lot of instrumental music. There were a few tunes that I have written over the last couple of years that I brought in at these rehearsals. And they sounded pretty good, actually. A couple of those, they’re — what are they? — they have slightly more soul than the last record, if anything? Slightly more R&B. And then there’s these instrumental songs. I don’t know how those will end up. I gotta put some words on ’em.”

As of November 19th, Eno appears to be halfway through mixing the record in Buffalo, NY, with Dave Fridmann (Mercury Rev, The Flaming Lips). Taking all of that into account, the possibility of a new Spoon record in 2014 seems quite likely. We’ll keep our eyes glued to the band’s Instagram for more noteworthy items while we await an official announcement.

In the meantime, here’s a photo of the band playing Super Chexx: 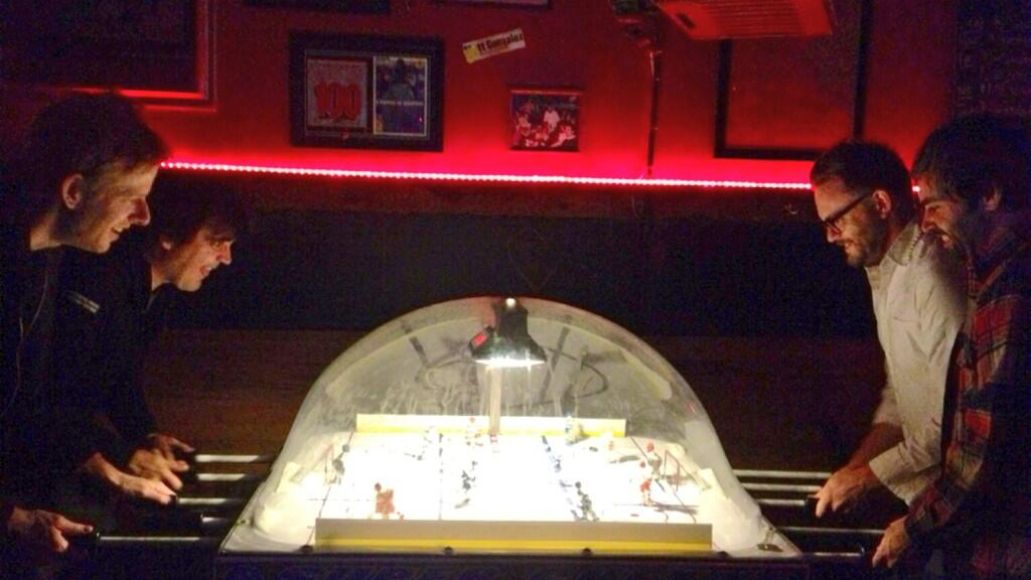