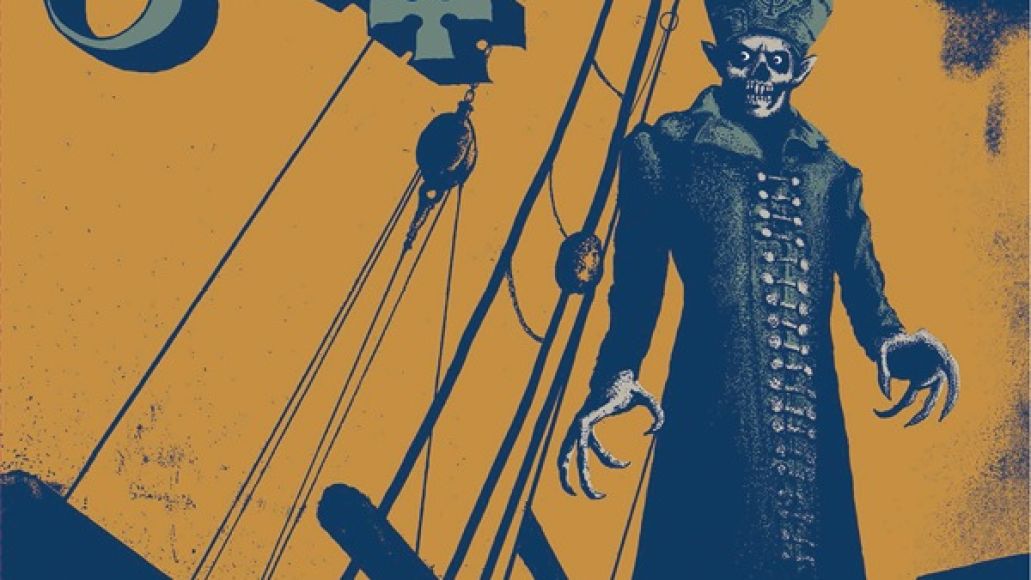 Ghost B.C. isn’t your average everyday Swedish metal papal parodists. They’ve got their own sacrilegious burger, for one thing. For another, they now have a covers EP produced by Dave Grohl. Though If You Have Ghost isn’t due for another week from Loma Vista Recordings, you can stream the five-track release below right now.

Recorded and produced by Grohl, If You Have Ghost takes its name from the opening cut, Roky Erickson’s “If You have Ghosts”. Their take on the track actually comes off as a softer, dare I say prettier, number than the original. Elsewhere, ABBA’s “I Am A Marionette” highlights all the sinister intentions that always lurked in the disco track, while Army of Lovers’ “Crucified” becomes creepy as hell with Papa Emeritus II’s growl. Previously released on a Japanese edition of Infestissumam, this is the first U.S. release of Ghost’s theatrical take on Depeche Mode’s “Waiting for the Night”. There’s also a live version of the track “Secular Haze” recorded at Brooklyn “live ritual” earlier this year.

Stream the whole EP below, then head to iTunes to pre-order the EP digitally, or snag a vinyl or CD bundle including a t-shirt at Ghost’s website.

Stream Ghost B.C.'s Dave Grohl-produced EP, If You Have Ghost